The pilot episode of Zenescope’s and Titmouse’s Grimm Fairy Tales series, which was fully funded through the crowd-funding website Kickstarter, will make its much-anticipated debut at an exclusive event on October 13th in Manhattan. The party will include the main event screening of the pilot and will be preceded by a fairy tale-themed burlesque show performed by the renowned Ink & Paint Burlesque.  Check them out @https://www.facebook.com/inkpaintburlesque

The event is being held at Times Scare @ 669 8th Avenue New York City on Saturday, October 13th, with doors opening at 10pm. After a one hour open bar, the burlesque show will begin at 11pm to be followed by the Grimm Fairy Tales pilot episode.

Tickets for this exclusive event are on sale now but are extremely limited. Tickets are $75 and include one-hour open bar, the Fairy Tale Burlesque show and the main event viewing of the brand new pilot episode. Further, all attendees will receive a signed limited edition art print and a limited edition Grimm Fairy Tales comic book exclusive to the event.

“This screening party will be our first opportunity to show off the animated series so many fans have been waiting for,” said Zenescope’s Marketing Director, Stephen Haberman, “Plus those in attendance are getting open bar, a burlesque show and limited edition gifts. We’re stoked!”

During New York Comic Con there will be a Zenescope panel that will premiere a first look at Zenescope’’s Grimm Fairy Tales the Animated Series. The panel will feature director Jon Schnepp, Grimm Fairy Tales writers and creators Joe Brusha and Ralph Tedesco, actress Brianna Evigan, and other special guests. Like Zenescope @www.zenescope.com/facebook for more details!

About Zenescope Entertainment
Zenescope Entertainment was founded by Joe Brusha and Ralph Tedesco in 2005 and has quickly grown into one of the top comic book and graphic novel publishing companies in the world. Zenescope’s Grimm Fairy Tales, and subsequent spinoff series such as Escape From Wonderland, Neverland and The Piper, put a dark twist on classic fables and are some of the best-selling and longest running original independent comic books on shelves today. Zenescope’s licensed titles include the on-going, critically acclaimed Charmed series, based off of the long-running popular television series, as well as Se7en and Final Destination, based off of New Line Cinema’s successful film franchises.

About Times Scare
TIMES SCARE is a year-round haunted attraction located in the heart of New York City at 42nd and 8th Ave in one of the most haunted buildings in the nation. Times Scare includes a high tech Haunted House that is lurking with psychopathic patients who taunt, chase, and hunt you at every turn, a 300-seat theater featuring nightly performances by Shock Illusionist Dan Sperry in his off-Broadway show entitled “MAGIC SHOW” and much more. The Crypt Cafe inside Times Scare is home to a full menu serving delicacies to die for and two fully stocked themed bars with signature cocktails and a lounge. Whether you are enjoying one of the live shows, braving the haunted house or just stopping by to grab a BITE to eat you won’t want to miss this unique venue on your next trip…we’re dying to serve you! 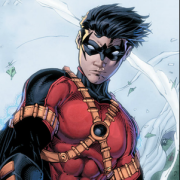