This past Saturday, fans of Felicia Day’s web-series The Guild (2007-2013) were hit with some very exciting news during the show’s 10 year reunion panel at San Diego Comic-Con. The entire cast was present during the panel, including the director Sean Becker, creator and lead actress Felicia Day, and the entire ensemble cast (Jeff Lewis, Sandeep Parikh, Amy Okuda, Robin Thorsen, and Vincent Caso). 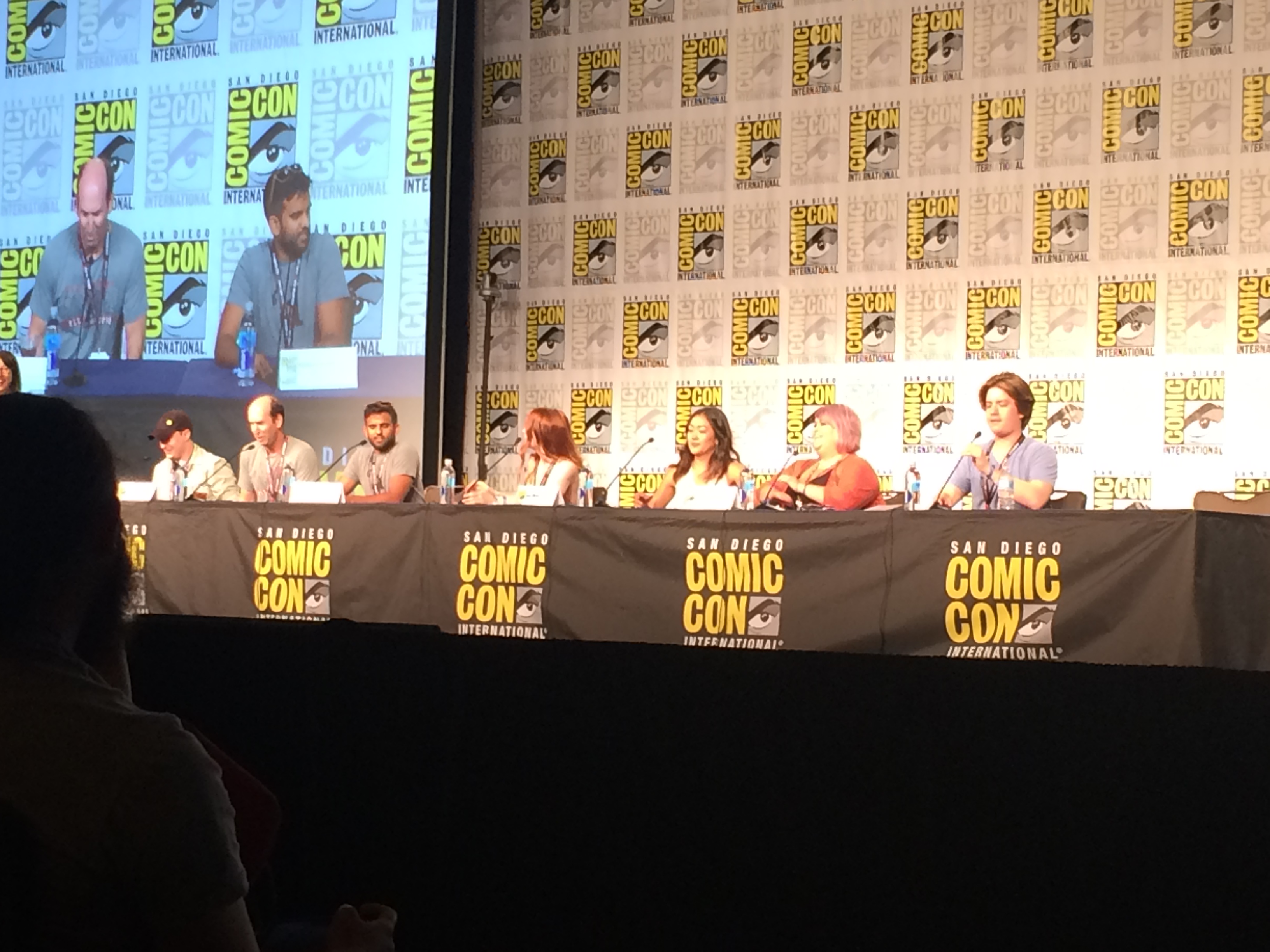 While the panel was filled with a handful of exciting moments for The Guild fans, one announcement sticks out above the rest. Felicia stopped the panel to call the show’s prop designer (who was hiding in the crowd) up to the stage for a special announcement, leaving fans on the edge of their seats as he made his way to the podium.

The announcement: starting next year, Codex’s avatar outfit and staff (seen in the “Do You Wanna Date My Avatar” music video) as well as the original script with all of Felicia’s notes will be added as a permanent exhibition in the Smithsonian Institution.

Sandeep Parikh (Zaboo) joked that the script would be “right next to the Constitution,” causing the crowd to erupt into cheers and laughter.

As a long-time fan of the show, I always knew the cast had formed a close bond with each other and with the show as a whole, but never until this panel could I see how much the experience of working on the show truly impacted everyone involved. A handful of people who had played extras on the show were in the audience (and Felicia made sure everyone knew it). Amy Okuda (who played “Tinkerballa”) talked about how she met her current fiancé on the show and flaunted her breathtaking new diamond ring. Felicia also broke down into tears while reminiscing about the good times she had on the show, causing a butterfly effect with the whole cast that ended in Felicia, Amy, and Robin Thorsen (Clara) all sobbing and hugging each other with the crowd endearingly cheering them on. Admittedly, I got a little choked up myself.

During the panel’s Q&A segment, Felicia also mentioned that she would love to have the characters from The Guild back together again, most likely in the form of an animated cartoon or comic book series, but it is unlikely that the cast will be back for any more live-action reunions. We can only hope!