*Editor’s Note: Mister Sparta is our resident horror film/creature features expert, and every so often he finds his way to see a new release in the theater.

Hey folks, Mister Sparta here. These days, it seems the trend in Hollywood is to take a television show from the 80s and 90s and give it a realistic, sometimes gritty reboot. Transformers, GI Joe, Ninja Turtles, and many others have been given the reboot treatment. And these reboots have not always been received well by audiences. So when it was announced that a reboot of Mighty Morphin Power Rangers was forthcoming, I initially groaned at the idea. I mean come on, why must everything from my childhood be remade and rebooted?

With each passing week, as more and more pictures or trailers were released, I quickly warmed up to it. And then it was released. And you know what? It wasn’t good. It wasn’t great. It. Was. Fantastic!

At it’s core, Power Rangers is pretty much the first episode of Mighty Morphin Power Rangers stretched out to two hours, but it worked by expanding on the backstory of the Power Rangers. It traded the artificial, goody-goody, “we’re the best of friends” dynamic of the original show for a newer, more realistic and relatable set of teenagers with actual attitude, portrayed by Ludi Lin, Naomi Scott, RJ Cyler, Becky G, and Dacre Montgomery as the titular rangers. From implied autism to loner mentality to crippling self-doubt, these new rangers reflected the everyday struggle teenagers face in high school. It made them flawed and fallible, which helped to develop them into heroes you truly want to root for. 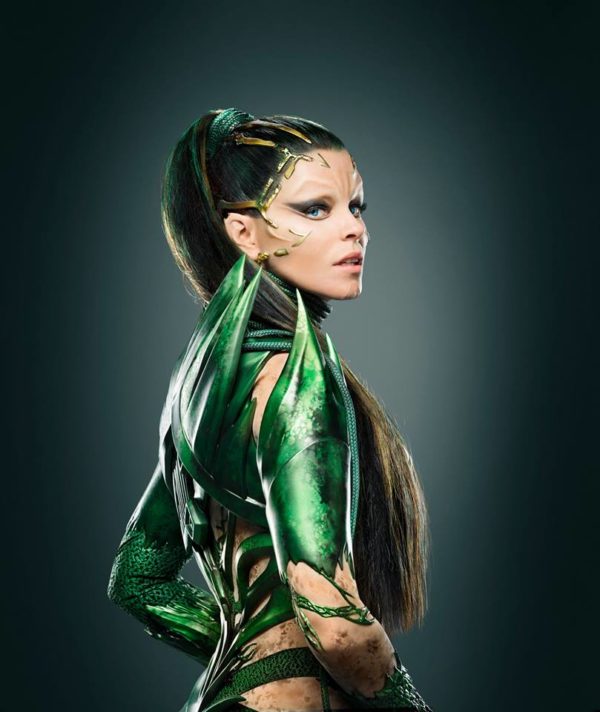 Elizabeth Banks shines as Rita Repulsa, bringing an obsessive lunacy to the character. Bryan Cranston brings a new dimension to Zordon, giving a logical backstory and depth to the Rangers’ mentor.

The story was well written, not too rushed and not too dragged out either. The zords were a tad strange in appearance, looking more at home on the planet Cybertron, but once I saw them in action, I was sold on them. The big monster fight at the end was amazing in it’s simplicity along with great CGI work. The musical score was decent, with a nice throwback to the original theme song.

My only major complaint? A significant lack of the Bulk and Skull characters. Seriously, that’s it. I watched this movie without my nostalgia glasses, I tried to pick this apart, but it is such a solid movie that I can’t find anything too terrible to tear apart.

My final verdict? “Go Go” see it! It’s action-packed and just plain fun. Till next time, this is Mister Sparta reminding you just what time it is…….Morphin Time.