It goes without saying that anytime Dwayne The Rock Johnson is in a film, he’ll bring butts to the movie theater seats.  Some studios have even gone so far as to call him the most consistent theater draw in a decade, and it’s not really all that surprising. 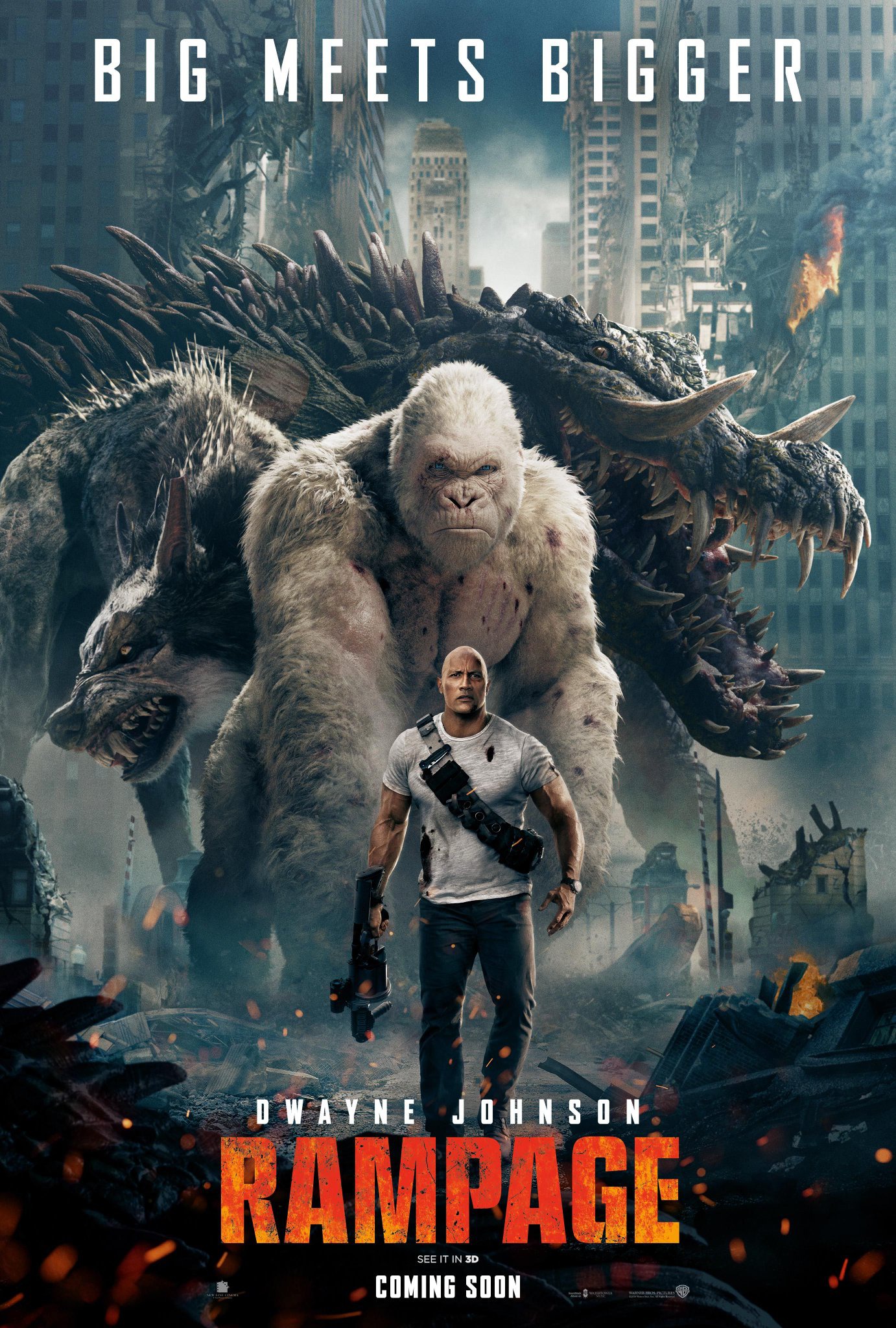 His most recent film Rampage – based on the 1986 Bally Midway arcade game – had all the promise of what we expect from a The Rock film, but with zero follow through.

The trailers were misleading. Everything we were promised in the way of humor and typical dad jokes in a ridiculous setting of a giant gorilla named George fighting a flying wolf and a mutant alligator didn’t happen.

One of the two biggest laughs in the actual film is in the trailer, which as you know for me is a major point deduction (in this case, 2). Here’s the most recent trailer:

Sure, maybe I’m too hard on a film which everyone is already loving, but, what about standards?  An 80’s video game is not the pinnacle of entertainment, but it shouldn’t have felt like an exercise in futility and CGI.

Seeing Curious George flipping off The Rock was awesome, and I would have enjoyed a film with nothing but that.  Their broness was well realized, and I had no issue believing their relationship from the get go.

One particular thing that really bothered me was the aftermath of the large Chicago building collapsing.  It comes after a particularly big fight, and we knew that skyscraper was coming down.  What I personally was NOT expecting was the heavily 9/11 visual influences.  The sky turns dark and grey, the air is filled with snow-like ash, and the hulking remnants of twisted metal are everywhere.

Two of the characters stumble around, and there is a shot of a family being reunited with their child as emergency workers respond. I can’t quantify it, but it really REALLY bothered me.  (Frak off, jerk who commented “it’s been 20 years, get over it”.  You don’t know me or my familial connection with the event in question so back off, keyboard commando.)

Maybe it was on purpose, and if so, I’ll move it up to “The Good”, but freaking Joe Manganiello vs the giant wolf was both hilarious and horrible.  Remember when he was a werewolf in True Blood?  Yeah.  Just keep that in mind when you see the film, it makes it funny.