With the sadly underwhelming outcome of X-Men Origins: Wolverine, Hugh Jackman, the long-running film version of the clawed canuck, promises to make-up for the shortcomings of his original solo film. By going back to the comic roots of his truly original solo spout, The Wolverine is drawing heavily, if not entirely, from 1982’s self-titled four part mini-series. Written by acclaimed X-Men scriber Chris Claremont and penciled by the up-and-coming comic book celebrity that was then Frank Miller, its narrative was somewhat…unexpected.

Up until that point, the enigmatic Weapon X was portrayed as the man with no name, having back-story anonymity that tantalizingly provoked him to spontaneous bouts of uncontrollable berserker aggression. Quick to snarky cynics and washing it down with a cold one, he epitomized the oversaturated comic book anti-hero mold of the 70’s and 80’s, now replacing the truth, justice, and American way with a sense of violence macho gusto. The Silver Age heyday of Marvel was riddled with team-member trifles, from Hawkeyes bull’s-eye quips against Captain America’s leadership (The Avengers) to the Things reluctant attitude and sitcom-like aggravation with Reed and Johnny (Fantastic Four), but Logan edgily redefined what it was to be the resident so-called “bad boy,” heightening the self-interest and belligerence with testosterone-stoked “oorah!”

Under this formula, Wolvie rose to such popularity that he escalated into both the face of the X-Men but ultimately one of Marvel’s top tier poster boys. In fact, it can be easily argued that he may have attention-whorishly achieved a medal for now being the most omnipresent Marvel personality of all-time. His increasing success inevitably led to a solo title segregating him apart from his mutant colleges. This integrated more of the brooding and gruff loner into his traits, only half-heartedly participating in Xavier’s teamwork and yet contradictory being still somehow dependable. The issue was that Claremont himself admittedly limited his options, the well running dry of Eastwood-like antics.

Wolverine’s initial launch into solo territory shook up these perceptions. Logan opts to take a sort of spirit journey to Japan. Attempting to discover some sort of solace or tranquility to tame his bestial side, Logan desperately tries to be something more than ronin in a land saturated with ancient warriors. Claremont delves into remarkably philosophical territories while integrating Japanese culture into the mix, minimally exploring the Canadians untouched history and more so investigating his insecurities and oft denied internal sensitivities. Here our clawed protagonist encounters antagonism in the Silver Samurai and Daredevil foe group, The Hand. Brutal leftovers of the land of the rising sun, they deeply parallel Wolverines own search for personal honor with other side of the coin dichotomy. Decades later, it still remains one of Miller and Claremont’s most visceral symbolist endeavors, comparing and contrasting Americana with that of the Japanese, and an integral pillar in the mythos. How much the film will remain faithful to the source material still remains in limbo but…needless to say…it’s sure to put the “SNIKT!” into theaters regardless. Let’s just hope that this time he really is the best there is at what he does… 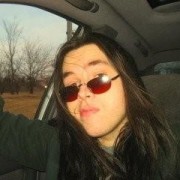