Sean Astin has returned to one of his landmark and beloved roles….but it’s for a KFC commercial. Yes, this is a real thing that is happening, and we’re not sure how we feel about it.

Behold, “Rudy II,” an add in which Astin, as Rudy, sets out on a new life goal. To become Colonel Sanders. 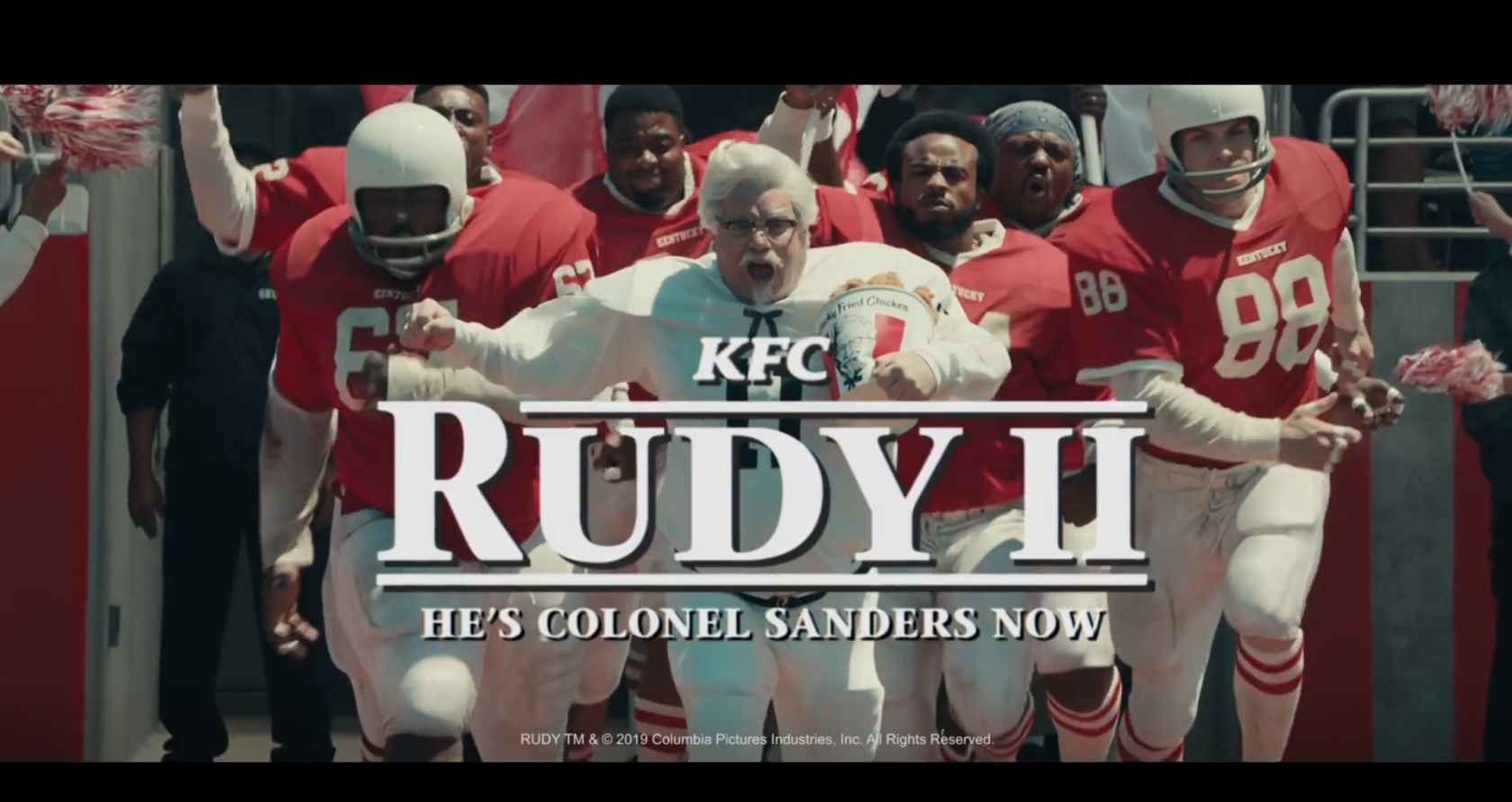 “When KFC approached me to reprise the role of Rudy, but play him as Colonel Sanders, I knew this was something I couldn’t pass up,” Astin said in a statement. “Getting to recreate some of the film’s iconic scenes with a KFC spin was such a fun experience.”

AdWeek says there are four ads are scheduled to run in the “Rudy II” campaign from September until November. You can also see the commercials on their website here.