There was time before I got introduced to the world of Redlettermedia’s Best of the Worst series and schlock movies, and after. I mean, I know I’ve watched many a bad film before early last year, but those do not compare to what I have witnessed since. It takes a certain patience and a few tries to get into this realm of creativity. YES, this is probably the most popular bad movie out there, but it deserves admiration til the end of time. It follows the tense love triangle of actor/director/writer/ Tommy Wiseau, his fiancee Lisa, and best friend Mark. If you haven’t seen this cult favorite, please do yourself a favor and do so. The Disaster Artist, a documentary about the making of this film and its later reception, is slated to be released December 2017. 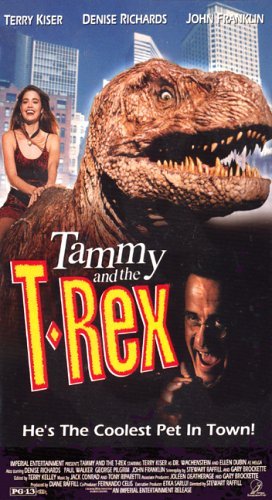 Starring some pretty well-known actors, Tammy and the T-Rex follows a mad scientist as he places the brain of murdered high school student Michael (Paul Walker) into a t-rex. Chaos ensues as he comes back to life, putting some hurt on past bullies, while his girlfriend (Denise Richards), yearns to be reunited with him.  Yeah, I’m as confused as you are and I’ve completed this film. 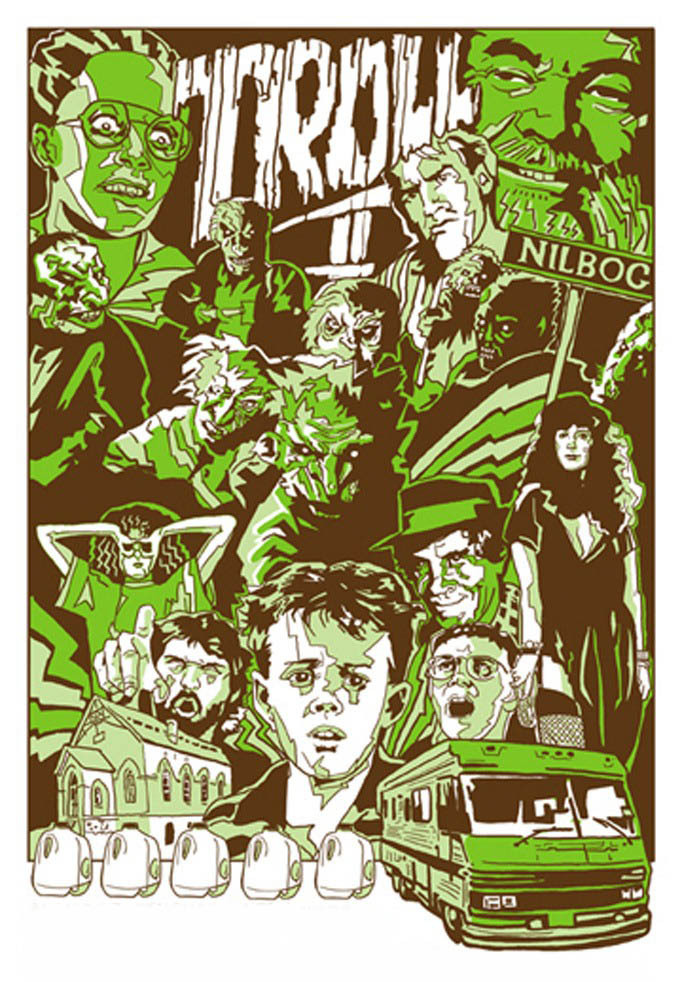 Ohhhh Troll 2, you beautiful movie you. Along with The Room, this is high up there in respected bad movies. Not having to do much with its predecessor Troll, it follows a family’s vacation into a remote town of goblins disguised as humans. No other movie could include jokes about pissing (literally) on hospitality and a witch seducing a teenage boy with an ear of corn.

Honestly this poster speaks for itself. Only in the ’80s could a MARTIAL ARTS ROCK BAND have mad beef with local MOTORCYCLE NINJAS. The music numbers performed by Dragon Sound will be stuck in your head for weeks. You’re welcome. 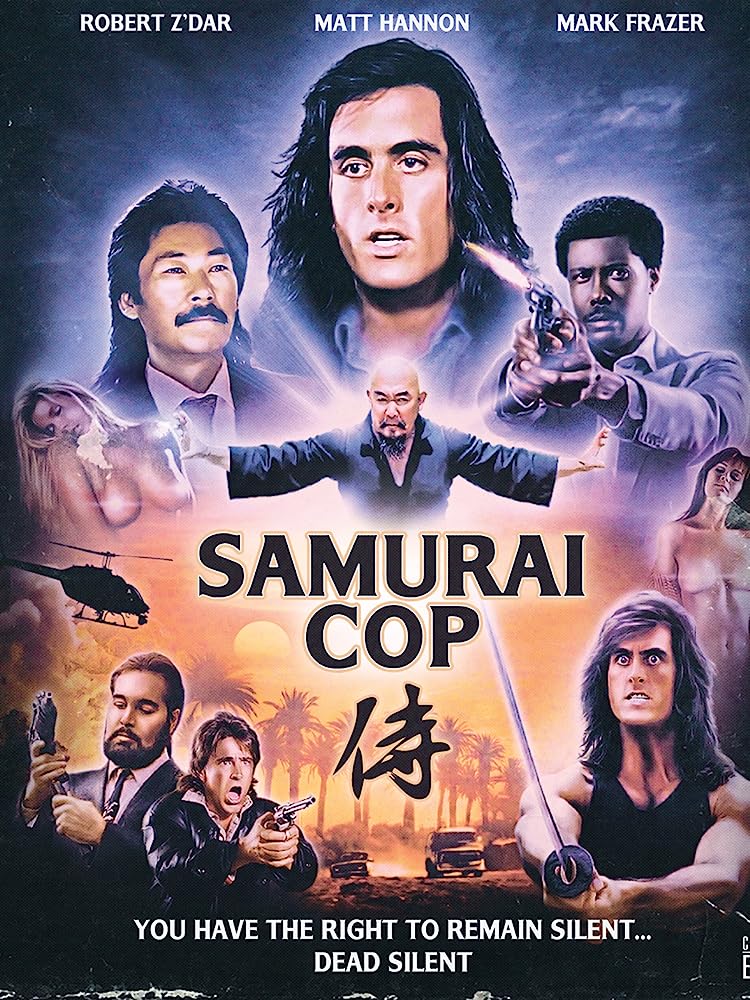 Similar to style and plot of Miami Connection, Samurai Cop follows two cops as they work to break up the area’s lead gang on their quest to be the on the forefront of Los Angeles’s drug trade. My favorite game to play while watching this: count how many times the protagonist’s wig (hair was cut post-production) comes and goes. 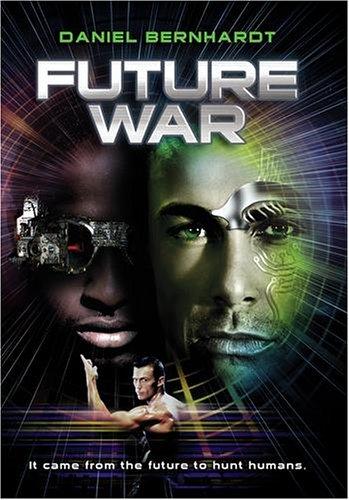 Spoilers: that dude on the left in the poster doesn’t show up at all in this 90 minute puzzle. Felt I had to warn you. This movie is basically Terminator. Except not really, and includes way more cardboard boxes for a set and shattering glass sound effects when no glass is involved. 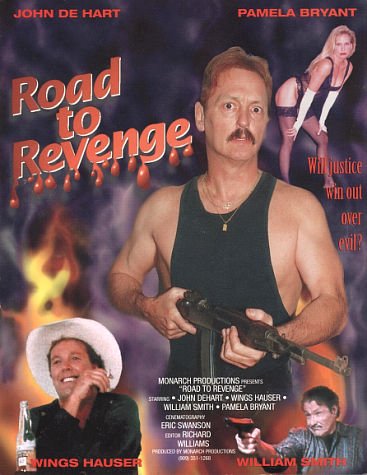 If anything, watch this vanity project for the original songs performed by director and star John De Hart. De Hart, an ex-cop, comes back guns blazing to stop the satanic cult that has taken over his town. Seriously, at least look up the songs from this movie.

Now I can’t say The Amazing Bulk is The Room of superhero movies (c’mon James Depaolo), like at all, but this movie is without a doubt the worst made movie I’ve ever seen. It was filmed completely on green screen and compiled with Microsoft Word clip-art. The plot isn’t important, but there will be plenty of laughs while watching. 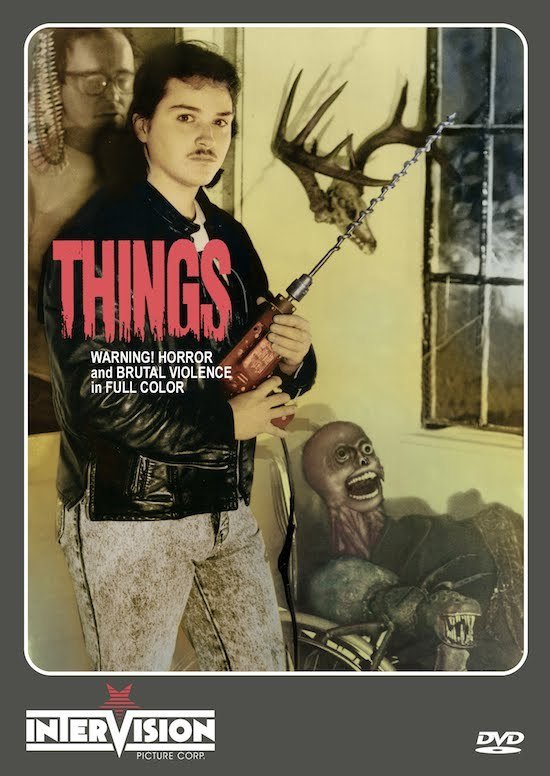 The only horror film on this list, Things follows two men as they visit their friend on the eve of a life-changing night. Said friend and his wife are struggling with having a child, so they give permission to let their doctor experiment, leading to the birth of the “thing”.  I don’t want to say too much though. There isn’t a coherent way to convey how weird and for a niche audience this is, but if you enjoy some terrible graphics, dubbed dialogue, and a sick synth soundtrack definitely check Things out. 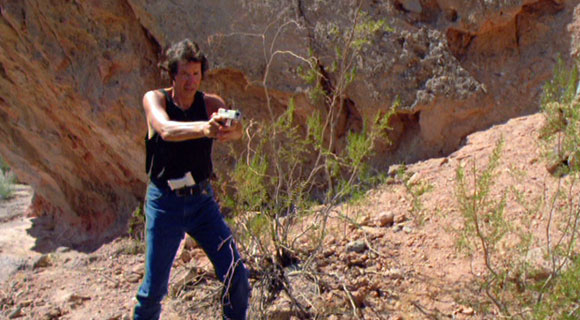 I’ll just leave you with this video of Redlettermedia’s Rich Evans trying to explain what Breen’s first feature film, Double Down, is about.