Skip to content
Share7
Tweet
Pin
Share
7 Shares
“Bill & Ted: Face The Music” will be released this memorial day weekend in select theaters and VOD. This will be one of the few films going this route. As proven by the film “Trolls,” “Invisible Man” and “The Hunt,” you can still succeeded with a limited release if not more than in theaters. But as we try to recover from the state of the world and with the more growing success of streaming services will this be the way of the future for new release? I guess time will tell.
In “Bill & Ted Face the Music,” the stakes are higher than ever for the time-traveling exploits of William “Bill” S. Preston Esq. and Theodore “Ted” Logan.  Yet to fulfill their rock and roll destiny, the now middle aged best friends set out on a new adventure when a visitor from the future warns them that only their song can save life as we know it. Along the way, they will be helped by their daughters, a new batch of historical figures, and a few music legends – to seek the song that will set their world right and bring harmony in the universe. 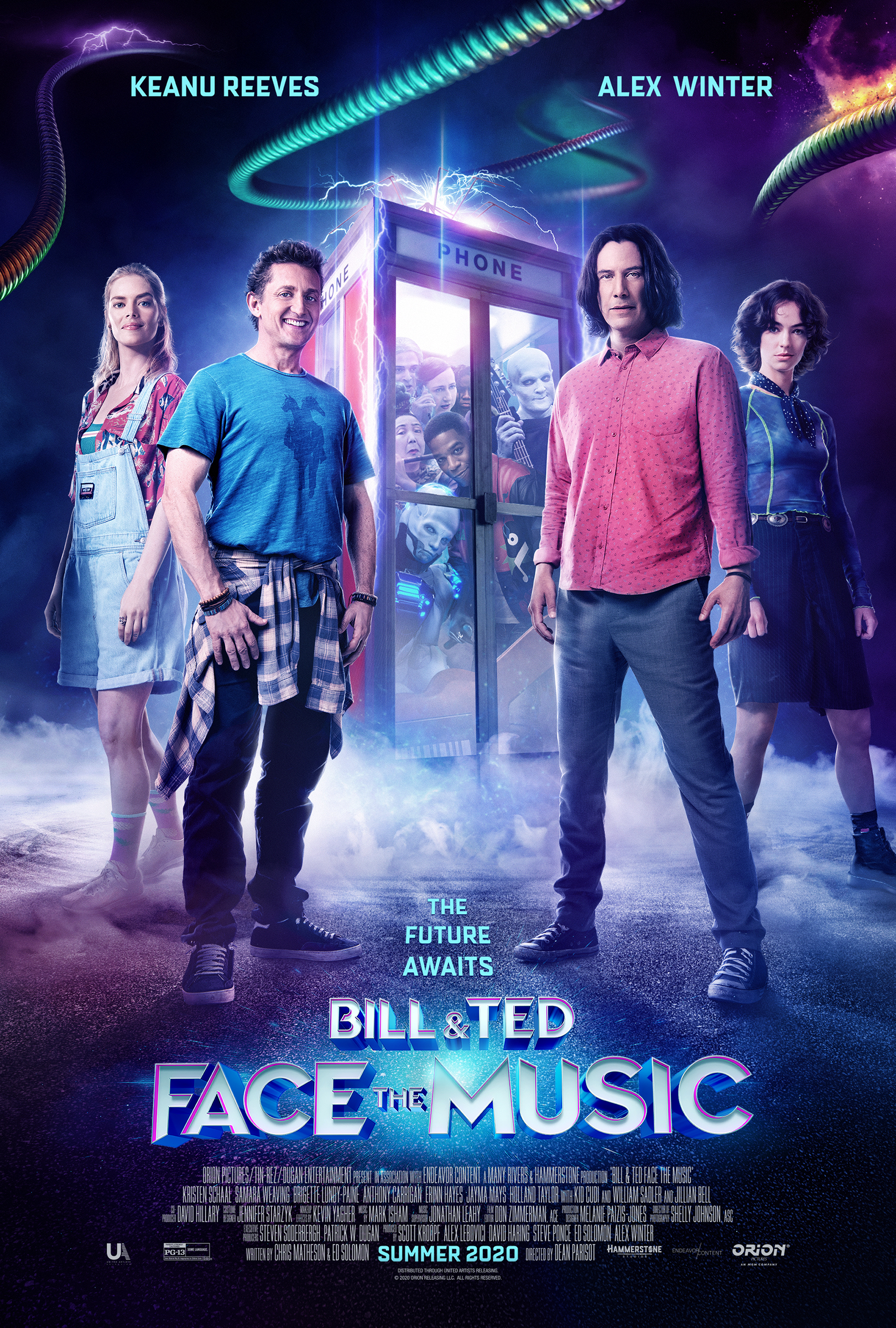 The film will release in theaters on September 1st 2020, Labor Day Weekend, and also select video on demand streaming services.

Also, remember to check out the movie’s SDCC At Home panel later today!