Dragon Con is a truly one of a kind convention experience that happens in Atlanta annually during the Labor Day weekend.  If you enjoy cosplay, spectacle, and the nerd family gathering of your dreams, it’s the event for you.

One of the neatest things you’ll experience is the costumes. Everything under the sun you’ve ever wanted to see brought to life in cosplay from the truly obscure to current pop-culture phenomenon you’ll more than likely see.

We managed to catch up with one of our favorite costumers (and photography subjects you keen-eyed Aggressors may notice) Vienna La Rouge while in Atlanta in her FANTASTIC  Atomic Blonde Lorraine Broughton costume. 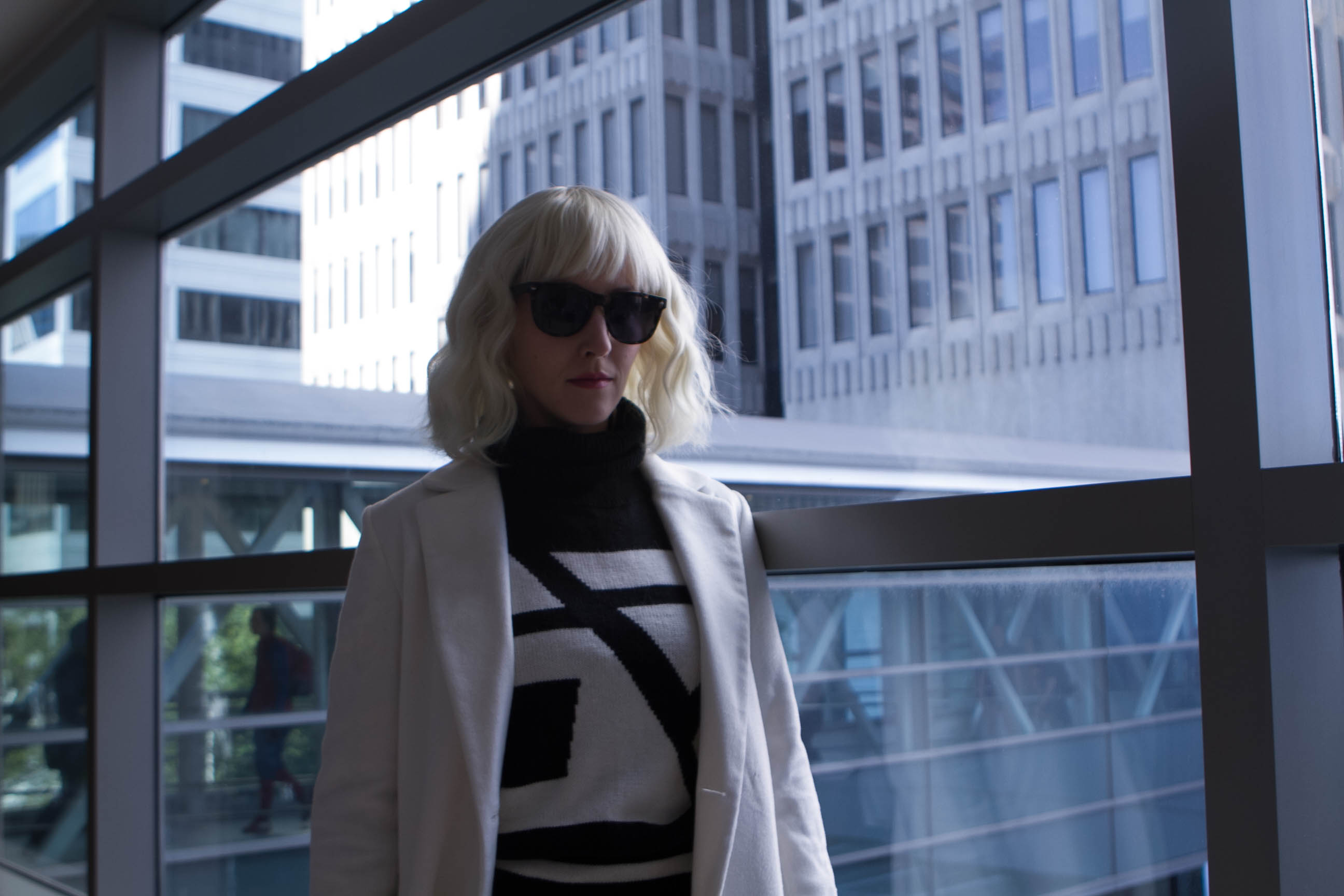 I was inspired to cosplay Lorraine because I found the role that was created for her character in the film, was not the classic trope associated with female action heroes. They gave Lorraine a believable persona, made her sexy by her sheer level of skill as a fighter and her sense of agency; all of which has very little to do with sex. Like the amazing soundtrack and her style, the sex was just the icing on the cake, rather than her purpose. With that said, I felt this film gave us bisexual representation, in what is normally a straight cis male oriented genre.

This made her attractive to me on many levels, and motivated me to create a cosplay version of her.  To put it simply; I felt powerful, stylish and ‘cool’ as Lorraine, like no one would mess with me.

(Editor’s note: I asked Vienna if she felt like beating up any of the dudebros causing problems this year, and her response was classic)

Haha! I don’t plan on beating up any guys in hotel rooms with hoses, but after seeing Charlize do it, I feel like it was a lesson on how…should I ever need to.

Keep an eye out on our facebook feed for more epic cosplay from Dragon Con!