CPM Manga’s Nadesico has a few covers that connect together. Here’s one set. 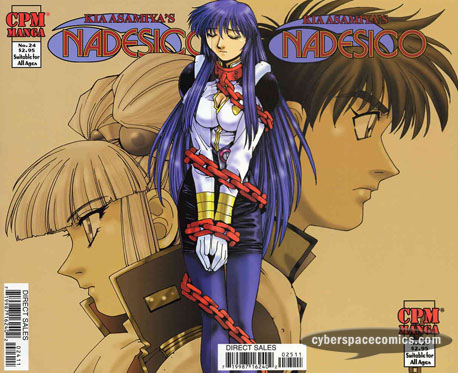 On Ebay: Nadesico
On AtomicAvenue: Nadesico