With years spent reading single issues here and there, juggling storylines of dozens of titles, I decided it was time to find a better way to read comics. So, it was off to the back issue bins armed with the longest want list you’ve ever seen! Putting together series after series and reading them in their complete goodness, I was reborn as the Comics Binge-Reader! 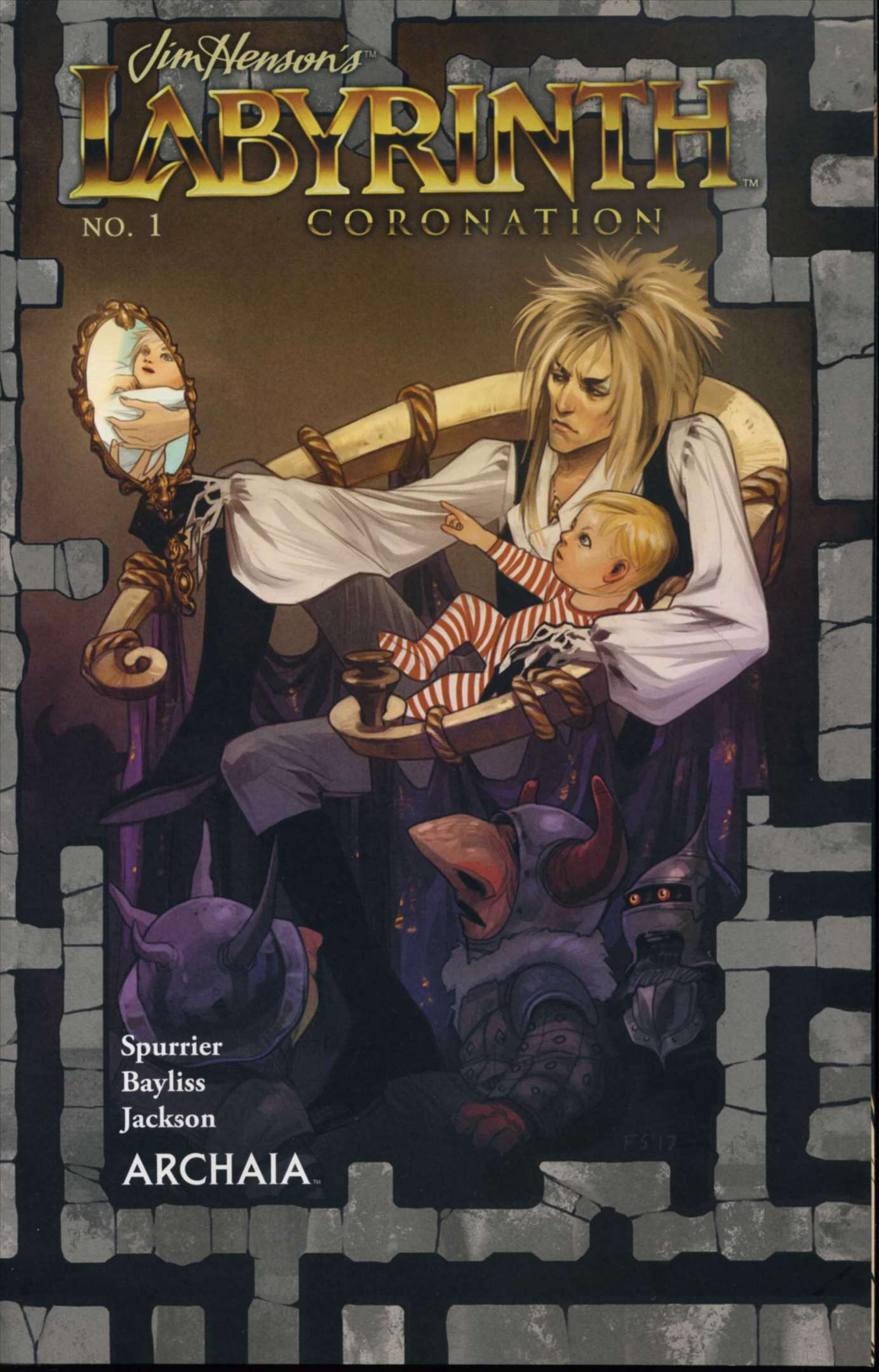 This tale is set squarely within the confines of the original film. While the film focuses mostly on what Sarah is doing, this series spotlights Jareth the Goblin King

as he tells a story to a goblin named Beetleglum. His story begins in the Republic of Venice, in the year 1797, where Lord Albert Tyton has been hiding from familial obligations. When his father demands that he return to London, Albert decides he must leave his commoner wife (Maria) and child behind. To save himself from the embarrassment of the situation, he makes a wish for the Goblins to take his son. Immediately, Maria and the young boy are transported to the Labyrinth. There, they are met by the Owl King – the Lord of the Labyrinth. His enforcer, Septimus (a beast that seems to share the same species as Ludo), takes the boy while Maria is expelled back to Venice.

Through his crystal ball, the Owl King spies Maria, desperate to recover her son. In an arrogant move, he transports her back to the Labyrinth and offers her a challenge. If she can reach the castle at the center of the Labyrinth in thirteen hours, she can have her child back. If not, the Owl King will use the child’s youth to extend his rule over the Labyrinth and cement his tenuous control over the goblins that live there. 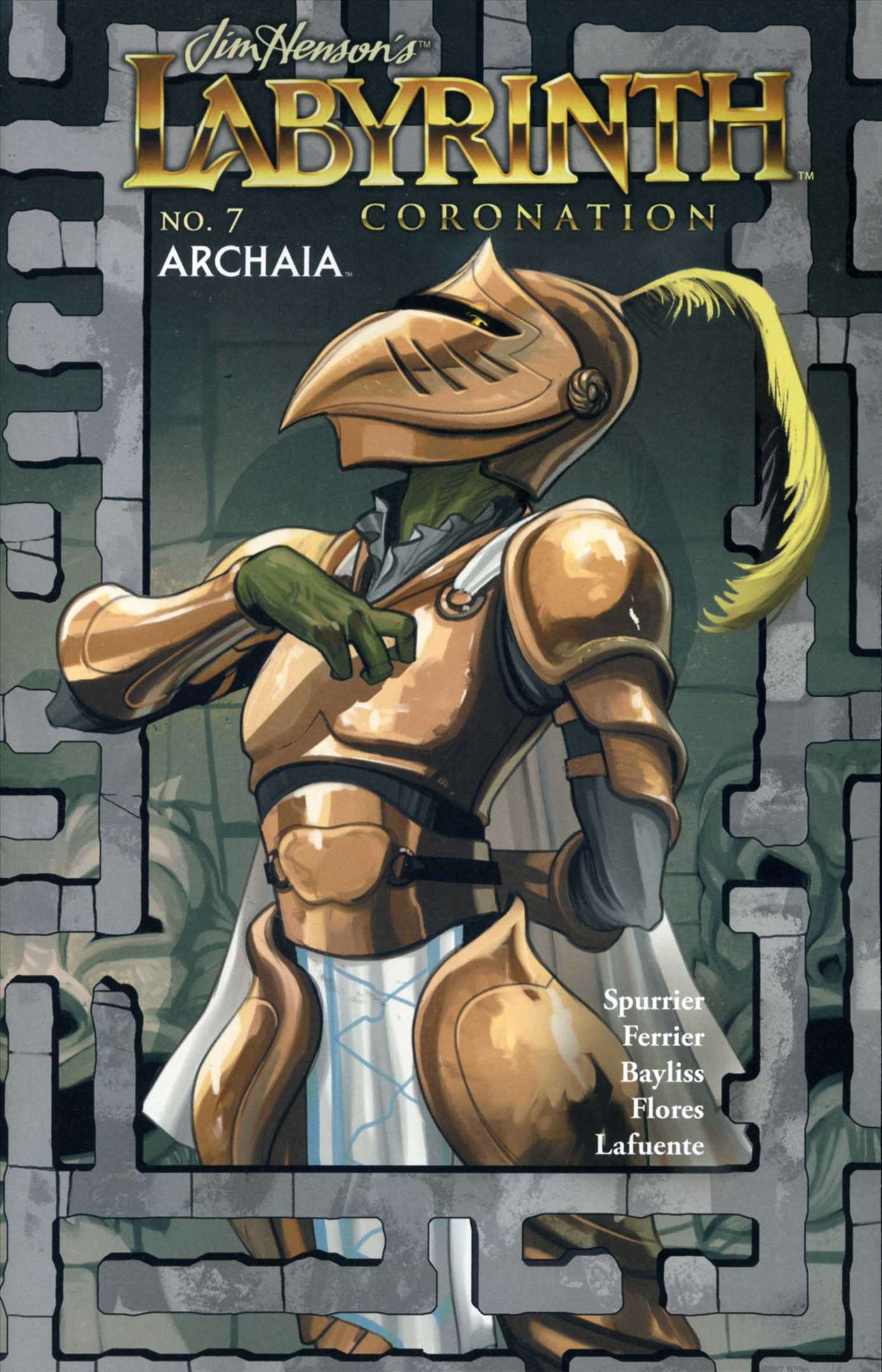 Along the way, Maria meets some interesting creatures that help her on her quest. She meets Sir Skubbin, Knight of the Order of the Garderobe in issue #2; a noble-hearted goblin that seems to be failing miserably at being a villain. In issue #4, Maria and Skubbin help free the Tangle (a living tangle of thorny rose branches) from captivity, earning its companionship. Finally, Maria recruits the aid of a pink worm named Cible in issue #6. Cible’s life-goal is to fight for the rights of goblins repressed by the Owl King. Maria and her three companions, along with an army of goblins, end up storming the Owl King’s castle as issue #9 draws to a close.

Will our heroes reach the center of the Labyrinth in time to rescue the child? Can they assist in over-throwing the Owl King’s rule of the goblins? And, just what does this story of a young infant boy have to do with Jareth?

The Bad: As interesting as the characters were in the original film, much of its charm is owed to the Labyrinth itself. The film explores lots of strange places and creatures that reside within the Labyrinth that leave a lasting impression on you. If you’ve seen the film, I’m sure the mere mention of Helping Hands, Door Knockers, or Fireys will spur a visual memory. And, while this story explores a couple new areas and creatures, there are none so memorable as the ones seen in the film.

The Good: If you’re like me, you’ve been waiting for more Labyrinth stories for decades. That’s a tough set of shoes to fill for this, the very first Labyrinth series (yes, we’ve had brief stories here and there). However, Simon Spurrier’s decision to embed this story firmly within the original film itself was an excellent idea. He uses familiar dialogue taken right from the movie to continuously cement the timeline you’re experiencing to great effect.

The art by Bayliss is very fitting with the tone of the original film and the characters he uses are instantly recognizable. Even the background goblins he uses are excellent illustrations of minor characters from the movie. His attention to these small details is much appreciated by this long-time Labyrinth fan.

Mirroring the original film’s plot was also an effective way of engaging the reader. It’s like covering a hit song. The creators play the riffs that made the original story so appealing, while giving it an all-new take. This story is also not without its own twists & turns and revelations about some of the characters add new depth to the original film. Many times, comics based on licensed properties fall flat. With Labyrinth: Coronation, that is not the case at all. This will surely catch the interest of any true Labyrinth fan.

In My eBay Store: Labyrinth