In 1984, Marvel Comics debuted a Transformers mini-series that proved so popular, they extended it into an ongoing series. One that lasted for 80 issues! Twenty years after it first hit stands, Titan Books (a UK publisher), reprinted this series in fourteen individual collections. Every two collections can be combined to make one image. 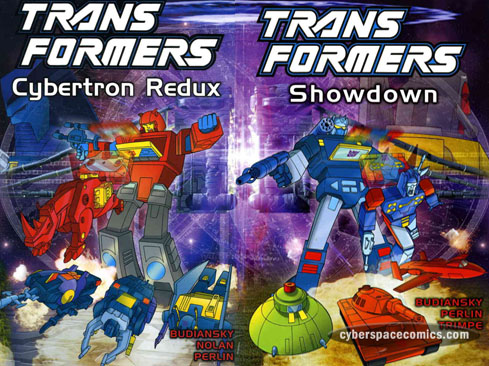