We LOVE “Vikings,” have since we first encountered the cast waaaay back when at a Wonder Con pressroom before the show even aired. Meeting and reconnecting with other fans of the HISTORY series each year at Dragon Con has certainly been a highlight.

2019’s Raid of Vikings boasted the largest turnout for the group yet, well over 150 warriors and shieldmaidens gathered in our usual spot- which we QUICKLY outgrew and had to move to an outside photoshoot location- to celebrate the shared love of Michael Hirst‘s 6-season series. 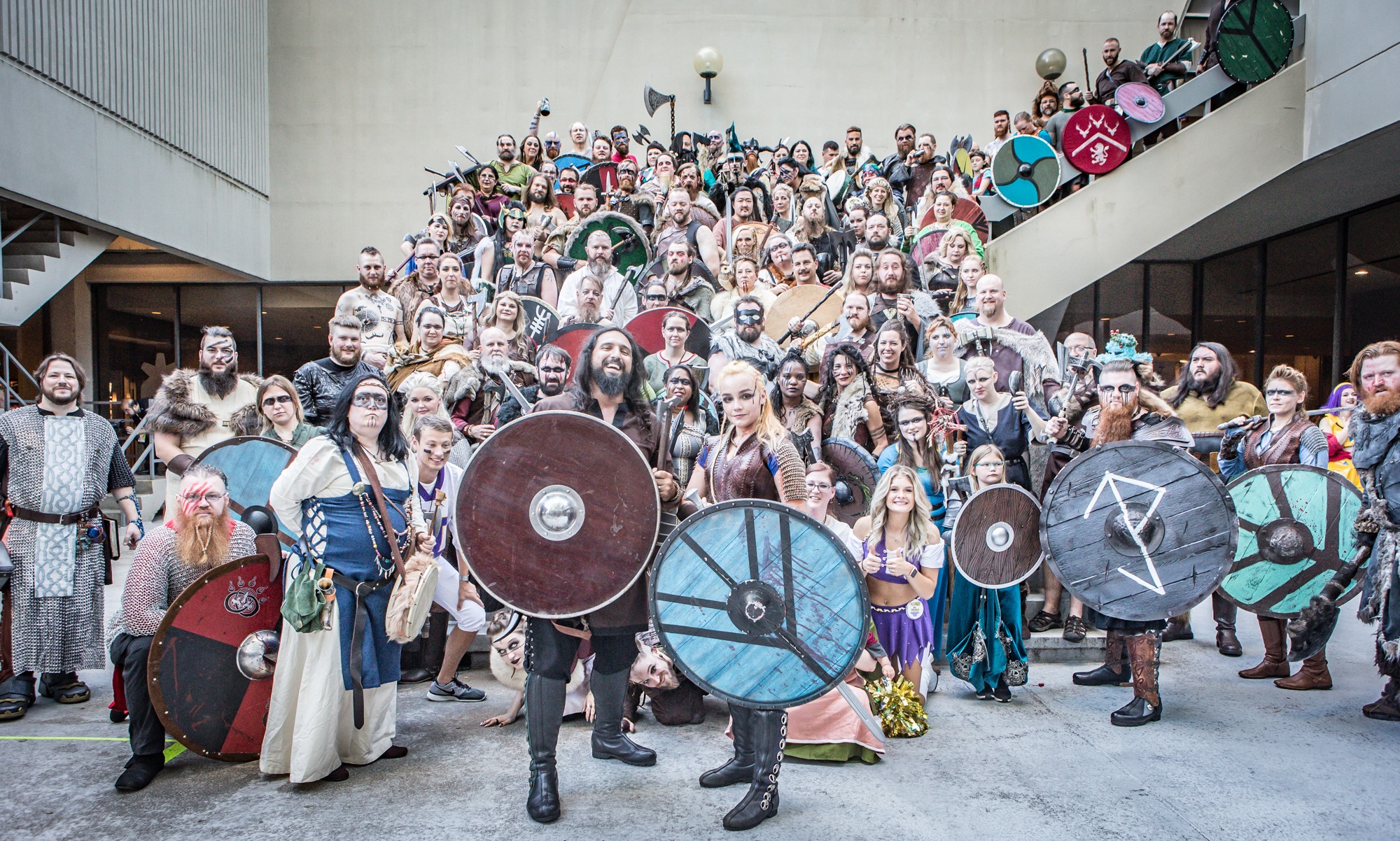 Unbeknownst to many of the gathered cosplayers- a plan was formulated by Lagertha (played in the show by Katheryn Winnick) costumer Victoria. She was planning to propose to her boyfriend, Rollo (played in the series by Clive Standen) cosplayer Andrew, and wanted to do it in front of the entire shieldwall.

We can mention also, our own personal history seeing these two at various photoshoots over the years at Dragon Con, like this “Game of Thrones” shoot from 2012, and Raid of Vikings in 2016 and 2017. 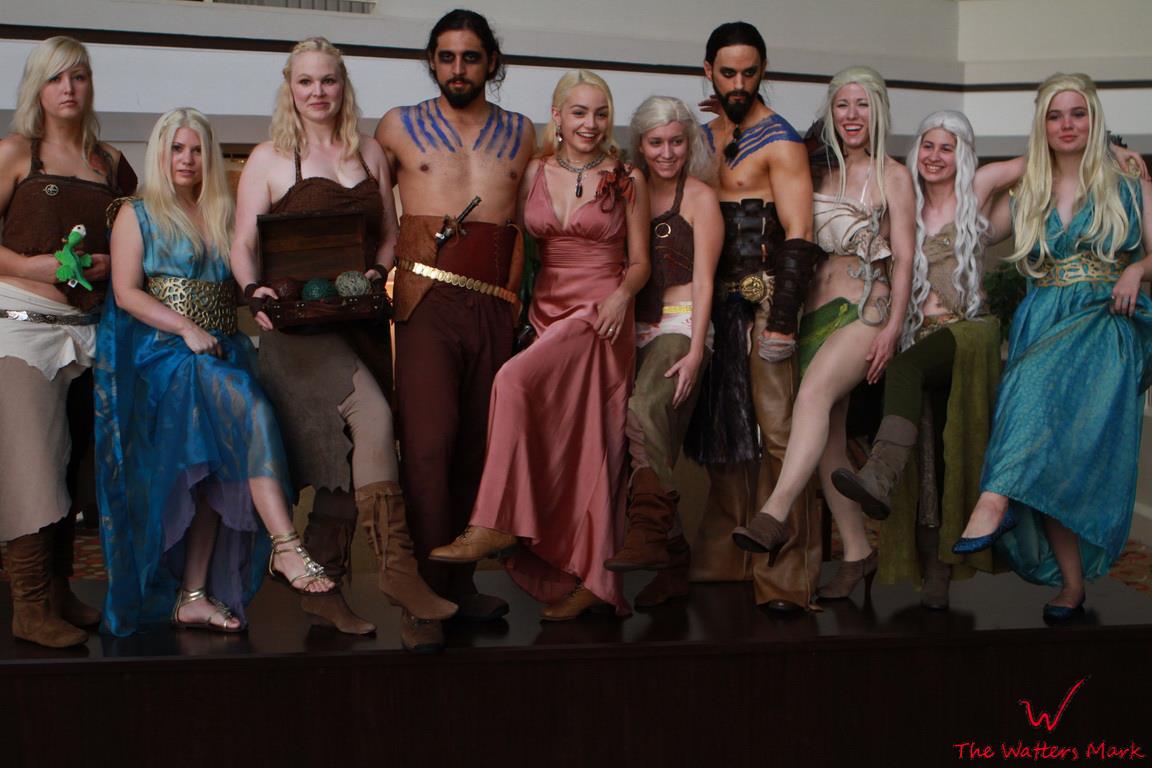 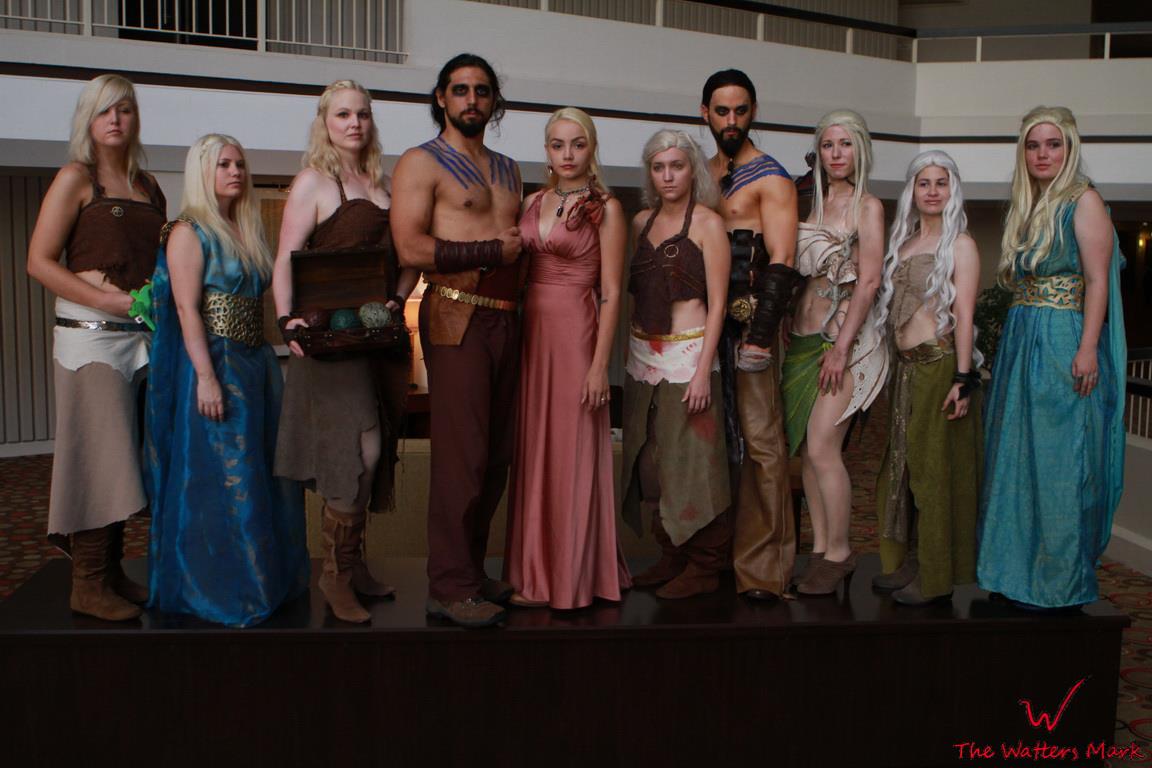 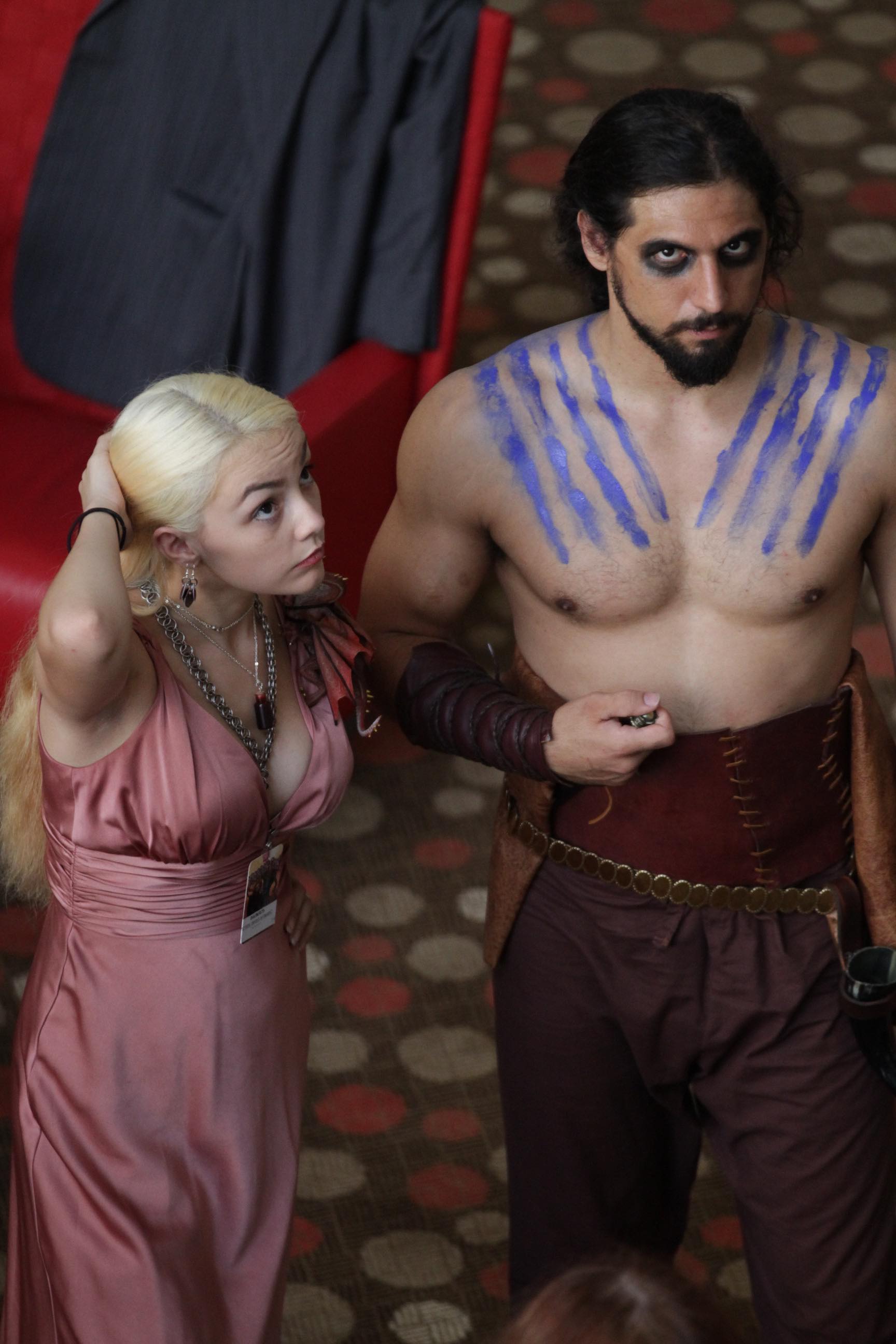 In any case, here’s Andrew and Victoria in the middle of the main shoot, before the proposal.

As Victoria brought Andrew down from the stairs for a more posed photo (or so he thought), you could see the smiles begin to touch the faces of everyone in the gathering.

She took a knee, with her shield in hand, and presented him with a Celtic knot ring. 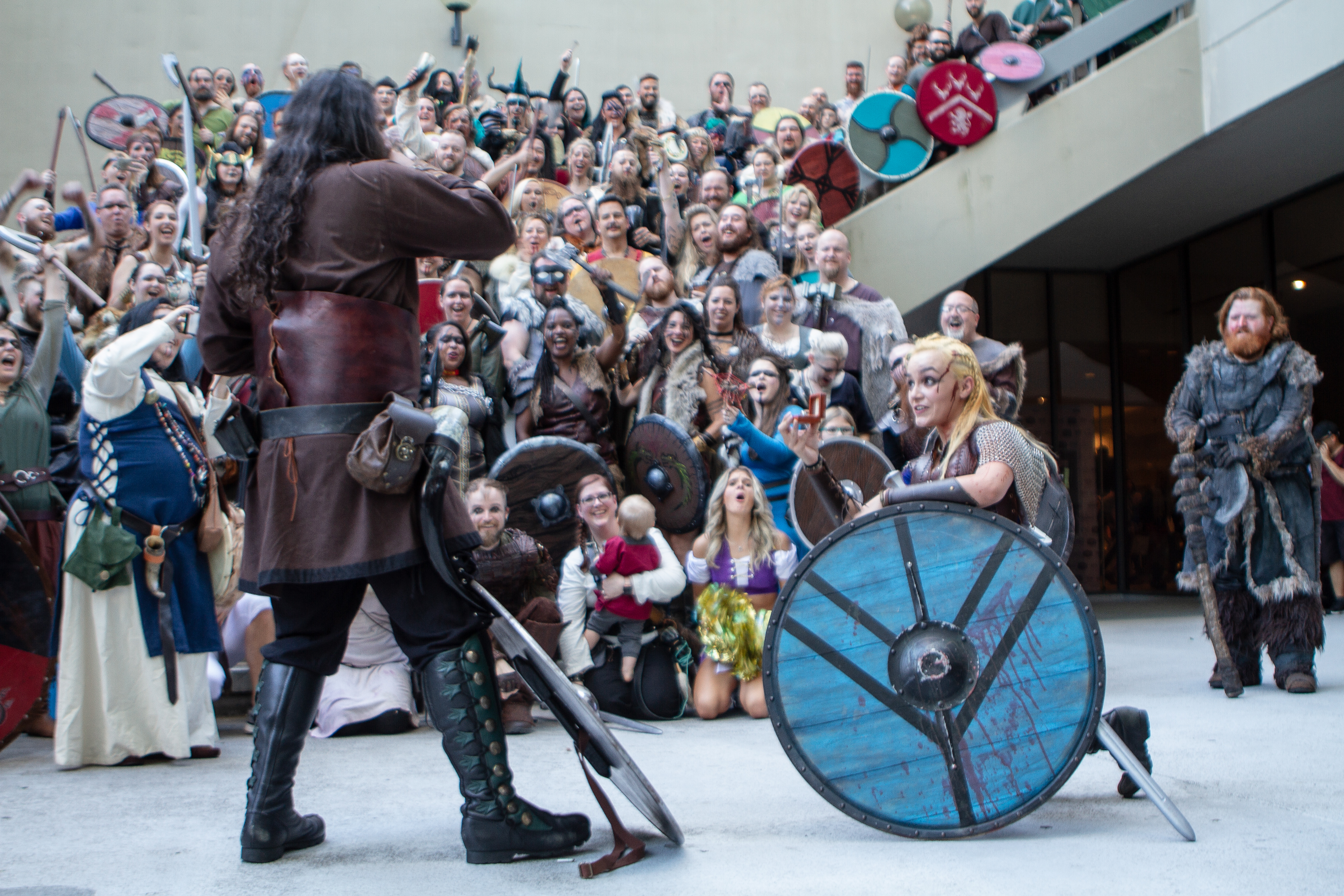 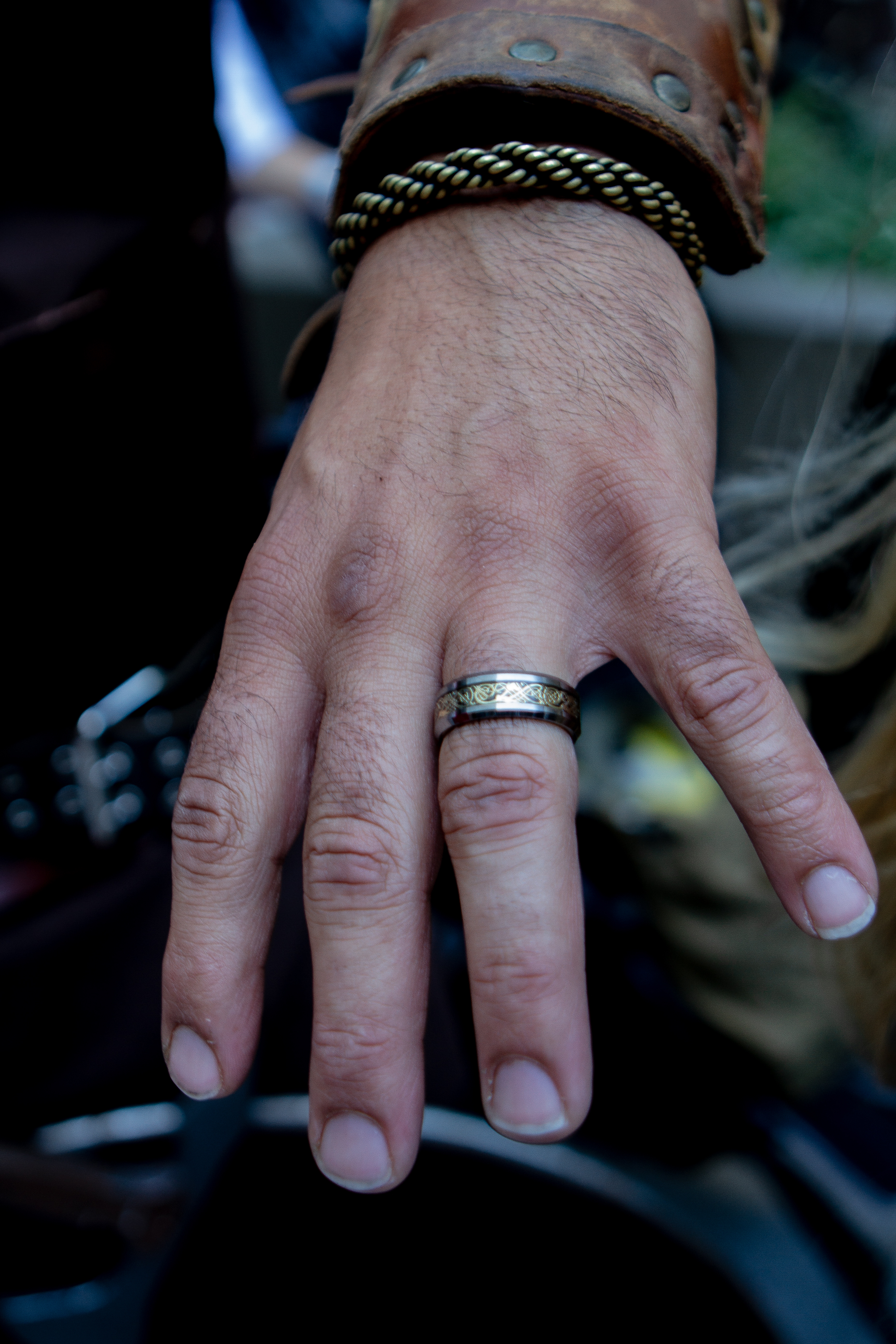 His reaction was so damn pure- Andrew literally jumped for joy before he snapped Victoria up in a massive bear hug, swinging her around in contagious bliss. He lifted her up in celebration too, their smiles the best thing we saw all con. 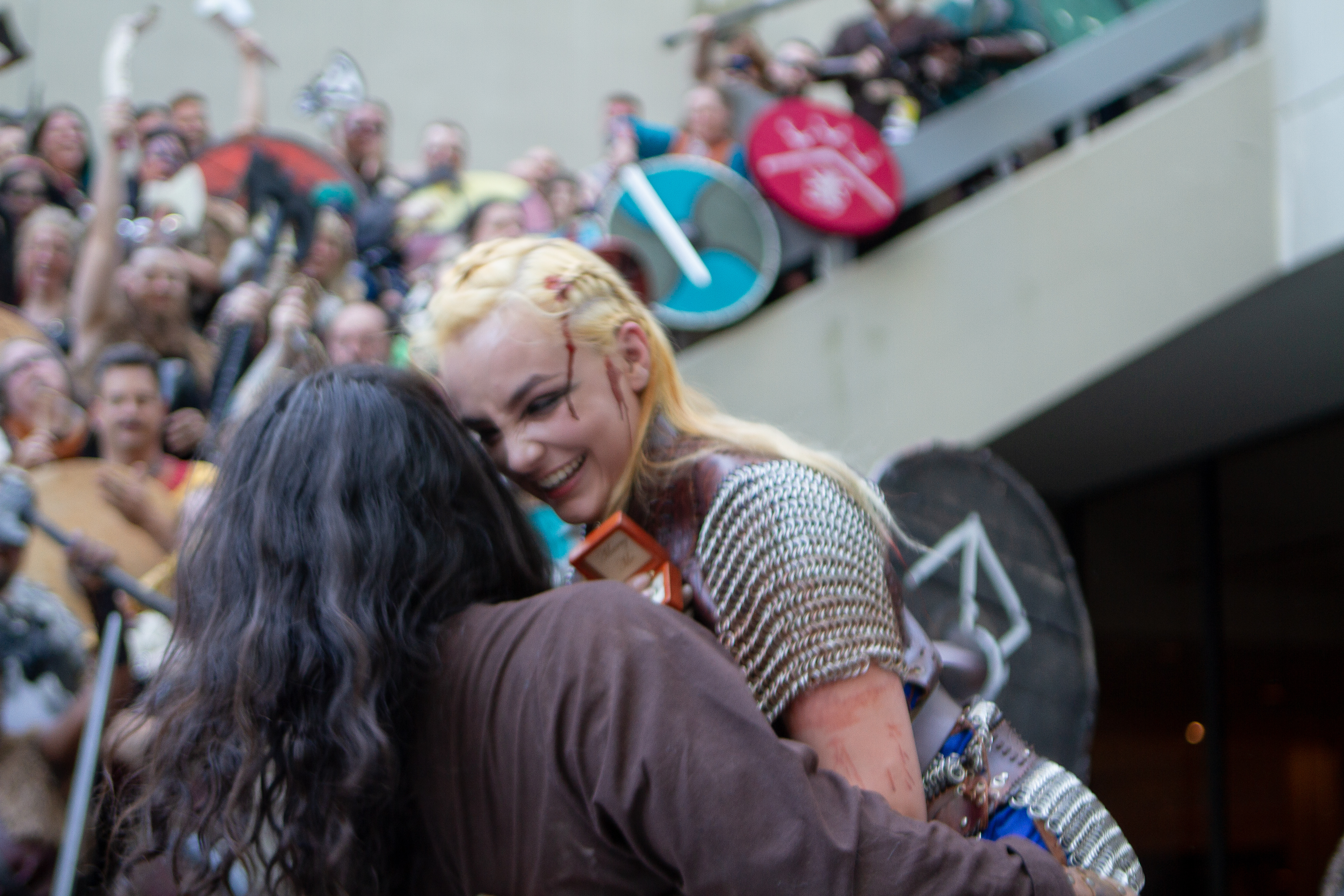 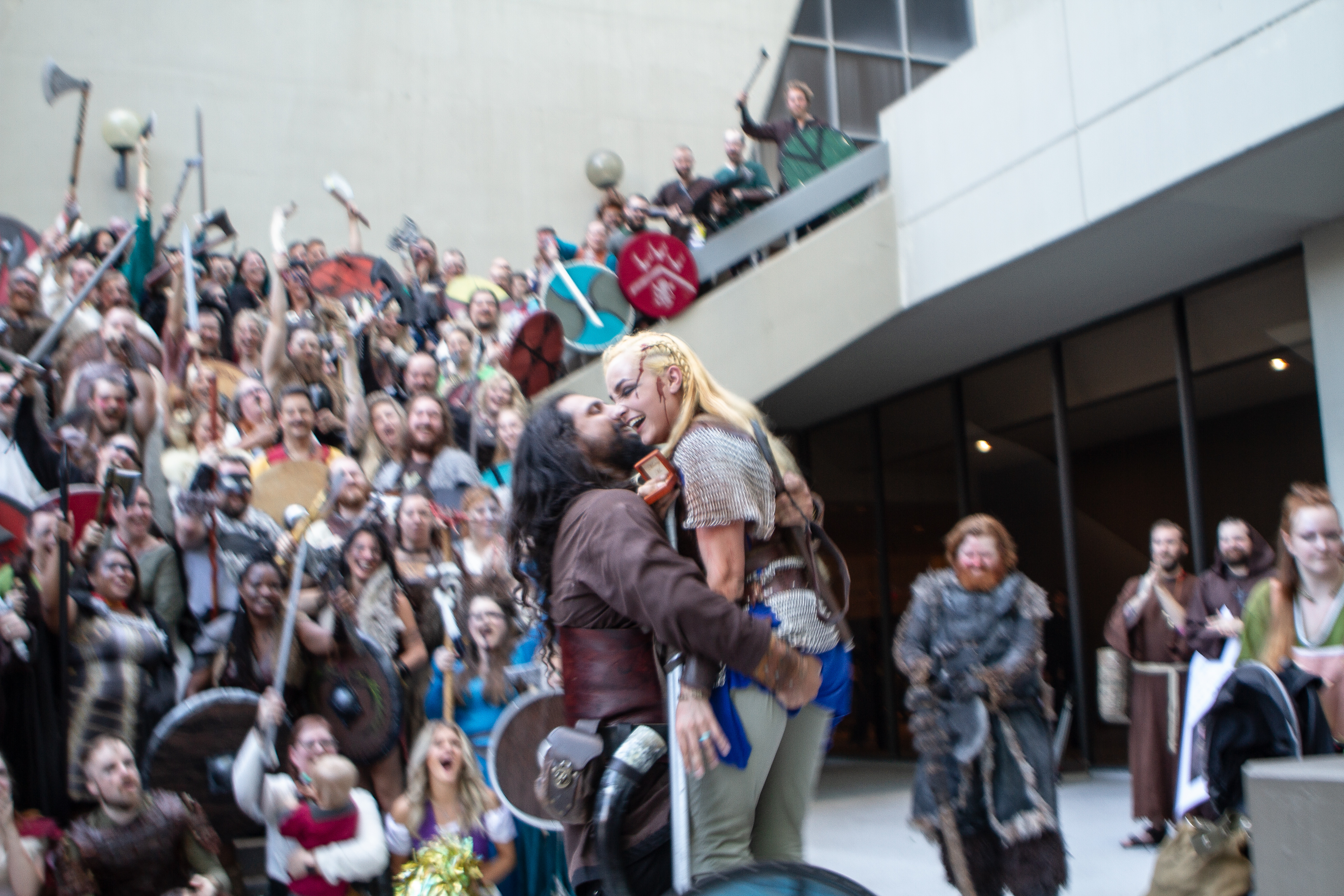 Oh, he said yes by the way. 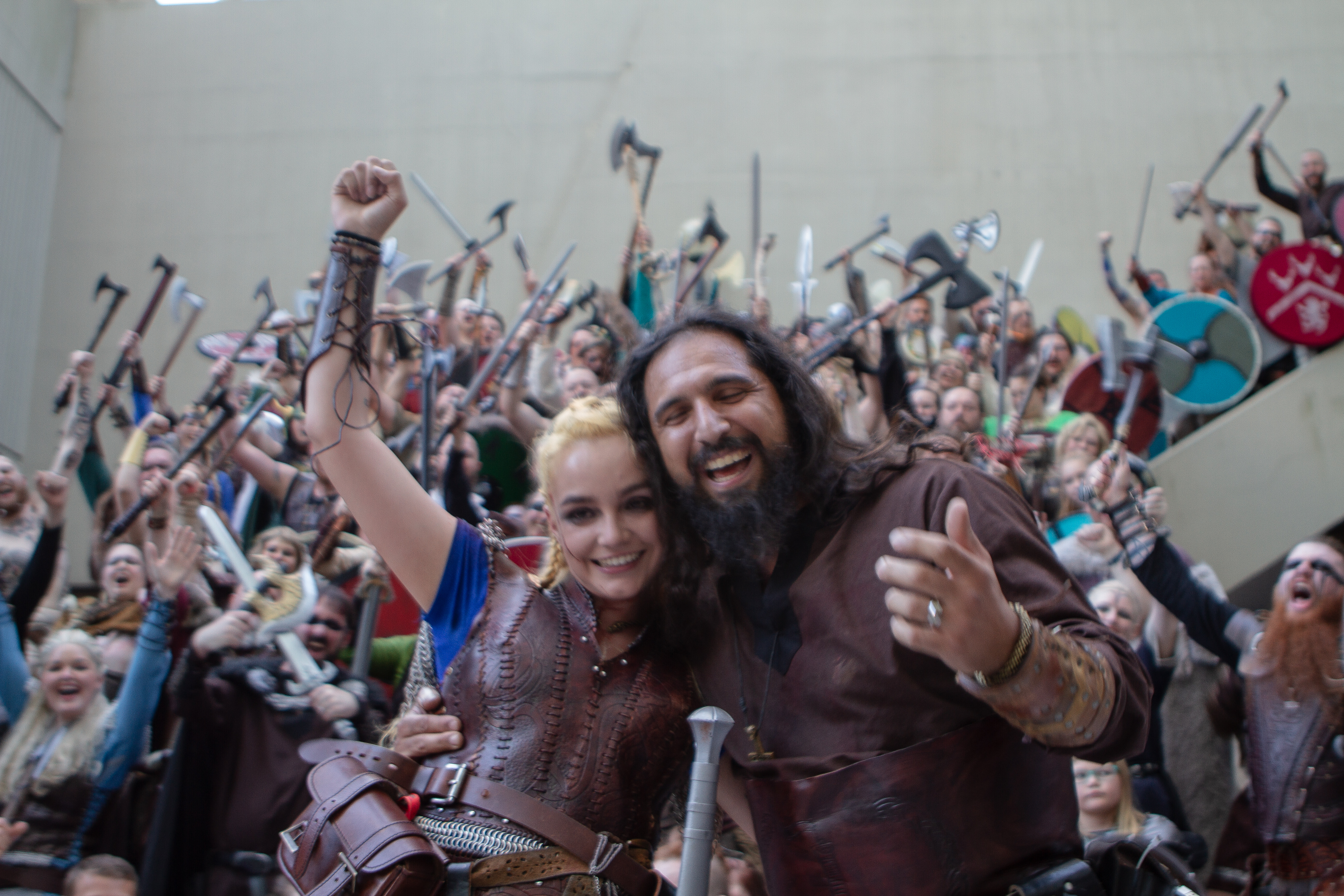 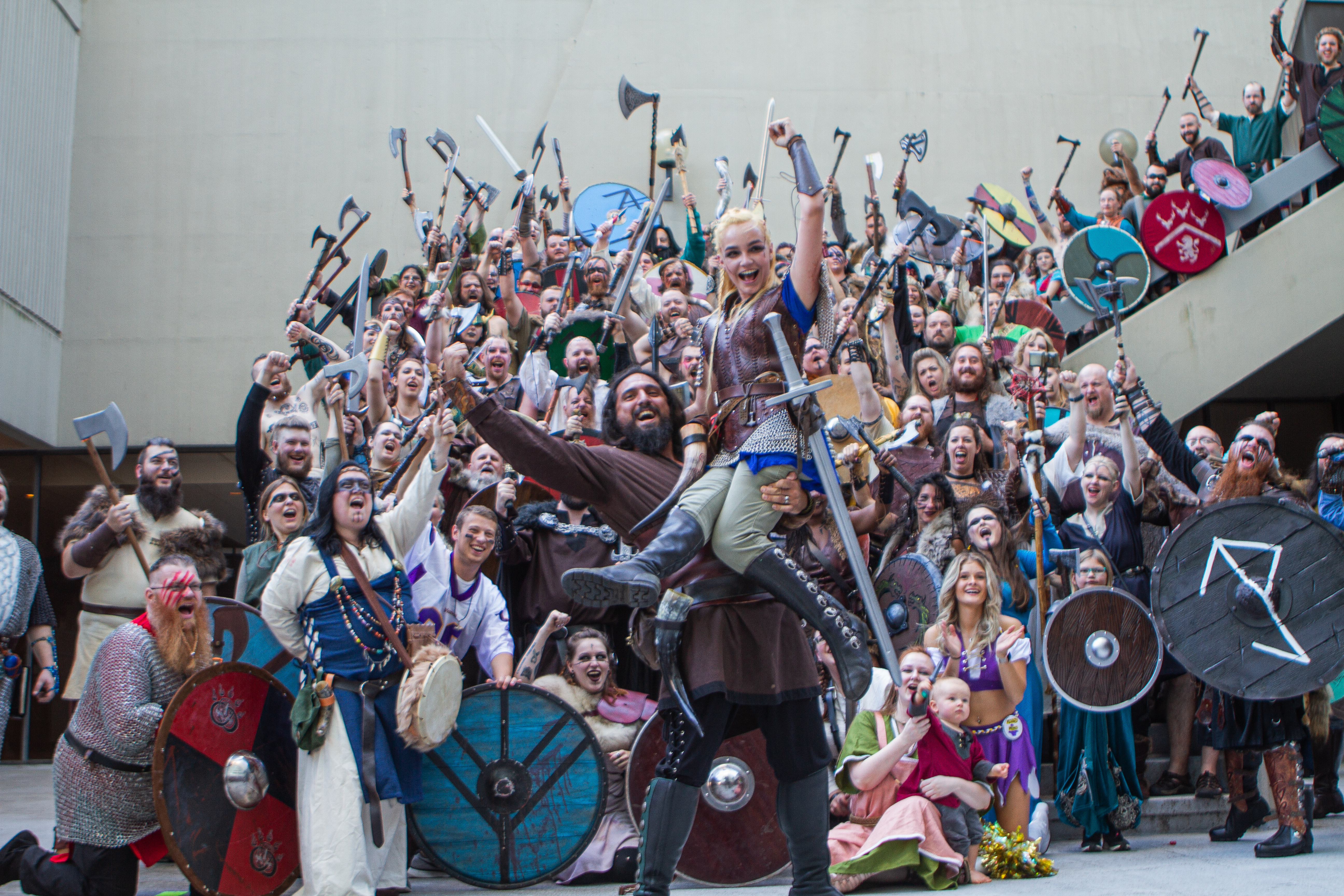 Thank you again to Dragon Con for bringing all these people together every year to celebrate what they love, thank you to Victoria for inviting us to witness the engagement, and to Andy for his incredibly photogenic reaction.

Long may they raid!