One of the surprise hit comics of this past year was the “Rick and Morty” Dungeons & Dragons crossover from IDW. Seriously- it was the hot funny papers title that some shops couldn’t keep on the shelves. Who knew?

Anyhow- Wizards of the Coast and Adult Swim figured “WHY STOP AT COMICS?”, and have made their tabletop roleplaying adventure game available today via Amazon. And it’s on sale! 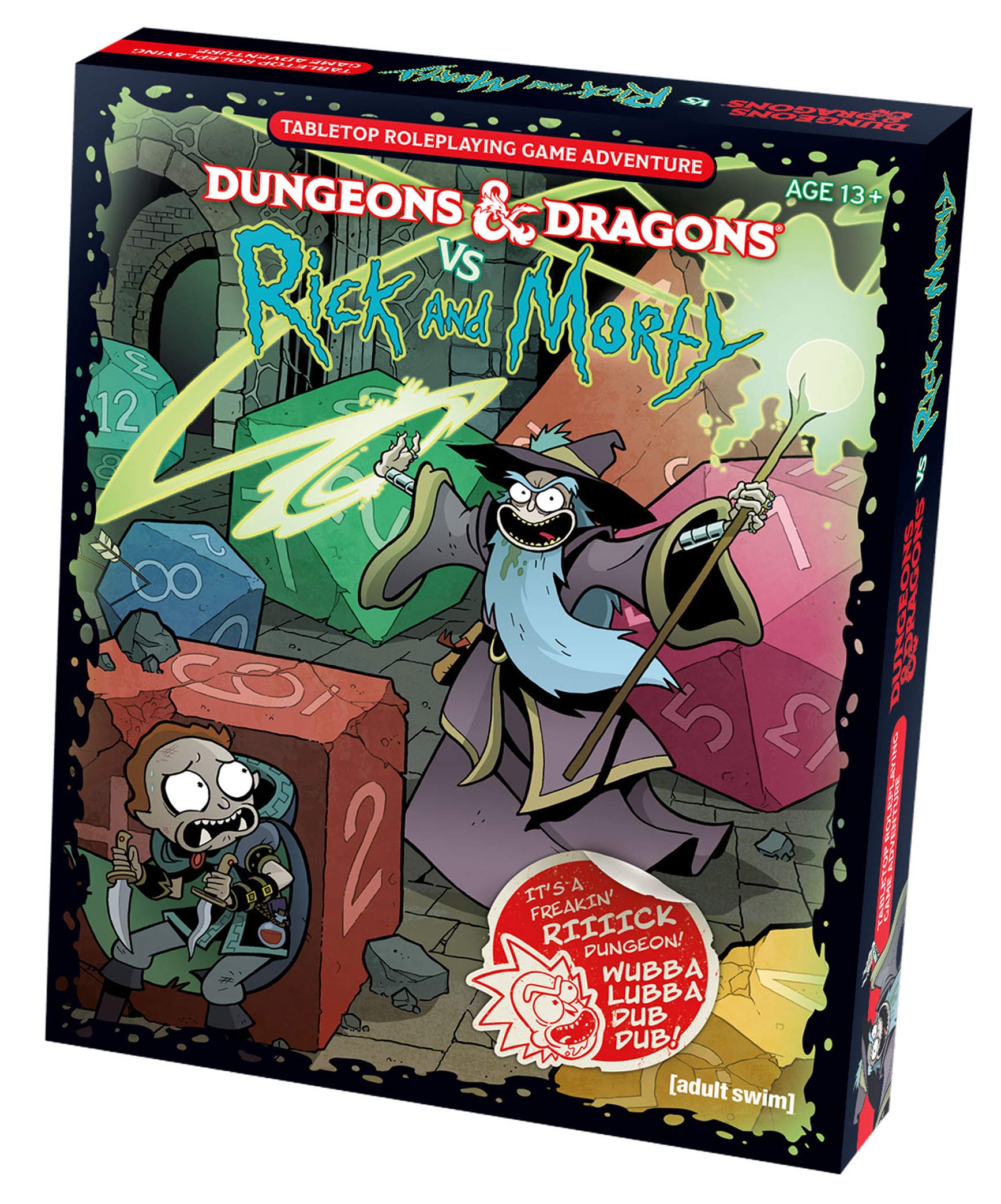 Play D&D through the lenses of the mad narcissistic genius, Rick Sanchez, from the animated Cartoon Network series, Rick and Morty—the Rick Way!

• A great companion to the comic book series, and a perfect gift for the Rick and Morty/D&D fan in your life.

The game is expected to start shipping on November 19th 2019. 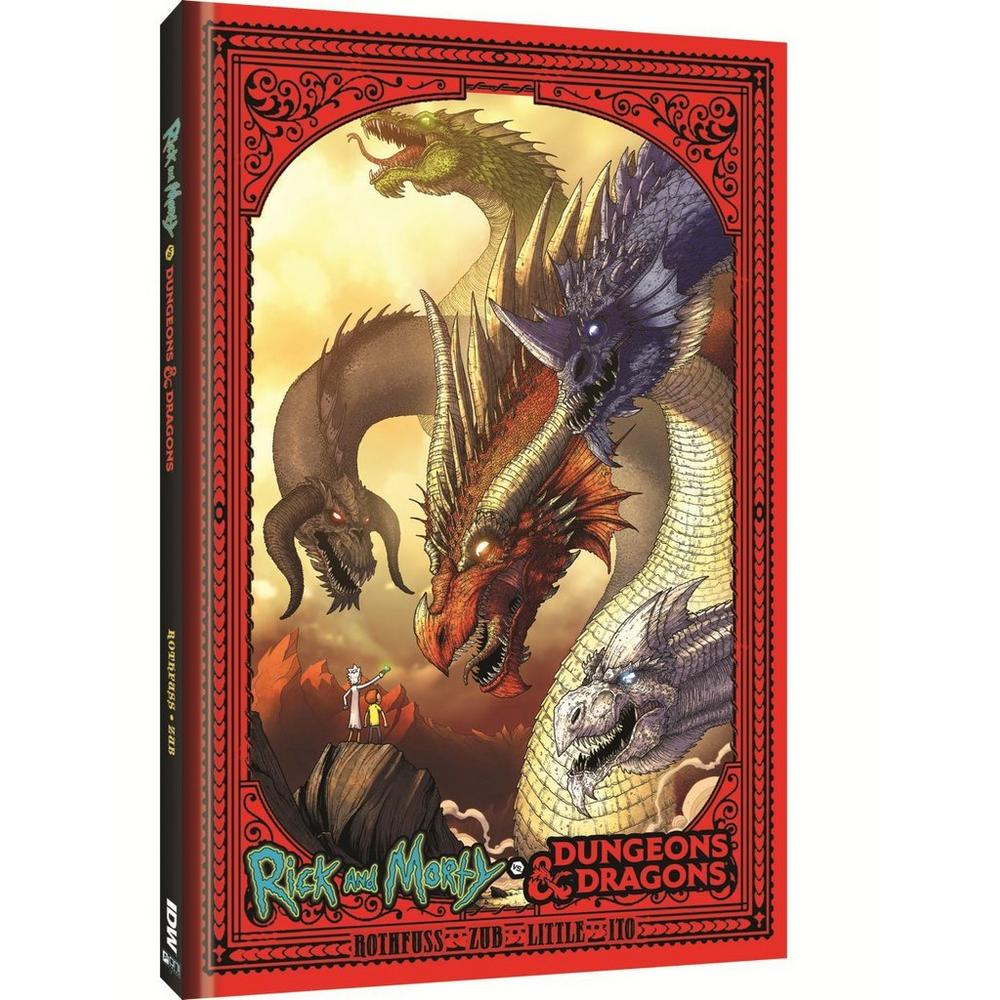 There is also this companion book for the game, available exclusively at GameStop.

In one of the biggest comic book crossovers ever, Morty goes to Rick for help to learn about Dungeons & Dragons, the game all the cool kids at his school are playing; naturally, things go horribly wrong as Rick, Morty, and the whole Smith family find themselves on an epic quest with no escape in sight.

“Rick and Morty” will return to Adult Swim for a 70-episode 4th season, pushing the animated series well over the 100 episode mark. No date for the return is known yet, but you can pick up seasons 1-3 here.