Probably one of the greatest love letters to “Star Trek” ever written (aside from “The Orville“), “Galaxy Quest” is one of those special films we’ll never not quote. 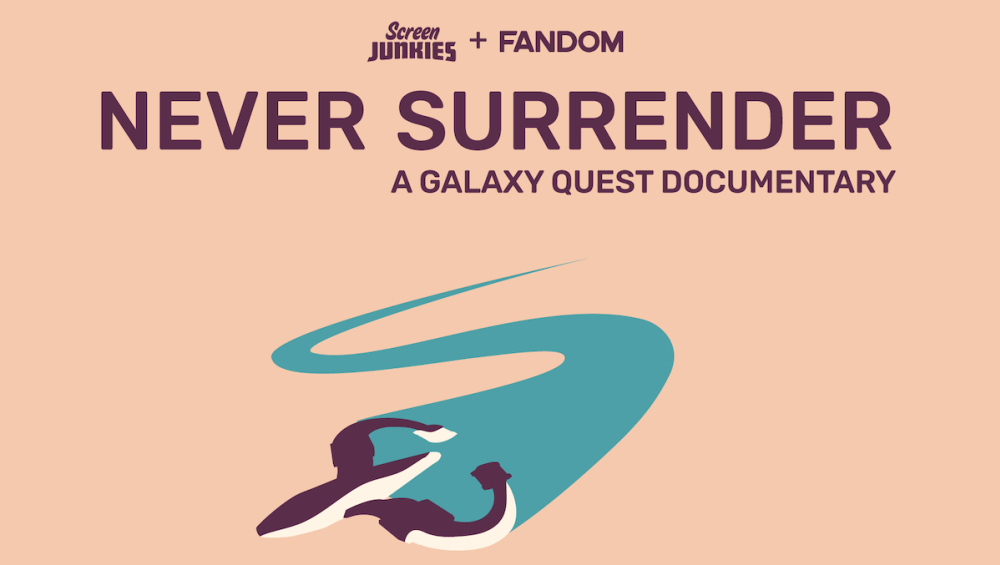 Luckily for fans of the wonderful comedy, there’s a full-length documentary all about the intrepid crew of the NSEA Protector and the film that captured our hearts, and Fathom Events is bringing it to theaters!

Here’s what Fathom has to say about it:

By all accounts, it was a movie that beat all odds: Surviving a set fire, the loss of a powerful director, and a studio that didn’t understand what it had, “Galaxy Quest” turned into a pop-culture phenomenon that would “never give up, never surrender.” As the cult classic nears its 20th anniversary – premiering on December 25, 1999 – “Never Surrender: A Galaxy Quest Documentary” explores how the science-fiction comedy became an enduring fan favorite, a movie that helped launch the sci-fi- and fantasy-driven movie and TV industry that dominates global entertainment today.

Featuring a special video introduction and the premiere of the Galaxy Quest Honest Trailer by the ScreenJunkies team!

The doc will be in theaters for one night only, November 26th 2019. You can check on Fathom’s website for your nearest cinema showing “Never Surrender: A Galaxy Quest Documentary.”