Star Wars fans and collectors are running all over this weekend, collecting all the new figures and merchandise from “Star Wars: The Rise of Skywalker,” “The Madalorian,” and “Jedi: Fallen Order.” One figure that some may be finding and confused about is Hasbro’s new HyperReal Darth Vader figure. The start of a new premium line, Vader is the first figure to feature the new internal skeleton to help hide the articulation points, and helps get the Dark Lord of the Sith into poses never before seen and with more ease. Hasbro sent us over one to show you, so let’s take a look and see if this one justifies the new price point. 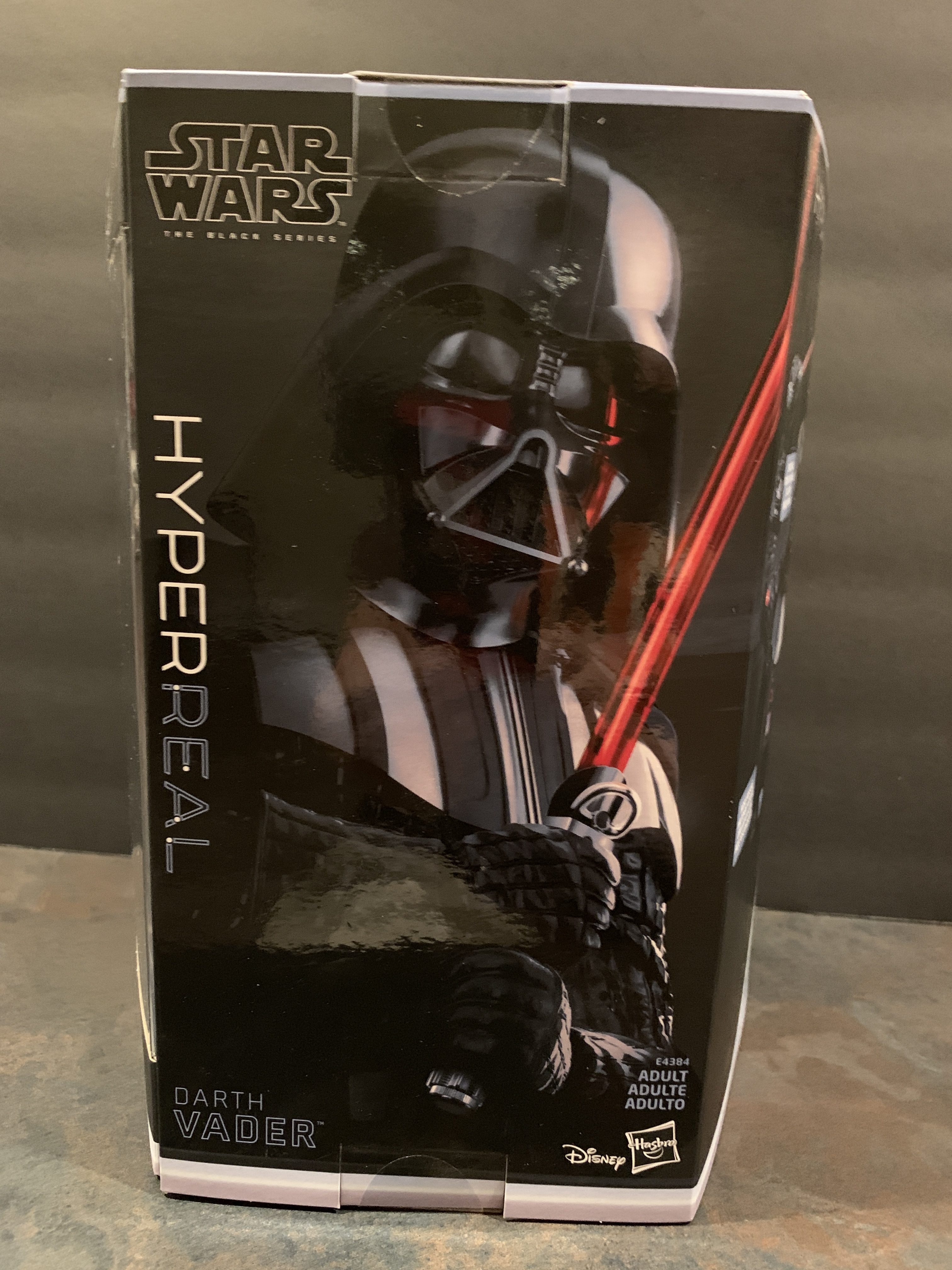 Right away, you will see a step-up in the packaging. High gloss images adorn the outside of the box, featuring the “Star Wars” baddie on the front. The real surprise however is when you pull apart the velcro and fully extend the box. 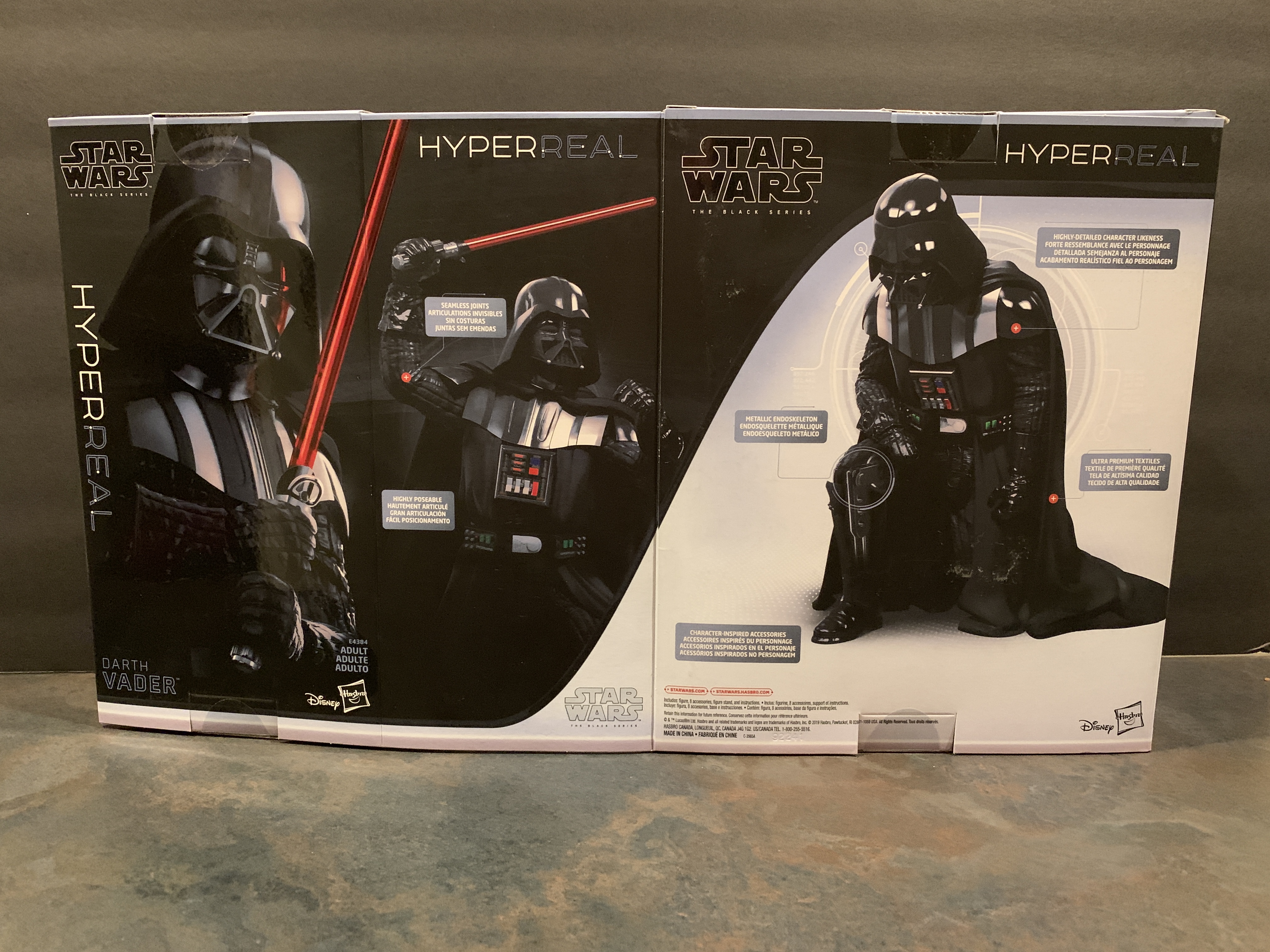 The outer shell explains a little about how this figure differs from regular Black Series Star Wars figures, and shows off a couple of the pretty sweet poses you can get this into. 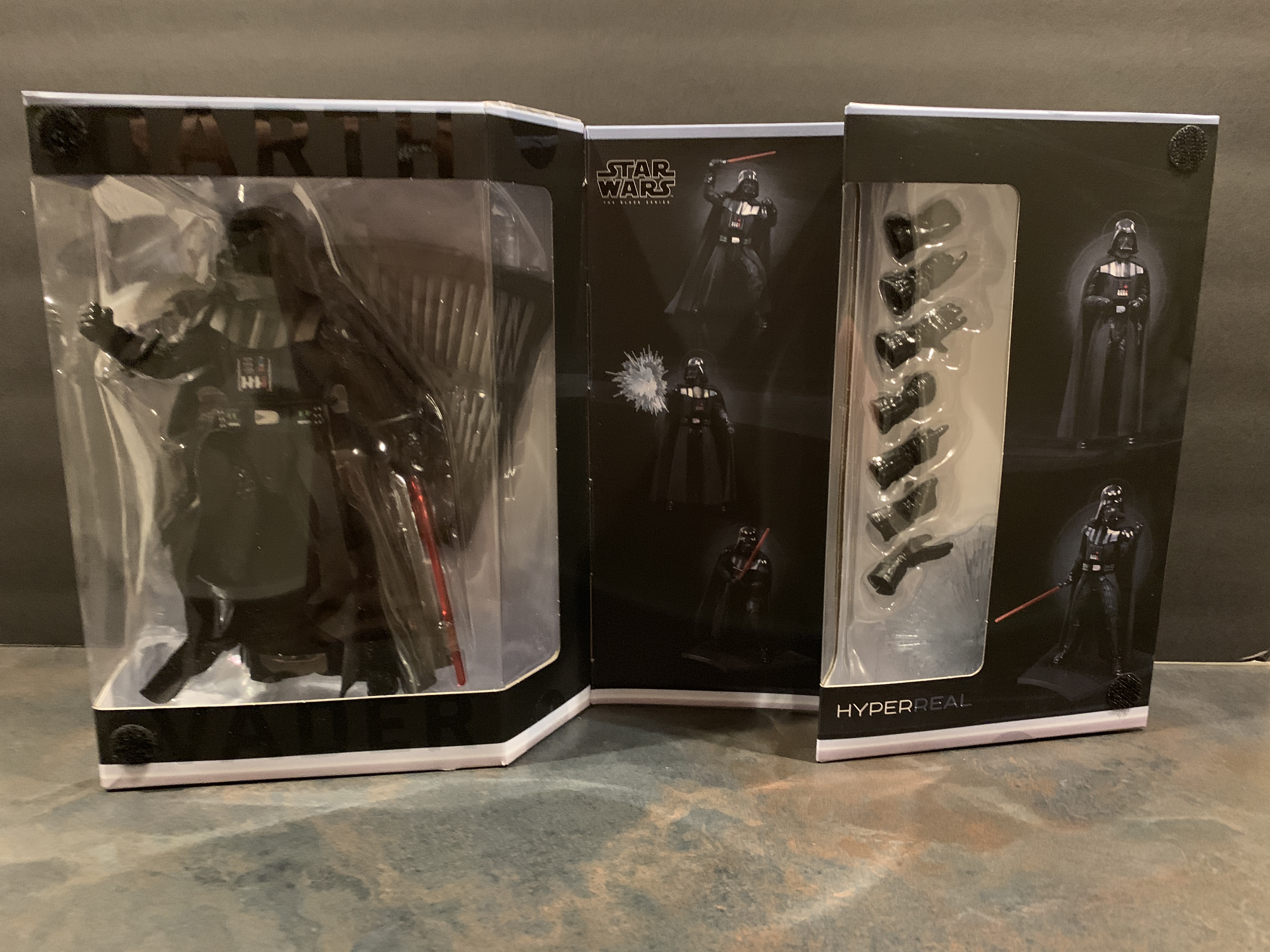 Inside is where this shines. The Vader figure is posed in a completely open window box to show it off completely. Across the fold are more poses, leading to a sleeve with all of the swappable hands and parts shown off. You MOC collectors can stop right here and know that you have one of the best packed Star Wars figures of all-time. Everything is really sturdy and just a dream. It is even really easy to be careful and get it all right back into the box if you decide to open it. Utterly perfect.

We open our toys around here though, and once you get the figure out is where it gets a little troublesome. Vader stands at 8 inches tall, a new scale for a figure like this from Hasbro. He is substantial, heavier than other Black Series figures for sure. The metal skeleton is stiff, and it takes some doing to get Vader into various poses. The plus side is that once he is posed, he is not moving. Be prepared to spend some time rearranging him if you decide to switch it up at all however. Even turning an arm takes some doing. Also, there is little to no range in his torso. He is pretty much stuck how he is, and you can manipulate the limbs around it. The head is on a two ball joint, and it can move, just do it carefully. The silicone body around the metal skeleton is a pain in the butt to deal with.

The hands are next to impossible to change out. The little joint they attach to is really hard to snap into place the way the silicone stretches, so they tend to hang a tad looser than I would have thought. You have to yank it back like a sweater sleeve, and it feels like the material might crack and break after multiple switches. From a sculpt standpoint, this is a perfect figure. Every line is perfectly crafted, every detail is included. I love that his chest plate has the Aurebesh under the buttons. The fabric is stitched in so well that it gives off this wonderful tailored look, and his flowing cape is easy to pose around the figure. It adds so much to the pose-a-bility that I found myself endlessly figuring out ways to drape it around the figure. 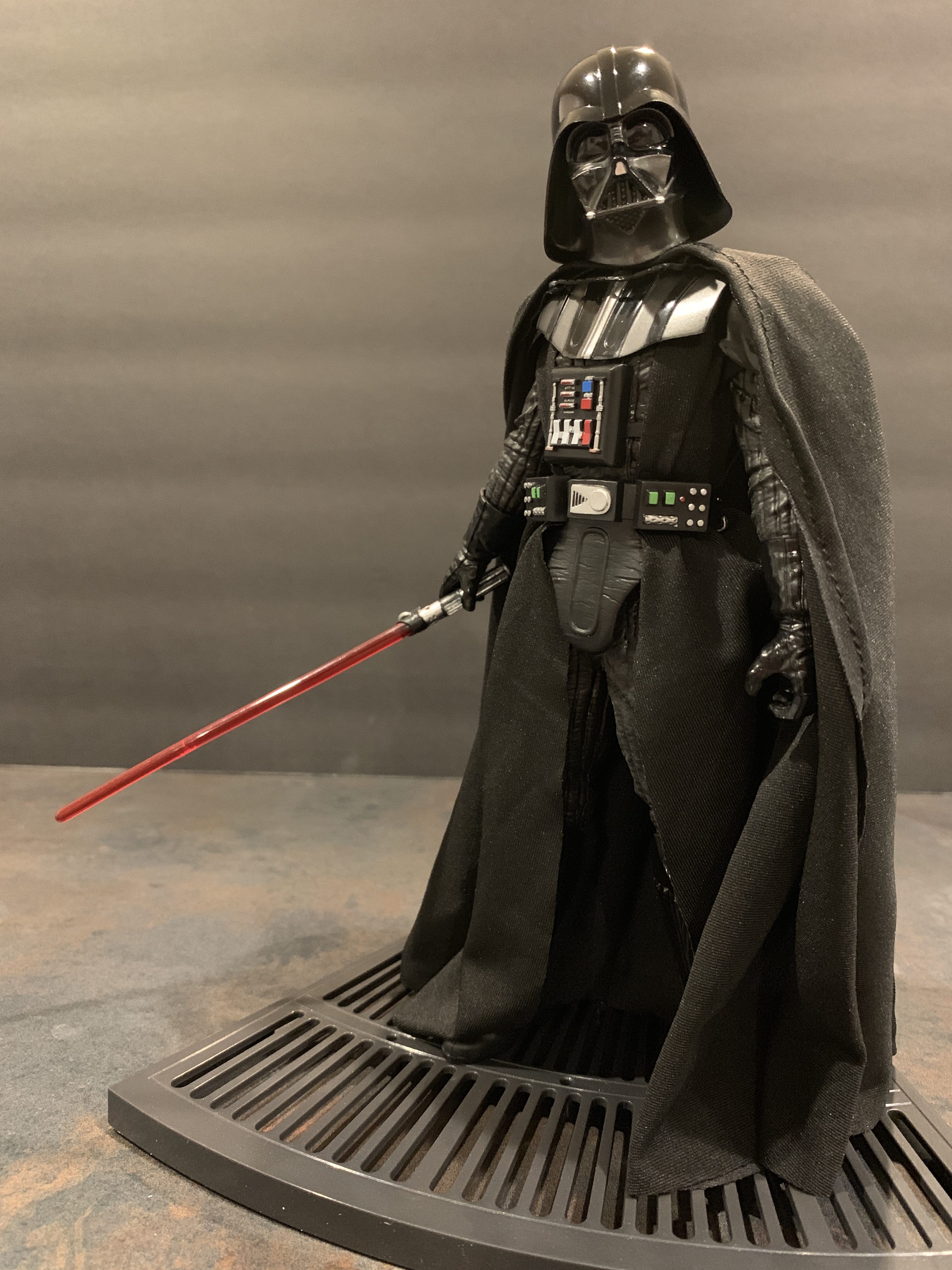 Is this worth the price tag though? For $80, to get the best sculpted Darth Vader figure Hasbro has ever done, I say yes. While some of the figures flaws bother me, they are far from dealbreakers. All you need to really do is look at the shot above this paragraph to see how gorgeous this figure is. With the amount of interchangeable parts and accessories, including a base, and factoring in the premium packaging, I would say it is worth it.

My questions about the HyperReal line for “Star Wars” however is two-fold.

One- who is this for really? This is NOT a figure to buy and play with, and its clearly a response to the 1/6th scale craze. I guess I just am having a hard time seeing how another scale is a good idea when so many collectors have vast collections in the 3.75 and 6 inch scales already.

And two- I have concerns about characters not in head to toe garb. I worry that while the joints will be hidden, the figures will have too much of a plastic feel and look to them. I guess we will find out when Luke Skywalker is released next year.

You can order one of these for yourself right here.