Like every anticipated event of 2020, the Fantasia International Film Festival is going virtual for its 24th year. While we miss the overpriced popcorn and sticky floors of movie theaters (it’s not just me, right?), bringing the cinema into a virtual world makes the most sense right now. And if you’ve been crying into your pillow at night wishing your favorite projects would stop getting delayed (like me), Fantasia has got you covered.

The event – which will take place online from August 20th through September 2nd – will offer a wide array of scheduled screenings, panels, and workshops to satisfy your craving for savory genre entertainment.

With over 70 films to choose from, we’ve carefully selected our 13 most anticipated films that the festival has to offer.

If you’re a fan of Shinichiro Ueda’s One Cut of the Dead (2017), you NEED to check out his highly anticipated project, Special Actors. The film follows Kazuto, a dreamy ambitious thespian suffering from a condition that causes him to faint at the slightest sign of stress. He joins the “special actors,” an agency designed to stage real-life situations. Though at first it appears as whimsical as casting a background extra in real life, things get increasingly out of control as Kazuto is assigned to infiltrate a cult and the story spirals into a strange, wildly delightful meta-comedy. 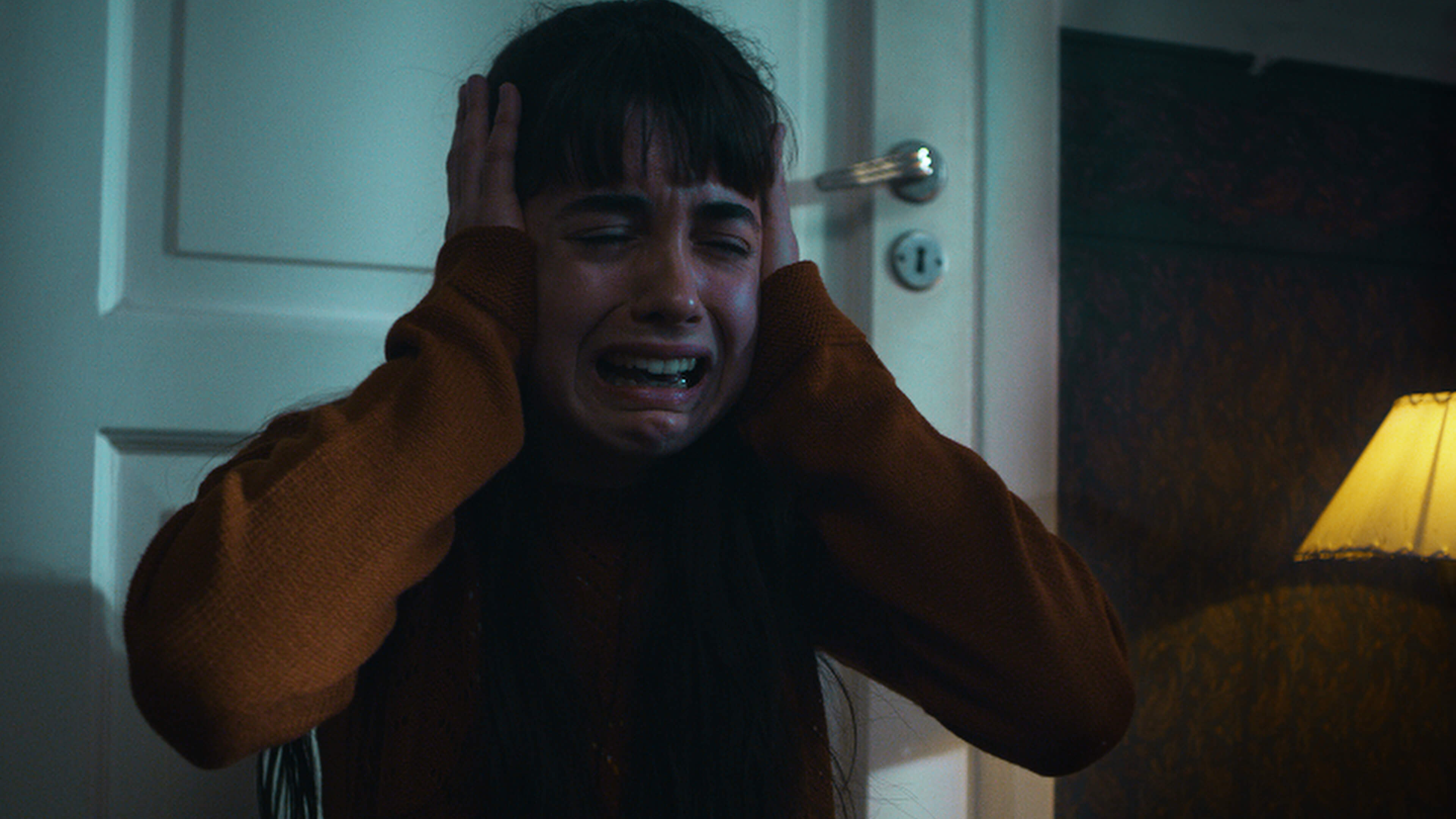 A dysfunctional family living in a mortuary is bound to have some spooky visitors, but when a malevolent spirit infiltrates their already broken home, things can only get worse.

An official selection at Sundance 2020, Feels Good Man unravels the cultural anomaly of Pepe The Frog, a character that has gone from “laid-back peacenik slacker” to “hate symbol classified by the Anti-Defamation League.” The documentary not only explores the complexities of meme culture, but how the internet can shape the way we view the world and each other. It’s a cautionary yet hopeful tale, and a delightfully playful piece of entertainment.

Feels Good Man is the directorial debut from Arthur Jones. 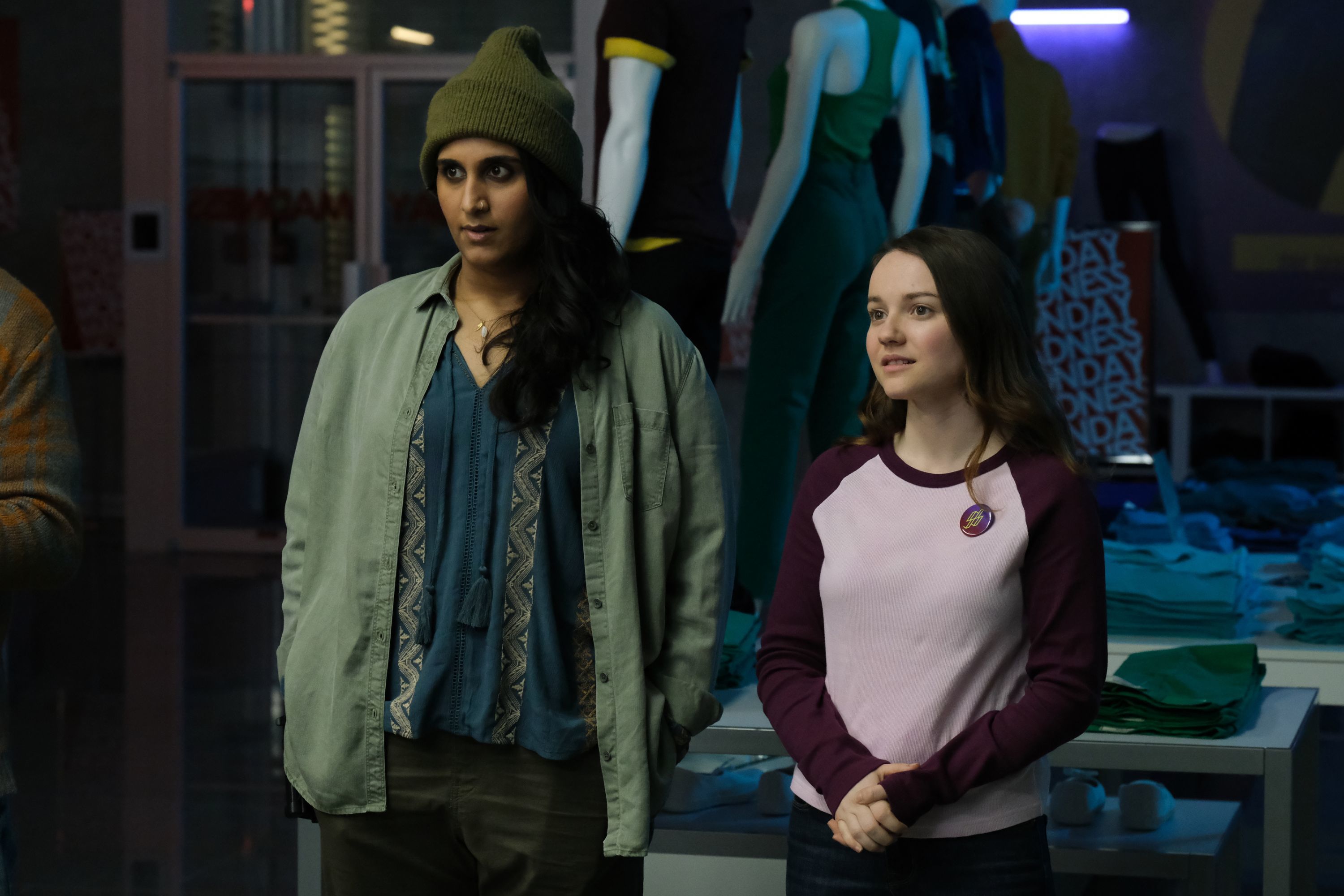 When a possessed pair of jeans (yes, you read that right) begins to kill the staff of a trendy clothing store, it is up to an idealistic young salesclerk to stop its bloody rampage. An off-the-wall comedy giving us Rubber (2010) meets Sisterhood of the Traveling Pants (2005) vibes, we definitely don’t want to miss this one.

The cast includes Romane Denis (Slut In A Good Way), Erica Anderson, and others. 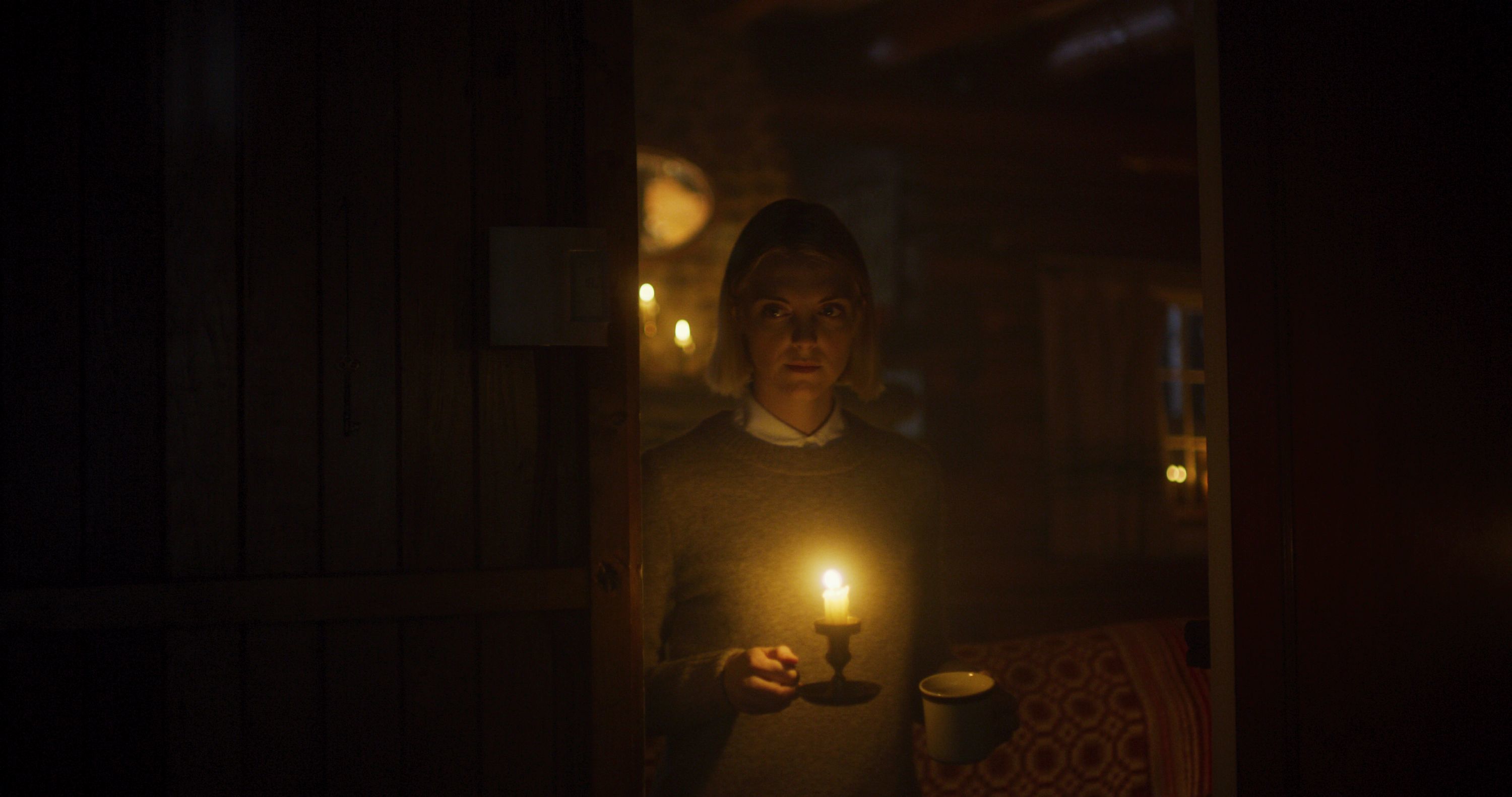 We love a good third-wheel trope, and this one comes in blood-boiling hot. When a weekend trip with two best friends and one boyfriend goes awry, the uncomfortable third wheel becomes overwhelmed with paranoia, strange visions, and growing suspicions about her best friend and her boo. The film brilliantly explores issues of self-harm and social isolation over the frightening backdrop of a wintry cabin in the woods.

Bleed With Me is the feature debut from Amelia Moses (Undress Me) and stars Lee Marshall, Lauren Beatty, and Aris Tyros.

Perhaps a bit too relevant to today’s world, The Reckoning takes place during the great plague of 1665 in England. Society has been driven into a frenzy of fear, distrust, and death — and the Catholic church sets out to begin the witch hunts. We follow the story of Grace, a recent widow with suspicious eyes of the town upon her. Accused of being a witch, Grace endures horrific interrogation at the hands of the witch hunters – but she refuses to go down without a reckoning.

Why are we so excited? British filmmaker Neil Marshall has brought us bounties of golden storytelling, including The Descent, Dog Soldiers, Doomsday, Centurion, as well as his work on Game of Thrones, Black Sails, and Westworld.

Secrets, curses, and nightmares. Marlene suffers vivid nightmares so realistic that the line blurs between dream and reality. Piecing together her strange visions, Marlene ends up at a remote hotel where the pieces begin falling into place and a family secret reveals the curse that will make her life a never-ending nightmare.

The film stars Gro Swantje Kohlhof (Nothing Bad Can Happen) and Sandra Huller (Toni Erdmann) in a haunting debut from Michael Venus. 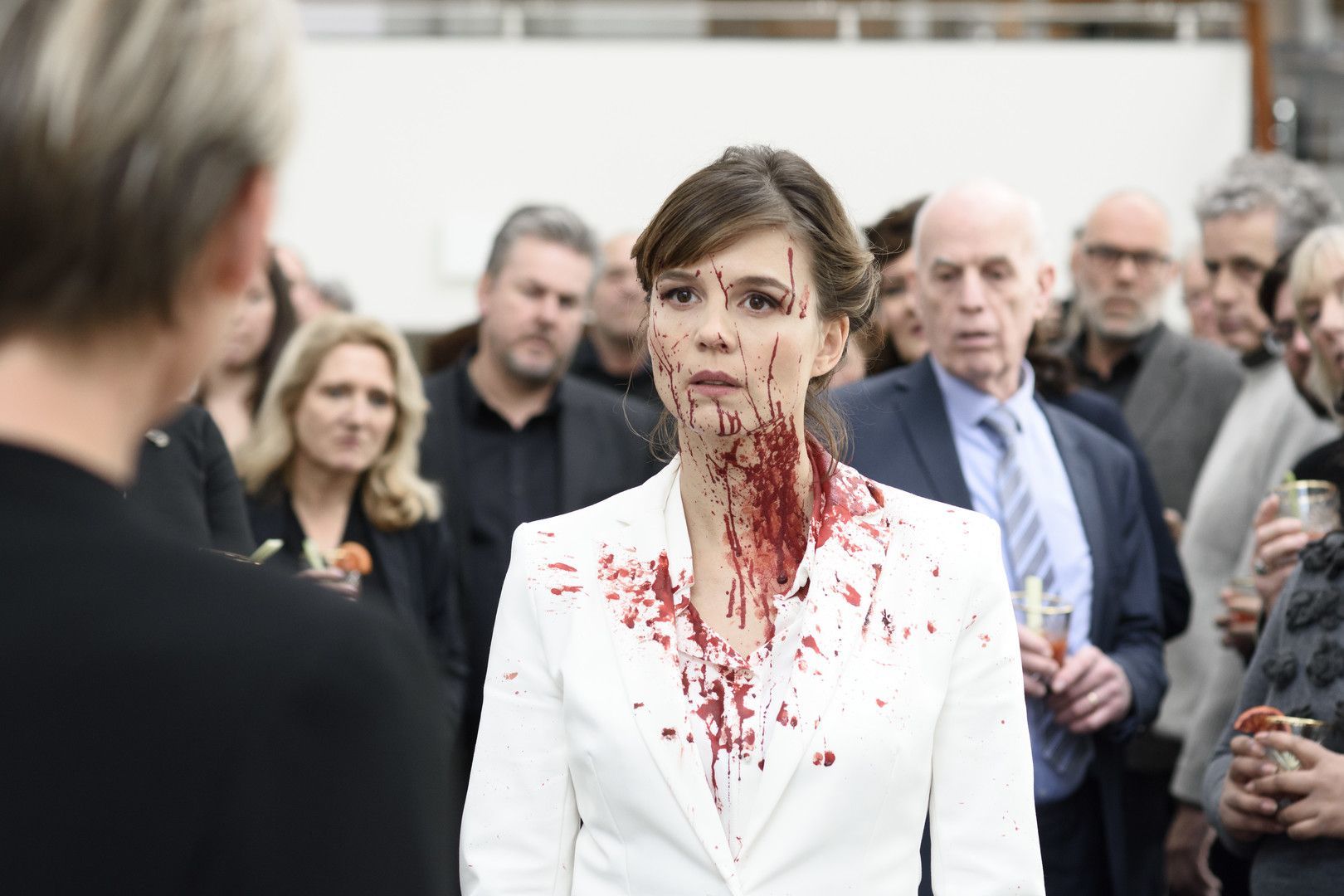 “Why can’t we just have different opinions and be nice about it?” In a horrific exploration of internet culture in the modern world, The Columnist performs exactly what we all wish we could do: dealing with cyberbullies by enacting the bloodiest possible revenge (I mean, I can’t be the only one thinking this, right?). We’re always told not to read the comments, but we just can’t help it, and more often than not we get a nasty response. Femke Boot, our stellar protagonist, decides that instead of ignoring the internet trolls, she can shut them up…permanently.

The film features a brilliant performance from star Katja Herbers (Westworld) and is directed by Ivo Van Aart.

A quirky and unique comedy-thriller that sounds absolutely bonkers. Taking place entirely in a hospital, the film follows addict Nurse Mandy through her extremely eventful night shift. Set on the backdrop of small-town vibes in the late 90’s, Mandy deals with an assortment of grisly happenings, kooky characters, an organ harvesting side-gig, and some questionable choices.

The film stars Angela Bettis (May) and is helmed by writer/director Brea Grant, best known for her acting work in After Midnight, Halloween II, and her work as a writer/director on the Emmy-nominated LBGTQ series Eastsiders. 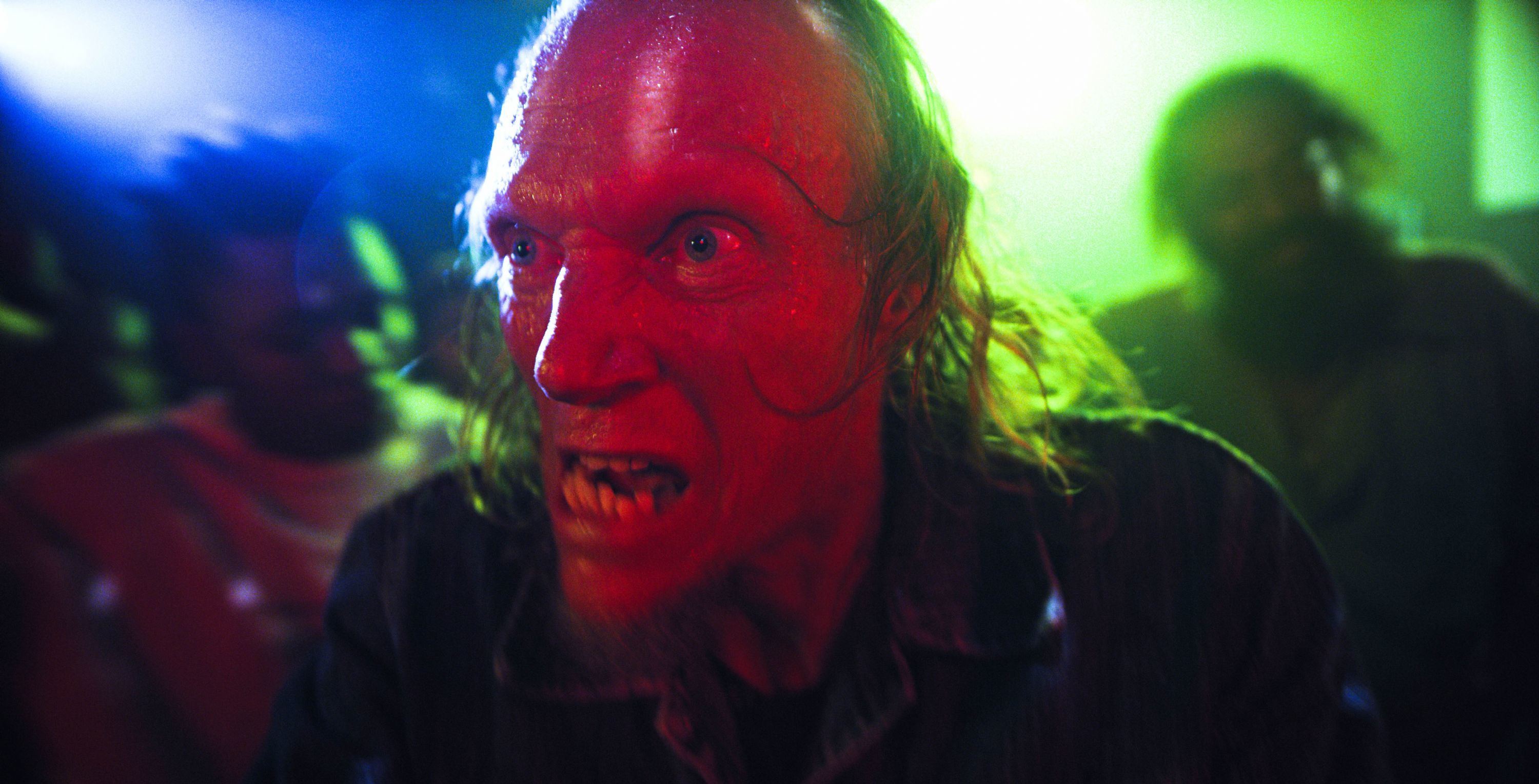 Heroin addict and overall crappy human Barry is encountered by an alien who inhabits his mind and takes him on a joy ride through a dystopian vision of Cape Town – need I say more? This psychedelic sci-fi adventure offers acid-wash cinematography, a buzzing synth soundtrack, and dives deep into the absurdity of madness as well as addiction, mental illness, and society’s treatment of both.

“Facelifts, boob jobs, and zombies.” I mean, what more do you want? If you’re looking for gratuitous horror, over-the-top blood splatter, and an explosively funny script, you’re in for a treat with one of the most inventive zombie gore-fests to hit the silver screen. Allison heads into the hospital for a breast reduction, but after an experimental rejuvenation treatment goes wrong, we aren’t sure if she – or anyone – will get out alive.

THE CURSE OF AUDREY EARNSHAW

An atmospheric nightmare soaked in folklore and unsettling occult horror by Thomas Robert Lee (Empyrean). In 1973 harvest season, a rural community accuses a mother and daughter of witchcraft in what might be “one of the most unsettling and surprising occult horror films since Hereditary.”

The most relevant speculative fiction we’ve seen in years, Lapsis follows Ray, a burnt-out delivery man struggling to support his sickly brother. In an effort to get by, he takes on a new no-benefits job that sends him deep into the forest to face various foes including hostile workers, robot rivals, and a bizarre capitalist environment.