Earlier today one of our absolute favorite artists, BossLogic, did a livestream in partnership with Ubisoft. Why you might ask? To tease and reveal the theme and setting for the next Assassin’s Creed game!

Turns out all those rumors were true- we’re going Viking with Assassin’s Creed: Valhalla! 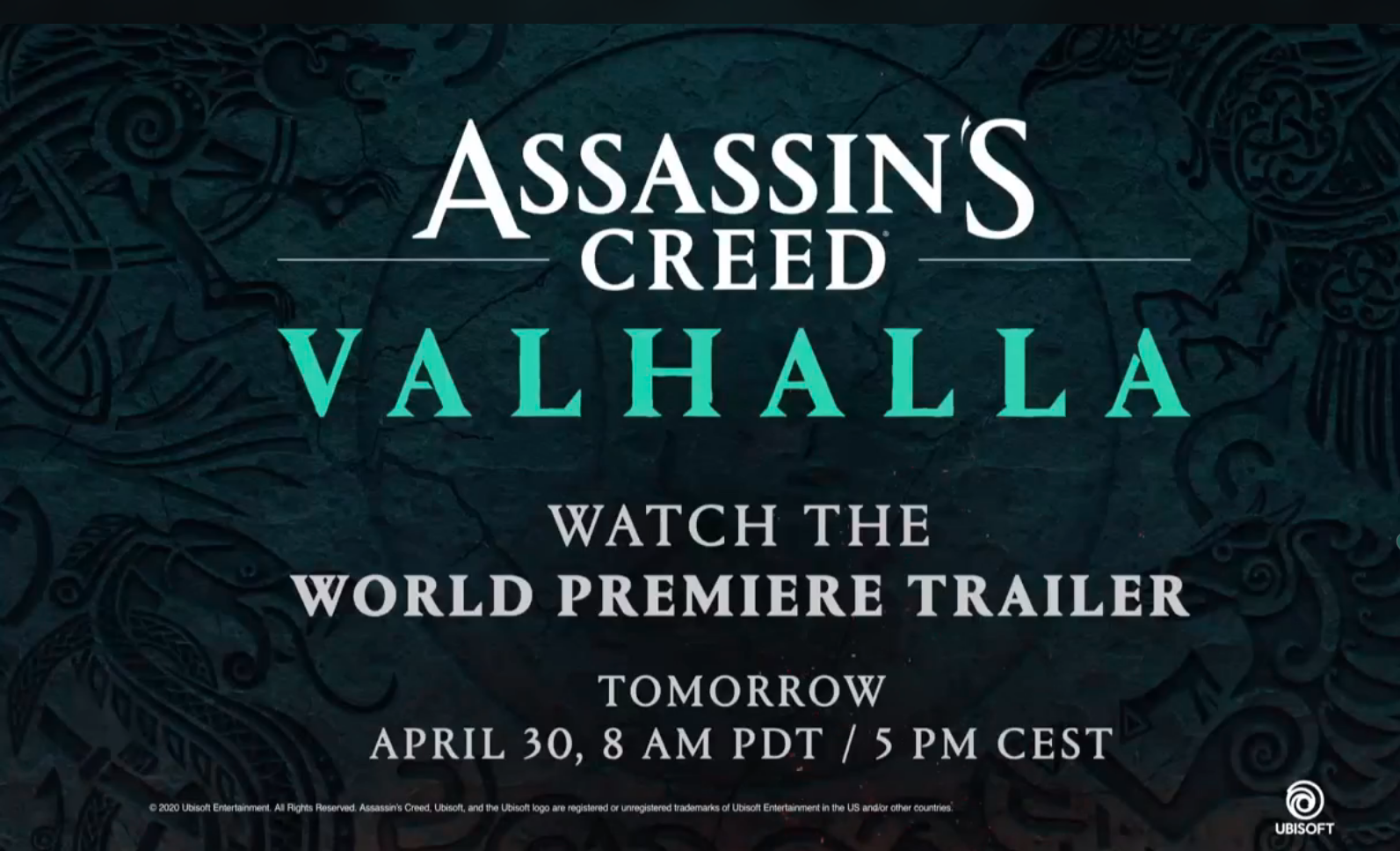 As we learned from the end of the livestream, the Valhalla trailer will hit tomorrow- Thursday April 30th, at 8am PDT.

I had the opportunity to work on one of my favorite video game franchises this year and I’m excited to finally share this with you! The official debut trailer for the new @assassinscreed will drop worldwide tomorrow, don’t miss it! @Ubisoft #AssassinsCreed

Thank you for watching pic.twitter.com/C4H0UUy0Gw

Considering we’re still very much enjoying Assassin’s Creed: Odyssey, we’re VERY excited to see what’s in store. And- pretty hopeful that there might be a playable female character ala Lagertha!

We’ll let you know as soon as the trailer drops from Ubisoft, and we’ll do a breakdown of what’s in it.

What’s your favorite title in the Assassin’s arsenal?