I just got done with my Blade Runner: 2049 screening, and this will be one of two reviews (at least) I will write.  Without pretense, I am completely astounded and blown away.  In a statement from director Denis Villeneuve (Sicario, Arrival) read before the film started, we were asked not to reveal key plot points and I will honor that request.

Before you go to see the film, make sure you watch the animated companion short Blade Runner 2049: Blackout 2022.  While not imperative to understanding/enjoying the feature film, it is a spectacularly done anime that adds into the story:

Hoookay, so, as much as I thought I was prepared for this film, I most certainly was not.

The world has changed from the 35 years prior, the great blackout resulting in catastrophic losses of information.  It’s Los Angeles 2049, and the Tyrell Corporation has long since gone away. There are new replicants on the market, top of the line really, and NEXUS 9s have been brought online to retire the older models.

As much as I personally can’t stand Ryan Gosling, he works well enough in this instance.  He is Officer K, sent out to retire older model replicants deemed too willful compared to the more subservient newer models. The first of these we encounter is Dave Batista‘s Sepper, who utters the Roy Batty-esque line of “You’ve never seen a miracle”.

There are several moments like that which immediately flick the viewer’s mind (if you’re a hardcore Blade Runner fan like I consider myself to be) back into the original film’s world. Use of close ups on Gosling’s eye, the first glimpse of the darkened Tyrell Pyramid, the truly incredible visual effects, all meld together to make this a sequel for the ages. 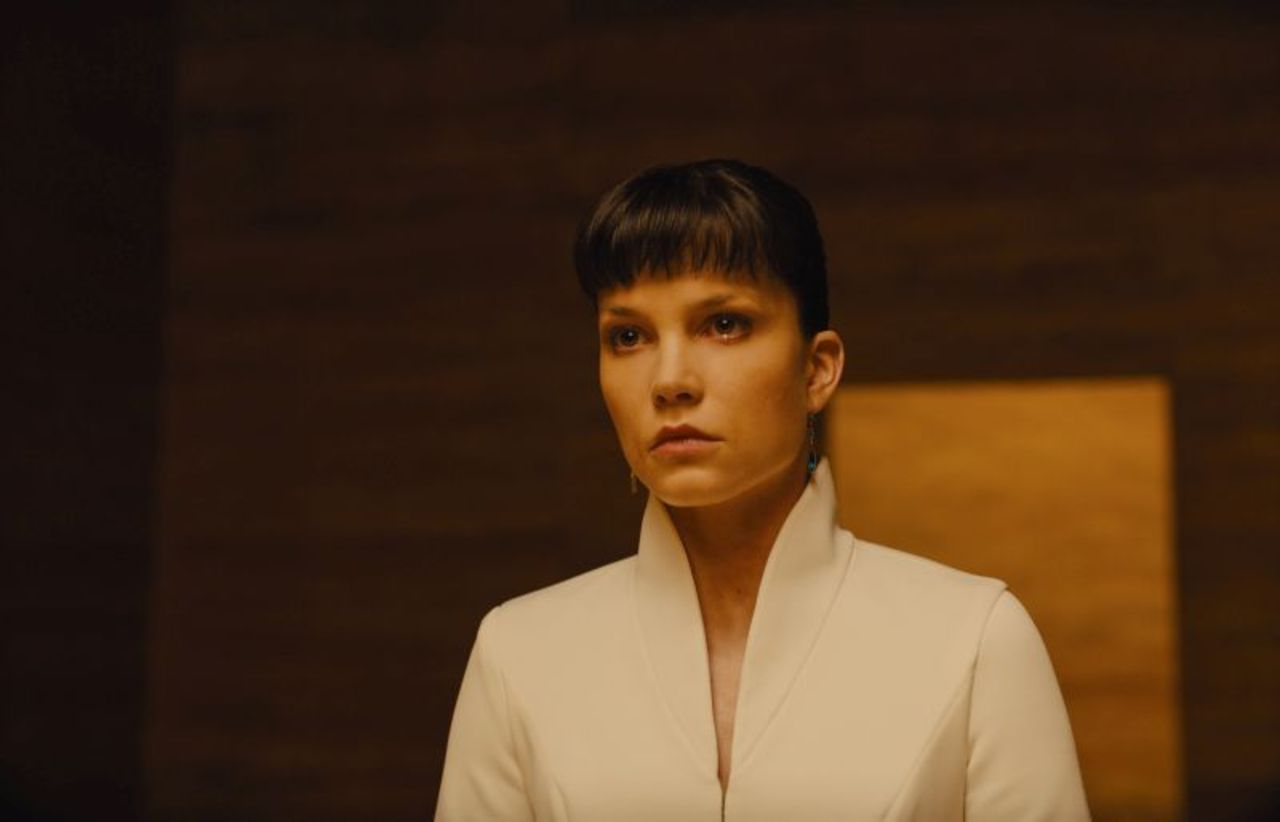 Ana de Armas, Sylvia Hoeks, Robin Wright, Hiam Abbass, and Mackenzie Davis are extremely well cast and utilized, I really wish I could go into more detail about their characters.  Look back for review #2, I promise I’ll talk more about them.

The Good:  The score, OMG THE SCORE.  Originally composer Johan Johanssen was on board, but ultimately he was replaced by the team of Hans Zimmer and Benjamin Wallfisch.  The reason given for the aural shakeup was the attempt to “sound more like the original”, done by Vangelis.  MISSION ACCOMPLISHED, GENTS. From the very first seconds of the Warner Brothers logo, I was completely drawn in by the music.  Sure, some of the cues are jarring and bombastic, but it fits.

This is probably also one of Harrison Ford‘s greatest performances.  I can’t tell you exactly how or why (because plot) but seeing this bastion of cinema strength in tears at the hands of Jared Leto‘s Niander Wallace was a thing, man.

Gaff. GAFF GAFF GAFF.  I may or may not have made noise during my screening.  (Spoiler- I totally did.)

Dennis Gassner’s production design echos so completely the original decadent decay and nuanced noir that has continued to make Blade Runner a masterpiece in every genre. Roger Deakins’ visceral cinematography tie the sequel to the original, so many shots putting you right back in Deckard’s stomping grounds along with the new incredible areas.  The duality of monochromatic elements into the technicolored dreamscapes made for a visual treat.

The Bad:  The film clocks in at 2 hours and 45 minutes, which many early critics complained about.  The pacing is just fine, don’t let that timestamp deter you.  Sorry, not really a “bad” thing, just the only real negative I can complain about.