We should be thankful dead men tell no tales, but unfortunately, Disney thinks that means we need a 5th Pirates of the Caribbean movie.

The series has been around since 2003 when Pirates of the Caribbean: Curse of the Black Pearl opened worldwide, singlehandedly relaunching Johnny Depp’s career as a teenage dreamboat bedroom poster, and giving Orlando Bloom another excuse to have a sword. Don’t get me wrong, the first film is brilliant, as are parts of the second and a tiny smidge of the third.  We don’t talk about the 4th one, because the ONLY redeeming part of it is Ian McShane as Blackbeard.

The 5th installment picks up roughly 19 years after the end of At World’s End. I’m jumping ahead of the opening sequence where a 10 year old Henry Turner (Brenton Thwaites) seeks out his Flying Dutchman-bound father Captain Will Turner (Orlando Bloom) (cue ‘9 years later’ cutscene, ergo 19 years).

There is a cursed place (Devil’s Triangle), a cursed crew (aboard the Silent Mary), and a captain (Javier Bardem) almost more devilish than Hector Barbossa (Geoffrey Rush). It turns out Captain Salazar wants revenge on Jack Sparrow, shocking I know, and a hunt for the bumbling drunk pirate begins.

We do get some interesting female characters in Dead Men Tell No Tales, the scientist-not-a-witch Carina (Kaya Scodelario) Smythe, in possession of a special diary that contains “the map no man can read” but of course SHE can read it.  There is also Shansa (Golshifteh Farahani), the REAL witch in the story.  Kind of a more interesting Enchantress from Suicide Squad, but not as impactful as Tia Dalma from the previous Pirates flicks.

The main point of the film is a search for the lost Trident of Poseidon, the only item in the known aquatic lore that can break the various curses in place, namely Henry’s desire to free his father from the 7 year cycle of commanding the Dutchman. But the various other curses also would be lifted when the power of the trident was split.

Of course there are twists, turns, reveals, and several nods to the inspiration for the franchise, the original Pirates of the Caribbean attraction at Disneyland. Overall though, the film was a big disappointment.

Whooooboy, well?  For whatever reason, the dialog in the first several large scale scenes with Jack Sparrow and company are almost completely intentelligable.  Yes, I get it, Jack is supposed to be drunk as a lord and at the bottom of his career, but this was something other than that directorial choice.  Almost like the voice over mix wasn’t finished, because it wasn’t JUST Johnny’s accented slurring that was difficult to make out.  Scenes with the other main characters speaking on the deck of the various ships were muffled too, and it was a problem for my screening, as it was remarked on by other reviewers too.  The script wasn’t good either, the early reports of “too much plot” gunking up the rigging of the film wasn’t far off the mark, and I was surprised at some of the plot jumps that happen within a 90 second bit of scene.

Casting Javier Bardem was a brilliant choice, his menacing presence fits in rather well and can believably bring Barbossa to heel. The zombie sharks (as seen in the trailers) are both the most ridiculous aspect and my favorite part of the film. The set dressings and production designs of Barbossa’s cabin make it look like good ol Hector has been moonlighting as the Opera Ghost from Phantom of the Opera rather than the controller of the seas (because remember he possesses Blackbeard’s sword). The last probably 9 minutes of the film are the best, most enjoyable, and well crafted of the movie. The use of the classic Hans Zimmer themes including but not limited to Will and Elizabeth’s love theme and others greatly helped punch up the emotional impact of scenes I won’t spoil for you here.

Pirates Of the Caribbean: Dead Men Tell No Tales will undoubtedly make an obscene amount of money this weekend and resulting summer vacation season, but does the franchise *really* need to continue? 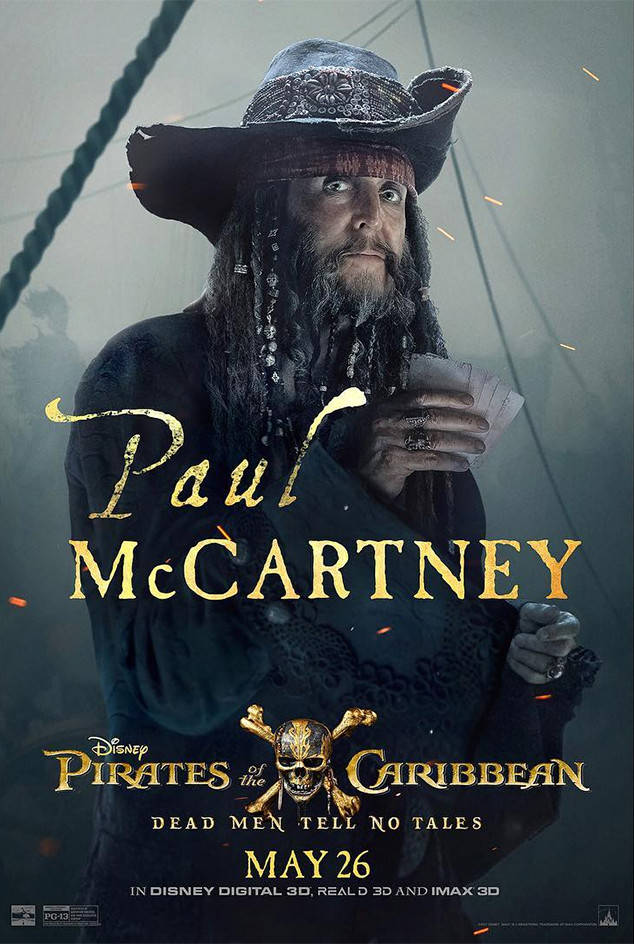 But seriously, I would watch a spinoff with Uncle Jack (Paul McCartney).