When the official poster for Skyscraper hit, I knew I was going to have to see this film. An incredulous jump from a crane onto a burning building done by The Rock?  Sign. Me. Up. 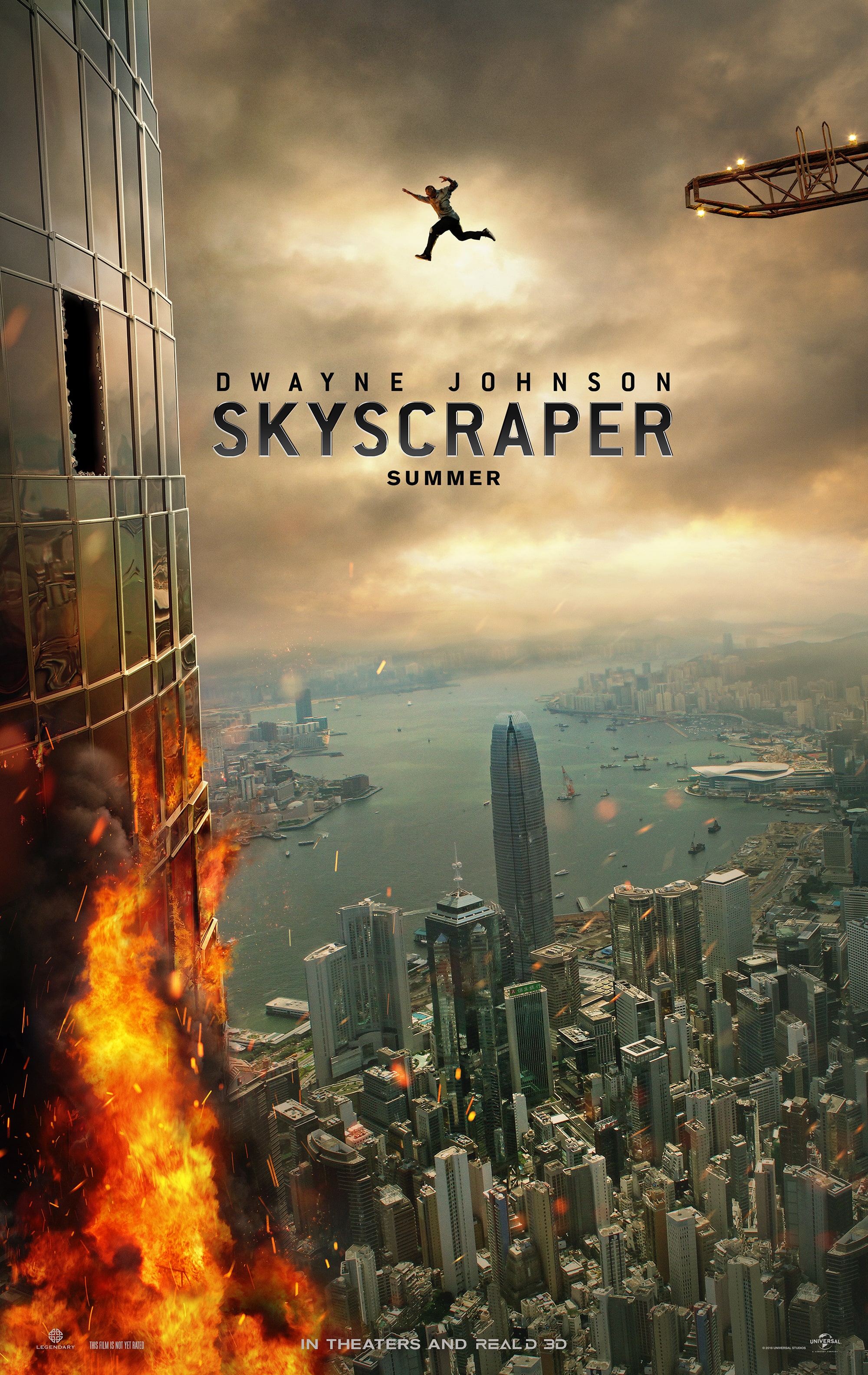 Of course, fan-made versions popped up everywhere, but they did not diminish the anticipation.

It got even better when Dwayne The Rock Johnson took to his instagram to share photos a friend had made- posters done in the style of the classic films Skyscraper takes it’s cues from.

I had these ultra cool vintage posters made paying homage to the two classic movies that inspired me and generations, and became the inspiration for our film SKYSCRAPER. My respect & luv to the GOAT’s – Willis, McQueen & Newman. #DieHard #ToweringInferno #SKYSCRAPER JULY 13th??

There really is a lot of Die Hard in the film, but somewhat lacking the charming Christmas spirit which keeps John McClane in our hearts during the holidays.  That’s not to say there isn’t some good here, because there is. It’s just….predictable.

Perhaps the most surprising thing was the wonderful chemistry between Neve Campbell and The Rock as married couple Sarah and Will Sawyer. Every scene with the pair is believable and engaging. The youngsters who play the Sawyer twins Georgia (McKenna Roberts) and Henry (Noah Cottrell) are also very well cast, and perform admirably in the midst of crazy action and flames.

For the most part though, the film is predictable. You KNOW how things are going to end.

I would more than likely give this film at least full higher point if they didn’t kill off the most interesting character. No, I’m not going to say who it is, because you’ll figure that out for yourself when you see it.  Because everyone will go to see this, and it’ll make money.

Am I more looking forward to seeing what The Rock does in his Jungle Cruise movie? Yes, yes I am.