There are so few GOOD examples of remakes and reboots in the world, but the one that leaves them all in the dust is 2011’s Rise Of The Planet Of The Apes.  Who would have thought the much maligned yet treasured 60s franchise would translate so strongly to modern CGI and audiences? I try really hard to forget about Tim Burton’s unfortunate attempt, as it really didn’t give audiences anything other than Helena Bonham Carter’s makeup, which really was spectacular. 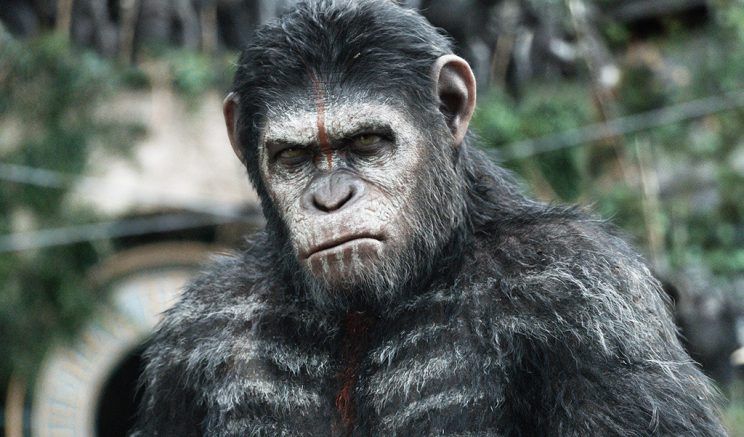 We’ve had three films in the rebooted Apes world, Rise directed by Rupert Wyatt in 2011, Dawn directed by Cloverfield’s‘s Matt Reeves in 2014, and War (also by Reeves) in 2017.  And it’s worth mentioning the series wouldn’t be anything without Andy Serkis’s glorious performance as Caesar, and the countless teams behind the CGI that brings the character to life.

If you are at all familiar with the original Apes stories and lore, you know what’s coming in War.  I will not spoil it for those of you who haven’t, but expect another review when the film actually releases:

Life has progressed for Caesar and his tribe, their mountain home in Muir Woods has grown, they’ve evolved even further from where they were at the end of Dawn. After the drastic turn of events where Caesar’s trusted second in command Koba went rogue and attempted to kill all the surviving humans in the San Francisco stronghold, Caesar made the choice to kill Koba and attempt to establish peace between ape and human.

War encompasses what happens next, an army Colonel played by Woody Harrelson (who is in top form for this film, no shit) is teetering on the edge of madness after his own personal experiences that were results of the Simian Flu outbreak takes control of a large battalion, and invades the Apes’ home, killing Caesar’s wife and oldest son.  The apes decide to leave their woods and journey across the mountains for the safety of a place humans aren’t living in.  Caesar takes off on his own to seek revenge on Colonel, sending his tribe on their way.

The Colonel takes the tribe as slaves, putting them to work on rebuilding an old border army base, but I won’t go into too many details as that may spoil some things.

What you really want to know was if the film was good.

The Good:  I cannot fully put into words how impactful this reboot series has been.  The emotional levels throughout the films and the performances translating into real breathing creatures rather than CGI framework are without parallel.  Serkis’ ability to believably bring his character to life, the scripts and directing choices put War right up there in my science fiction lexicon.  The emotional tension, the family feels, everything you could want in a summer blockbuster.

The Bad:  There are of course some issues, one of which will spoil the ending, so I can’t fully go into the ‘why’ without approaching the hardline.  The addition of a more humorous character was….I dunno, I didn’t mind him I guess, but it definitely changed the tone for some of the more suspenseful scenes in a way I’m not sure I appreciated fully. 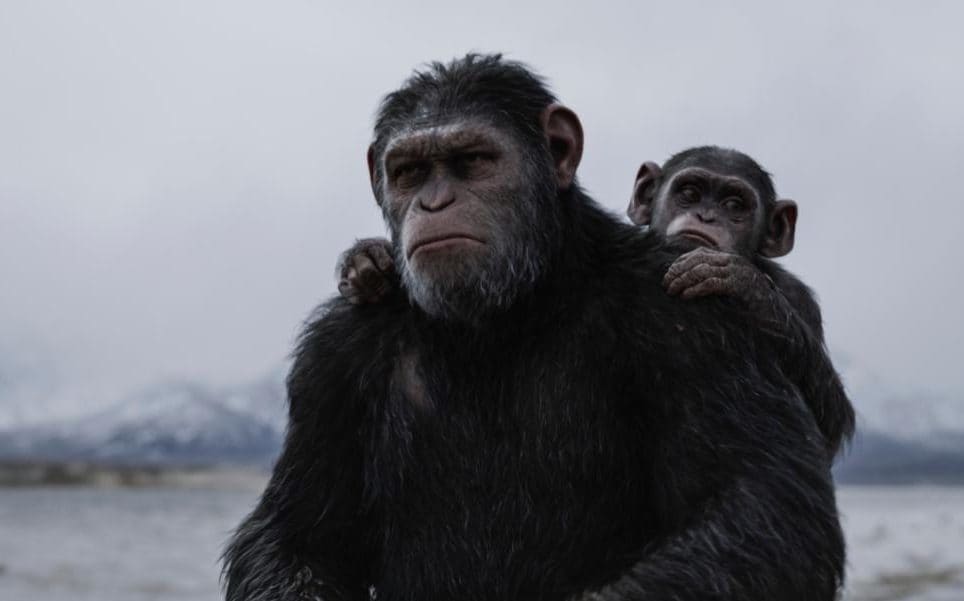 Theoretically if this film does well at the box office (and previous standings for the Apes films indicate that’s a good possibility) we may get more movies in the franchise.  We could maybe, possibly, go all the way into the future, and find out which of Caesar’s apes becomes The Law Giver.

War For The Planet Of The Apes opens worldwide on July 14th 2017.

One thought on “Review: War For The Planet Of The Apes”