In what has become a staple event during San Diego Comic Con International, the Her Universe Fashion Show wowed attendees once again with the glamorously nerdy submissions walking the runway. The room where the fourth annual show was held hit capacity within minutes of the doors opening, with would-be attendees watching from screens places around the lobby; clearly highlighting how exclusive this event is becoming.

Ashley Eckstein, host and founder of Her Universe, wowed in a dreamy gown designed by Andrew McClain (Audience Choice 2014) echoing the theme of the night that “Dreams Come True”. 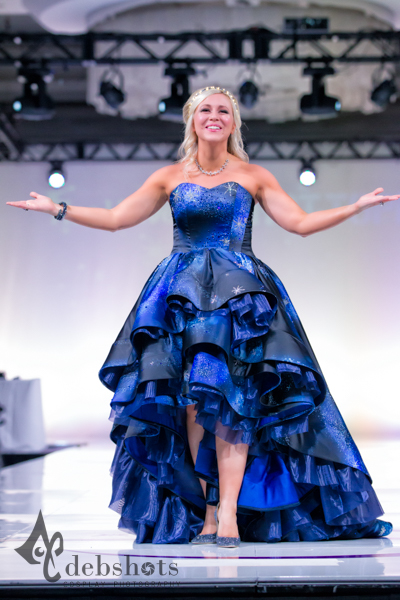 And no where is this theme more evident than here on the runway.

We don’t envy their job, as this year’s submissions improved on the incredible submissions of years past. We overheard more than one conversation as the judges deliberated regarding the overall level of work and detail on the runway, and how far the level of competition has come.

It seems the judges agreed, and after the longest deliberation in Her Universe Fashion Show history, they chose to award Judge’s Choice to not one but two designers. 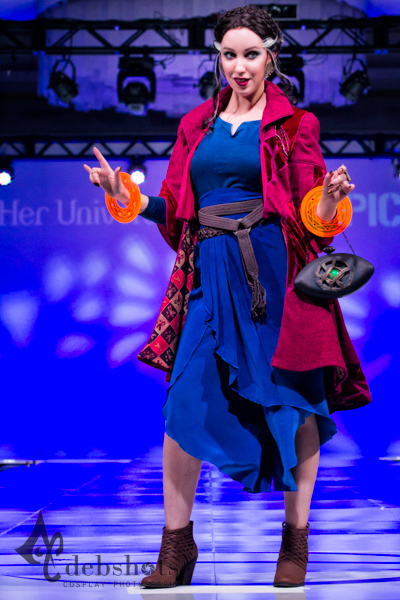 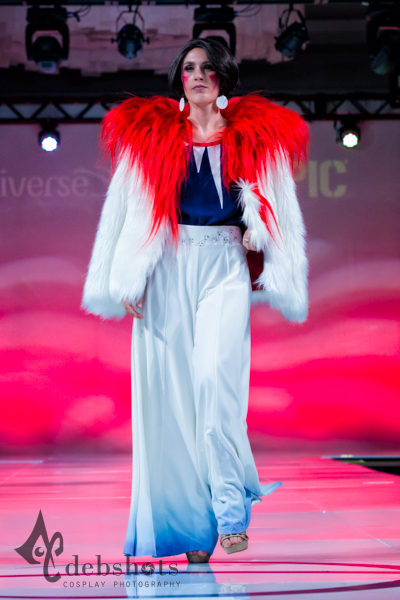 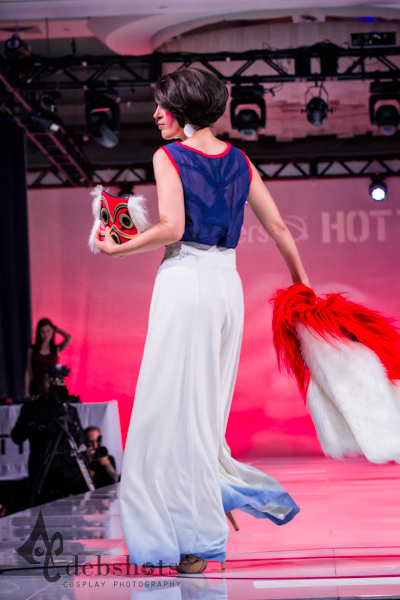 With the votes tallied the Audience Choice was announced, 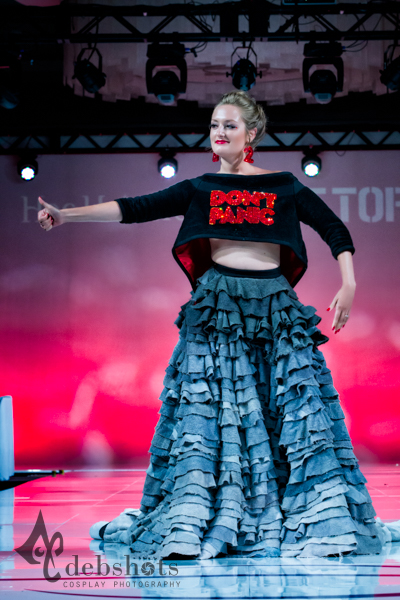 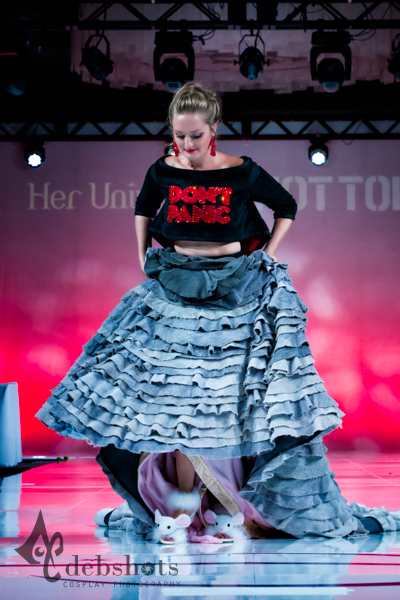 Grace Johnston – Don’t Panic, inspired by The Hitchhiker’s Guide to the Galaxy

And yes, it was completely made of towels. 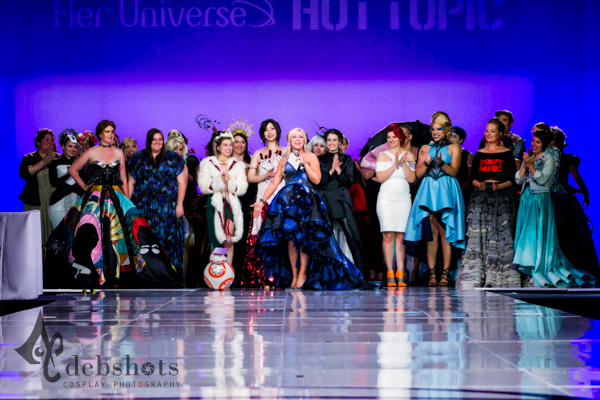 In another shocking first, Ashley Eckstein revealed the property the winners would be designing from: Disney Princesses.
We’re very excited about this announcement, especially given the teeth that these winners have, we know we can look forward to seeing the Disney Princesses through their lens. 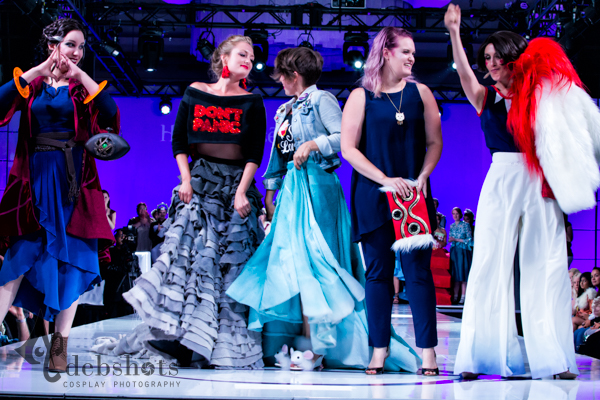 Check out the rest of the submissions in our gallery, and maybe you’ll be in there next year!