Prepare for 31 nights of terror and laughs, as Shout Factory TV and Scream Factory bring us 31 Nights of Horror! All through October, at 7 PM, a double feature of a horror movie and MST3k episode will air on the Shout Factory TV Roku, Amazon Fire, Apple TV channels, along with on their Twitch, Samsung TV Plus, Xumo, and STIRR channels. Some great stuff will be shown, including cult fare such as Chopping Mall and The Wasp Woman, classics like Black Christmas and Nightbreed (the director’s cut), and MST3K episodes like Zombie Nightmare, Mad Monster, and the infamous Manos: Hands of Fate. Check out all the details and full list of films below. 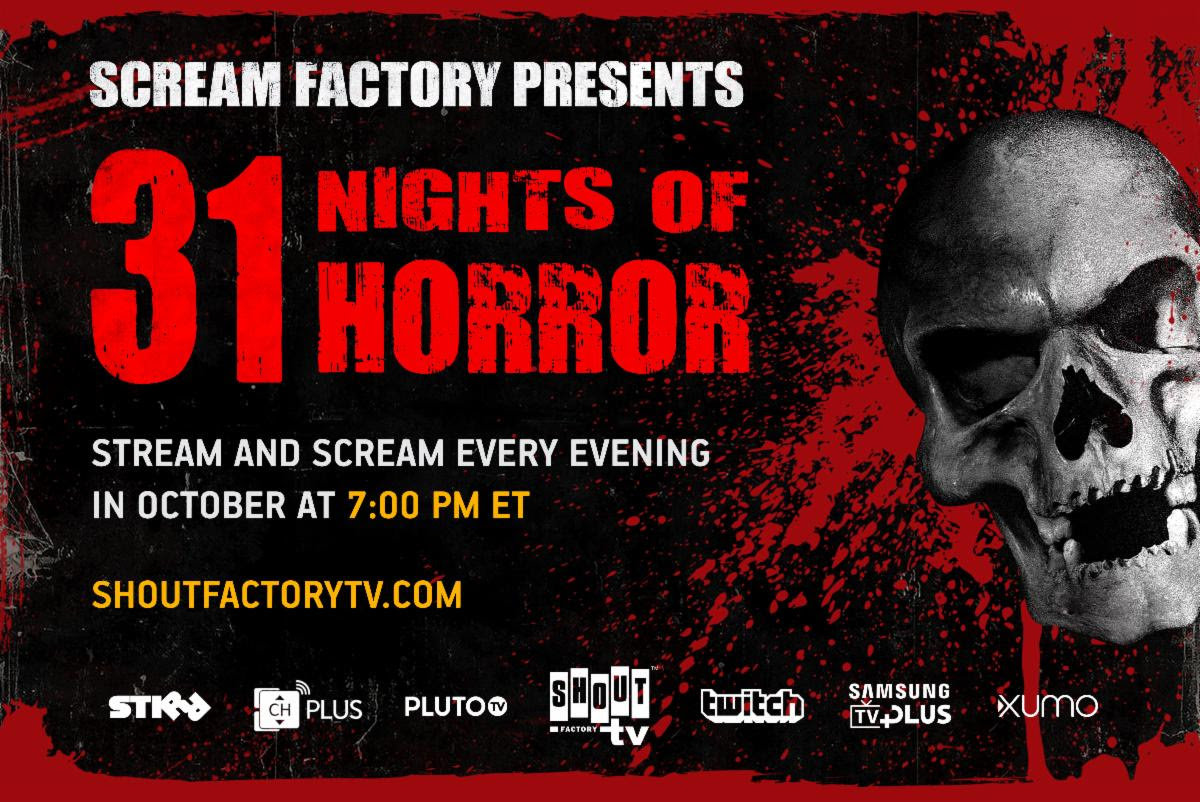 This October, Shout! Factory TV and Scream Factory proudly present 31 Nights of Horror. Fans can tune in each evening throughout the entire month for a double feature that’s sure to satisfy cravings for all things creepy.
Each night of the stream will feature a genre favorite such as Chopping Mall, Witchboard, The Exorcist III, the original Willard, and many more. And since no skeleton is complete without a funny bone, each movie will be followed by a distinctively eerie episode ofMystery Science Theater 3000, including episodes MST3K: Night of the Blood Beast, MST3K: The Slime People and MST3K: The Crawling Eye.
Stream and scream live every evening this October, as 31 Nights of Horror begins Tuesday, October 1 at 7 p.m. ET/4 p.m. PT and continues at the same time nightly through October 31. The livestream can be viewed on ShoutFactoryTV.com; Shout! Factory TV’s Roku, Amazon Fire, Apple TV, and Android apps; and the following digital streaming platforms: Twitch, Samsung TV Plus, Xumo, and STIRR.
31 Nights of Horror also presents the devilish debut of several new films to Shout! Factory TV, including The Undead, The Horror of Party Beach and The Haunted Strangler, with Boris Karloff. These and all films featured in 31 Nights of Horror will also be available for viewing on demand beginning October 1 on ShoutFactoryTV.com; Shout! Factory TV’s Roku, Amazon Fire, Apple TV, and Android apps; and on various Shout! Factory TV branded channels including Tubi TV, Amazon Prime Channels, and the Roku Channel.