Who better to let us know when the next CBS All Access series set in the “Star Trek” franchise premieres but Captain Picard himself? Sir Patrick Stewart posted this to his Facebook page today, announcing the official release date for “Star Trek: Picard”. 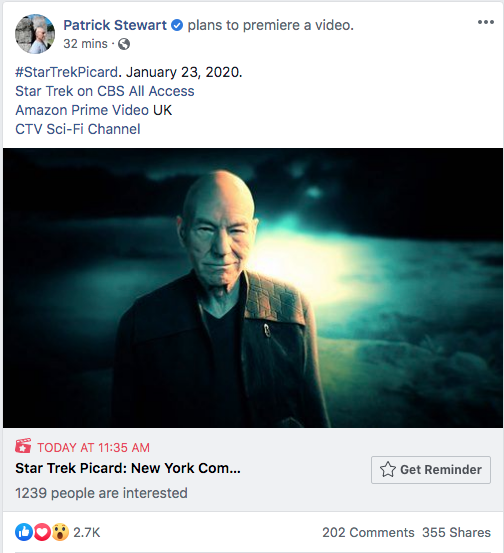 You can watch along with SYFY Wire’s livestreaming coverage here:

CBS ALSO released a new trailer for the show: