I have a lot to say about Ready Player One,  the film adaptation of Ernie Cline‘s book of the same title. The problem is- anything I say from a particular point of view will spoil the film, and I don’t want to do that.  Yet.

This will be as spoiler free as I can make it, assuming you’ve seen the numerous trailers for the flick that Warner Brothers released since last year at SDCC.

I usually recommend people read the source material before seeing the film/tv series, but in this case I’m going to advise against it.  Much like how Sir Ridley Scott’s version of The Martian (book by Andy Weir) was the core of the plot but minus peril of danger elements that made it so special, RP1 has those same issues.

That’s not to say it isn’t enjoyable!  But I must admit-  I love and hate this film equally. 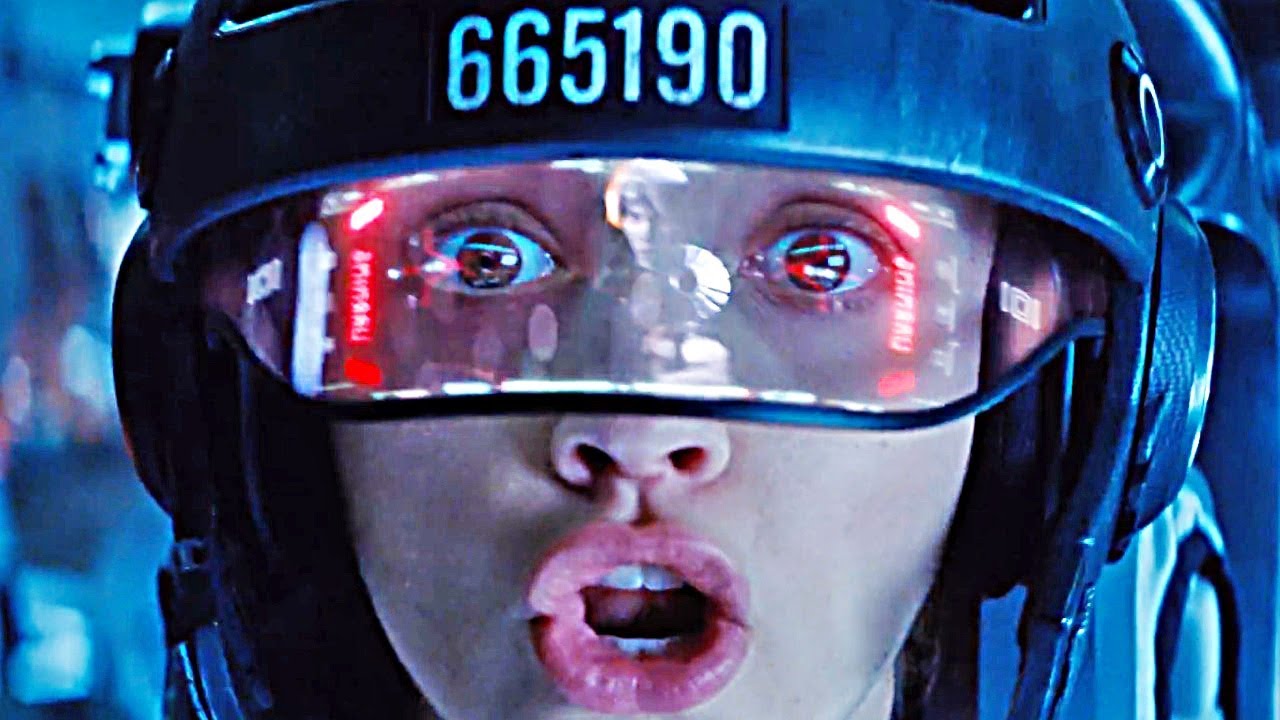 Part of why you need to see RP1 on a large screen are the “I know that thing!” moments.  I’ve seen it twice now, once in IMAX non 3D, and then again last night in IMAX 3D.  It’s strange- I don’t think I’ve ever experienced a film on this scale where you lose some of the grandness of visuals in the 3D. You’ve seen in the trailers the massive battle in the snow- all the avatars of OASIS users charging forward- but in the 3D version, you lose the ability to pick out the majority of the IPs in use.

This is Steven freaking Speilberg telling a highly visual story, something we know he’s a master at. He delivers on this front, for sure.  Olivia Cooke and Lena Waithe are well cast in the personalities as written in the script, you’ll want Aech as your best friend too.

Ben Mendelsohn can chew every bit of scenery even in a digital realm, and I adore him in this role so much.  Other than those gawdawful fake teeth.

Any scene with Anorak is beautiful and exactly what I wanted from the film adaptation.

I promise to go more in-depth about this once the film opens, because you’ll hate me if I do it now.  You may hate me when I do anyway, because emotions are a big part of this film.

The danger element is minimal.  The sense of true loss is minimal. The emotional impact of references, music use, and characters is minimal.  Spielberg *is* the guns-int0-radios guy, after all.

Tye Sheridan is better as Parzival than he is as Wade, and this is probably by design.  While maybe not a true negative, I was hoping to like him in both realms, since I do love the literary character.

Everything is too simple, too easy, and I find myself more angry about that fact the more I sit and think about it.  This is also because I know the source really well (seriously, like REALLY well) and I feel the audience has been cheated out of the true impact of the Quest.

The score is a huge disappointment.  I do love me some Alan Silvestri, but there is nothing particularly stirring about this. I can argue both points- it lets the film breathe without blood pumping additions, it doesn’t need to be big and bombastic- but it kind of frakking does.  When the first piece of the score was released, I knew I was going to have issues with the finished film.

It’s a charming nostalgic adventure for players of all games, but maybe not for true Gunters.  See it for yourself, read the book, listen to the Spotify playlist.

Ready Player One opens in theaters on March 29th 2018.

One thought on “A SPOILER FREE “Ready Player One” Review”