If you’re a fan of the galaxy far far away, chances are you *may* have been watching Monday Night Football.  During the halftime show tonight Disney released the trailer for Star Wars: The Last Jedi trailer. 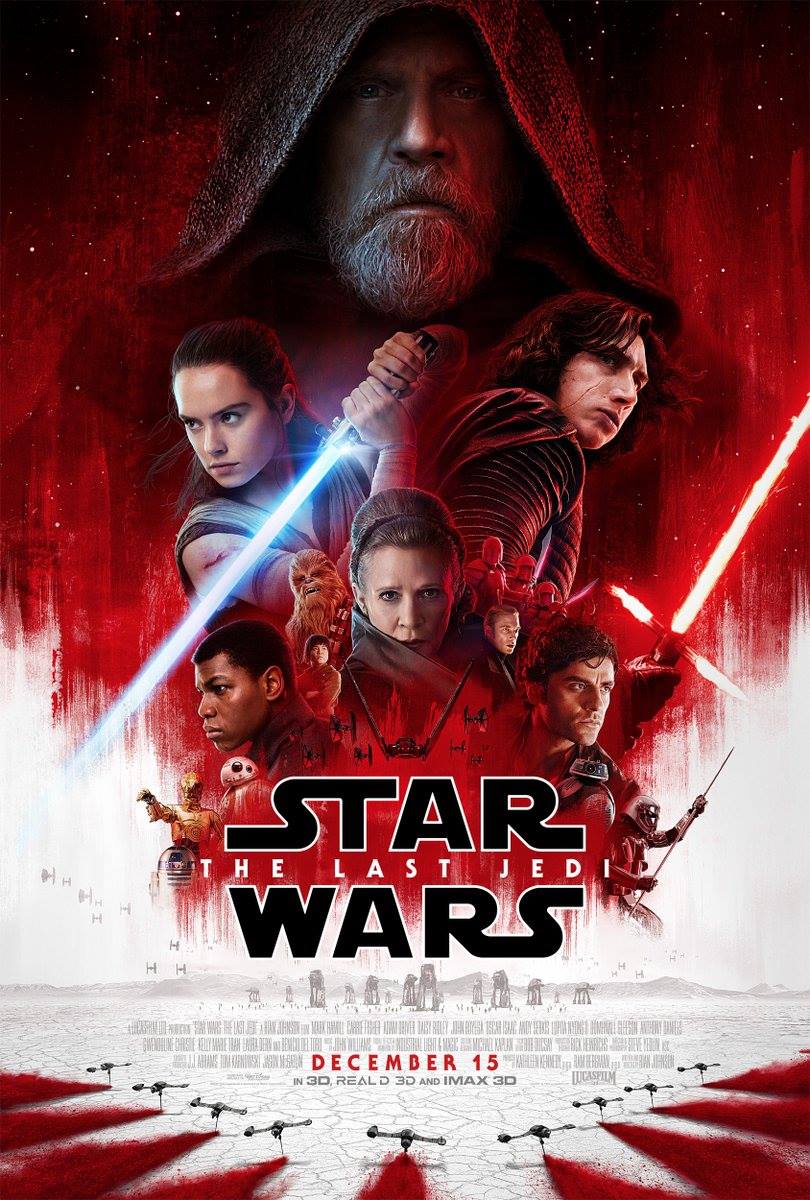 Of course, many Star Wars fans were quick to point out the less than stellar key art used here.  How hard is it to get a traditional painted poster anymore, gosh.

Anyhow, what you’re REALLY here for is the trailer.  Hopefully, you already participated today in the ticket release for the film:

Directed by Rian Johnson, Star Wars: The Last Jedi is the 8th entry into the main saga.  Sure, you could add Rogue One into there, but we’re talking the MAIN saga.  The continuation of the story put forth in Star Wars: The Force Awakens, Last Jedi again stars Daisy Ridley as Rey, John Boyega as Finn, Adam Driver as Kylo Ren, Oscar Isaac as Poe Dameron, but also the return of Mark Hamill as Luke Skywalker, and the heartbreaking final appearance of Carrie Fisher as General Leia Solo.