The Toys That Made Us is one of those shows that just about everyone can enjoy. We all can identify with loving a toy or toy line from our childhood, and for some of us, it bleeds into our very being. Even if you are not into one of the specific toy lines discussed on the show, the stories of how these brands became such a big part of pop culture and our lives are fascinating. Masters of the Universe, G.I. Joe, Transformers, Barbie, Star Wars, Hello Kitty, LEGO, and Star Trek are the first eight subjects covered in Seasons 1 and 2 of The Toys That Made Us, and we were sent the new Blu-ray set to take a look at.

How fitting that this comes with a toy! NECA created a television displaying the shows logo on the screen to include with the Blu-ray set of the show, which is a nice touch. The packaging for the discs is very eye-catching, if not a little on the basic side. I do like that the seasons are separated by disc, and that all the special features on the set are on a separate disc.

Once you get the discs in, you can watch your favorite episodes all in a row or individually. The same picture quality from Netflix is here, along with a nice, clear DTS-HD Master 2.0 track that couldn’t be more pleasurable to the ears. Hearing Roger Sweet say “BOOOOOONNNNNGGGGG” on my sound system at home never sounded so good.

“But Jeremy, I have Netflix already, who is this for???”

Quiet you! While this may be hard to believe, not everyone has Netflix. Some of us are also collectors, and we want to have a hardcopy for our shelf and in case our internet goes out and we wanna watch, ok? Plus: this comes with special features! I will admit, I was a little let down here. The extended interviews with Peter Cullen, Todd MacFarlane, and Jim Swearingen were cool, but the deleted scenes are really short clips. I was hoping for more to it than that. And whoever decided to have the damn intro tacked onto each one needs to think about their life choices a bit. Fun stuff is covered, from extras about Barbie and Star Wars, to selling Toys That Made Us as a show and a cool look at creator Brian Volk-Weiss’s personal toy room. That was pretty neat. 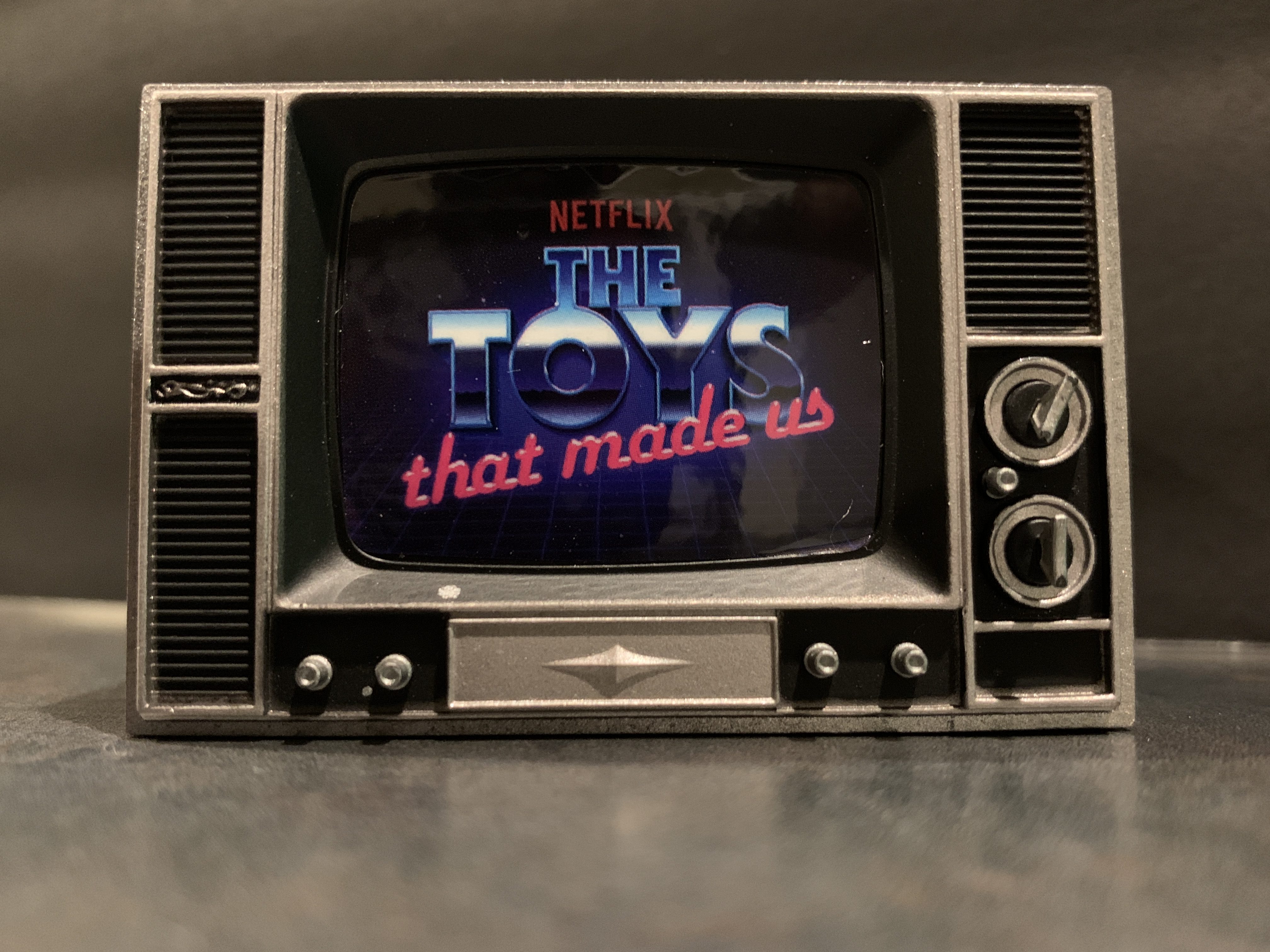 Overall, The Toys That Made Us is a wonderful look at what went into creating these pieces of plastic that we hold so near and dear to our hearts. Sweet and heartfelt, this set is for fans of the show and people who have been curious but don’t have a Netflix account. Including the TV toy is genius, and makes it that much better. Highly recommend.

You can pick up a set of your own right now here.