The latest Lego Star Wars: The Force Awakens trailer has surfaced and the daring Poe Dameron is front and center as the focus of this character vignette. This is the first of a series of character vignettes that will be released by Warner Bros. Interactive Entertainment leading up to the game’s debut on June 28th.

The video highlights the decorated and legendary X-Wing pilot, Poe Dameron and gives us a look into the gameplay mechanics that fans of the franchise have all grown to know and love, while incorporating a few new elements to keep us on our toes. Naturally, as Poe Dameron is the spotlight of this trailer we get some pretty fun looking flight gameplay as well as some blaster elements that are typical of modern shooters. The enhanced multi-builds system will also allow players to use the same pile of bricks in multiple ways which will add a whole new immersive and unique dynamic to gameplay. Additionally, the game is set to include exclusive playable content that will feature all new adventures set in the time before the events of Star Wars: The Force Awakens take place. The inclusion of this content is pretty notable as it gives us further insight into the new movie and its characters.

If that doesn’t pump you up, don’t take my word for it. Check out the Poe Dameron character trailer below:

Lego Star Wars: The Force Awakens will be available on June 28th for PS4, PS3, PS Vita, XBox One, XBox 360, Wii U,  3DS and PC via Steam. A Deluxe version will also be available to XBox One players that will include an exclusive Finn mini figure and access to the game’s season pass. 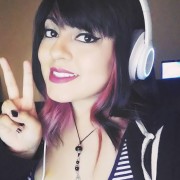