From Jordan Peele, director of the highly acclaimed horror film “Get Out” comes a fresh new spin on the home-invasion sub genre of horror thrillers. Then again, labeling it “home-invasion” would be a disservice to what it really is, and that’s something much larger.

I’ll keep this review short, as seeing every insane moment in Us unfold gradually in Jordan Peele’s nightmare should remain untarnished. So let’s just say the movie on the surface is about a family being terrorized by their own doppelgangers.

Lupita Nyong’o finally, for the first time plays the lead character in a film (hard to imagine this is the first time after winning an Oscar, what the hell Hollywood?!) and I would argue this is easily her best performance to date. And make no mistake, despite it centering around a family this film is hers alone. On a second watch, the genius of her deliberate mannerisms and motivations truly shine.

The Good: In short, this movie is basically near-perfect, and i wouldn’t exactly argue against anyone who chooses to call it a masterpiece. Everything from the eye-popping cinematography, editing, performances, clever writing, direction, and it’s awesome (yet creepy) music are masterful. Every seemingly meaningless piece of dialogue between characters, music, and even props in the first act are paid of by the end of the film. I would claim that’s the sign of a director who knows exactly what he’s doing.

The Bad: If i had to nitpick, i would say one of the drawbacks is it’s story structure. It’s choice of constantly flashing back to 1986 made one of it’s big ending reveals extremely obvious too early on in the film. On top of that, the trailer for the film didn’t exactly help either… i kept remembering iconic shots from the trailer and anticipating every major plot moment. On the other hand, it kind of made the movie interesting on a deeper level… seeing how all the carefully placed pieces would add up to it’s climactic ending. Does knowing the two twists in Hitchcock’s Psycho really make it any less of a masterpiece? To that question I would ultimately have to always answer no.

FINAL VERDICT: Jordan Peele further proves he’s a visionary director to reckoned with. “Us” breeds together a mix of thrills, creeps, and a dash of his signature humor leading up to a bonkers final act that elevates this horror film to the holy-grail of horror “event movie” status.

Rating: R (for violence/terror, and language) 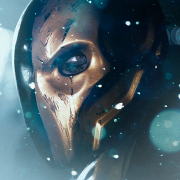