Everyone thought the big news in Captain America: Steve Rogers, where he turned on his sidekick, Jack Flag, throwing him out of a plane, right before hollering “Hail Hydra!” was crazy . But most of knew this wasn’t the first time Cap had gone to the other side. 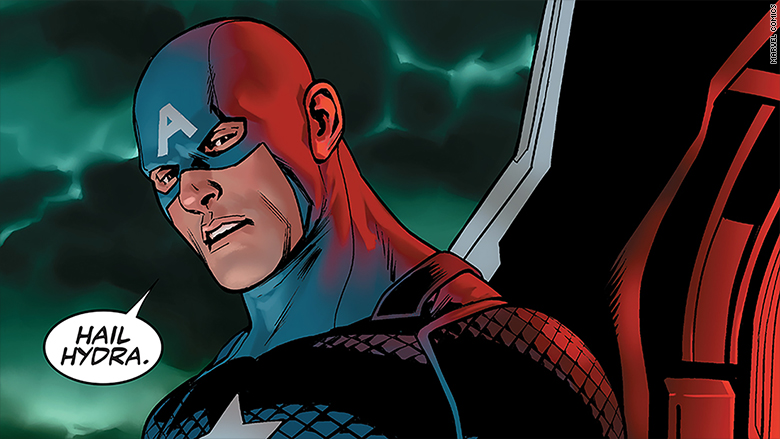 Furthermore, Rogers’s mother joined Hydra when he was little, influencing him from a young age. Ofcourse…fans were outraged. The editors at Marvel and Captain America: Steve Rogers writer Nick Spencer knew this story would bring the fans out in full, offended force – ending the very first issue with Steve admitted he was loyal to his lifelong enemy, Hydra. But as the story continued, revealing Steve Rogers was never the hero fans thought, and seeing him kill beloved Marvel heroes, things turned sour.

If you continue reading…it’s at your own risk….

In Avengers Age of Ultron you see a little glimpse of Cap almost lifting Thor’s hammer, well Captain America may have become a Hydra-loyal, fascist dictator, but according to Marvel Comics he’s still worthy of Thor’s hammer, Mjolnir. hat bombshell made its debut in the Secret Empire: Free Comic Book Day issue acting as a fill-in story between the Secret Empire #0 that saw Captain America take over America, and the Secret Empire #1 that followed up by showing aome Avengers joined Hydra too. The moment fans missed may be the biggest, or most controversial yet, as Steve Rogers raises Thor’s hammer… after stealing it from the god of thunder, not rightly claiming it.

he moment in which Steve Roger lifts Mjolnir was actually spoiled weeks ago, promising that the Secret Empire event would be an even bigger shock to the Marvel Universe than Steve Rogers joining Hydra to some, and a sign that Marvel and writer Nick Spencer’s ‘blasphemy’ was only gaining speed. After all, Mjolnir is where the Asgardian power of a god rests, only to be lifted by those deemed “worthy.” So what is Marvel saying if this Captain America – who helped the Nazis win World War II – is still as noble and virtuous as ever…?

But how?  The story is told by narration of the heroes. Scarlet Watch is struck by some kind of mystical/magical attack, sending her into uncontrolled, flying convulsions. Given the look on her face, it seems Steve Roger found a way to brainwash her, or take control of her mind and powers. Meanwhile, Vision is seemingly overwhelmed by a technology-based attack from Cap’s forces, leaving him spouting off a long string of 1s and 0s… and using his powers of density manipulation to turn current Thor (Jane Foster) intangible. Intangible, as in ‘incapable of holding anything, let alone Mjolnir.’ 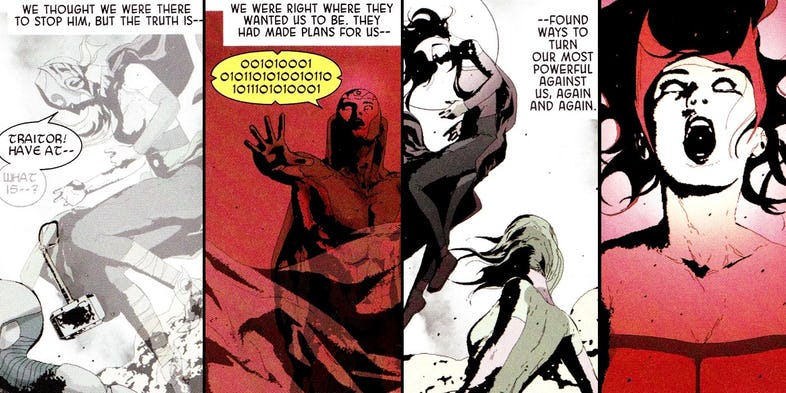 With Mjolnir resting unwielded on the ground, , with some truly inspired artwork fragmenting the action and shock of the other heroes alongside Cap’s fingers wrapping around the Hammer’s handle. Thanks to the previous leak, most fans will know what comes next, but Spencer continues to drive home the idea that Earth’s heroes are absolutely, unequivocally outmatched by Steve Rogers and his Hydra empire. 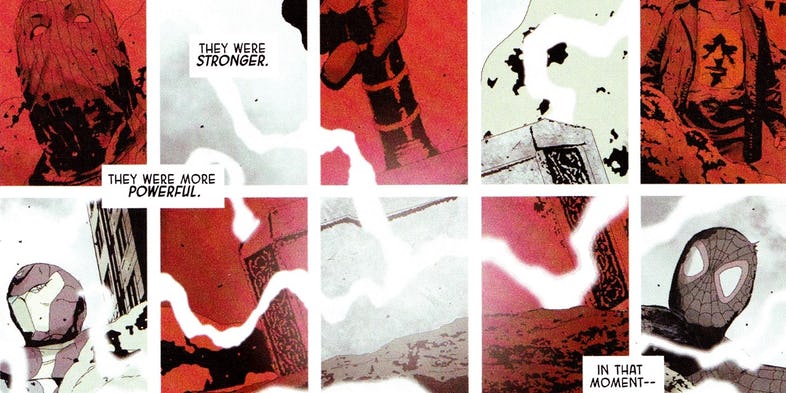 Like, really, really, outmatched, everyone. Almost embarrassingly outmatched. As the narrator says, Captain America and his allies are “stronger… more powerful… in that moment… they were worthy.” And with those final words, the sudden attack leaves the combined might of Earth’s still-heroic heroes standing, slack-jawed, as Captain America – having betrayed them all, killed countless of his former allies and more under his protection – raises the hammer above his head, still worthy enough to do so. 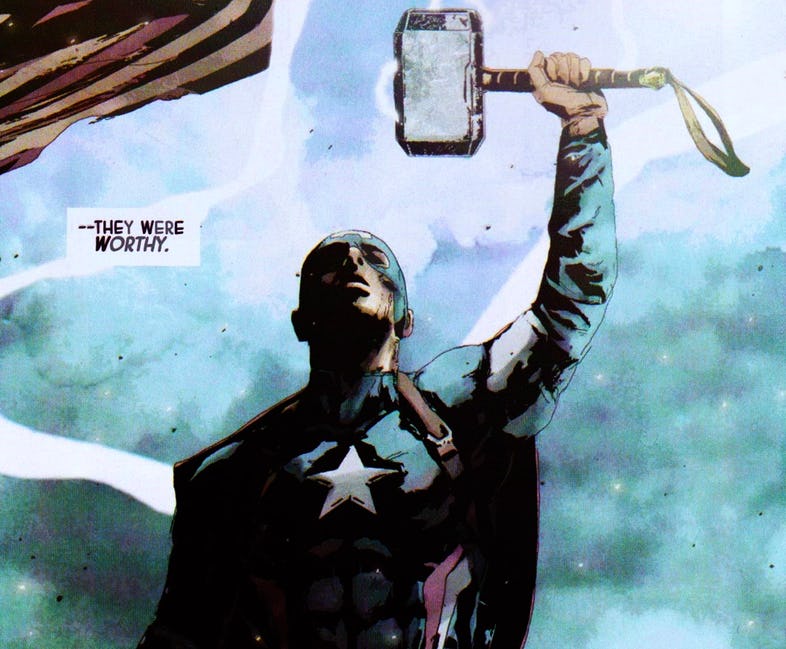 It’s where the issue ends, having more than established why the heroes that survived this fight into Secret Empire #1 are truly a long shot resistance.. But it leaves fans with one big question, or criticism. At the end of the day all I have to say is..