Unicron is almost here folks. With only four days left for the Haslab Unicorn to be funded, the biggest Transformers figure of all time has 6,873 backers of the 8,000 needed to see the project made. As the final push begins, a slew of announcements were made yesterday, including that the figure now has 15 points of articulation in his hands and fingers, and backers of the project will receive access to an exclusive digital comics bundle from IDW. Today we are excited to share a new Q&A with Takashi Kunihiro, Senior Product Designer at Takara Tomy and Transformers about the design process behind Unicron, how it all came about, and more!

How did you first hear about this project?

2 years ago when we heard that Unicron has been selected as part of the Haslab project I was ecstatic! Being on the same platform as Star Wars, I felt happy that Transformers in now seen in the same spotlight. My immediate thought was that I wanted to make this at least 100cm in size. But very quickly after, I had a feeling of “this is going to be an extremely complicated project” and as I looked around the room with other senior designers we all felt the same without saying a word.

Where did you even start with the idea of designing this giant toy?

There were a lot of trial and error at the beginning of this project. The biggest setback was how we started our thinking from looking at the previous largest Transformer toy we’ve created and that’s Titan class Fortress Maximus. My first instinct was that Unicron has to be at least twice as big if not more than Fortress Maximus. So I consulted with Ono san, our senior designer who made the original G1 Fortress 30 years ago and see if there’s anything we can learn from his development of the toy. 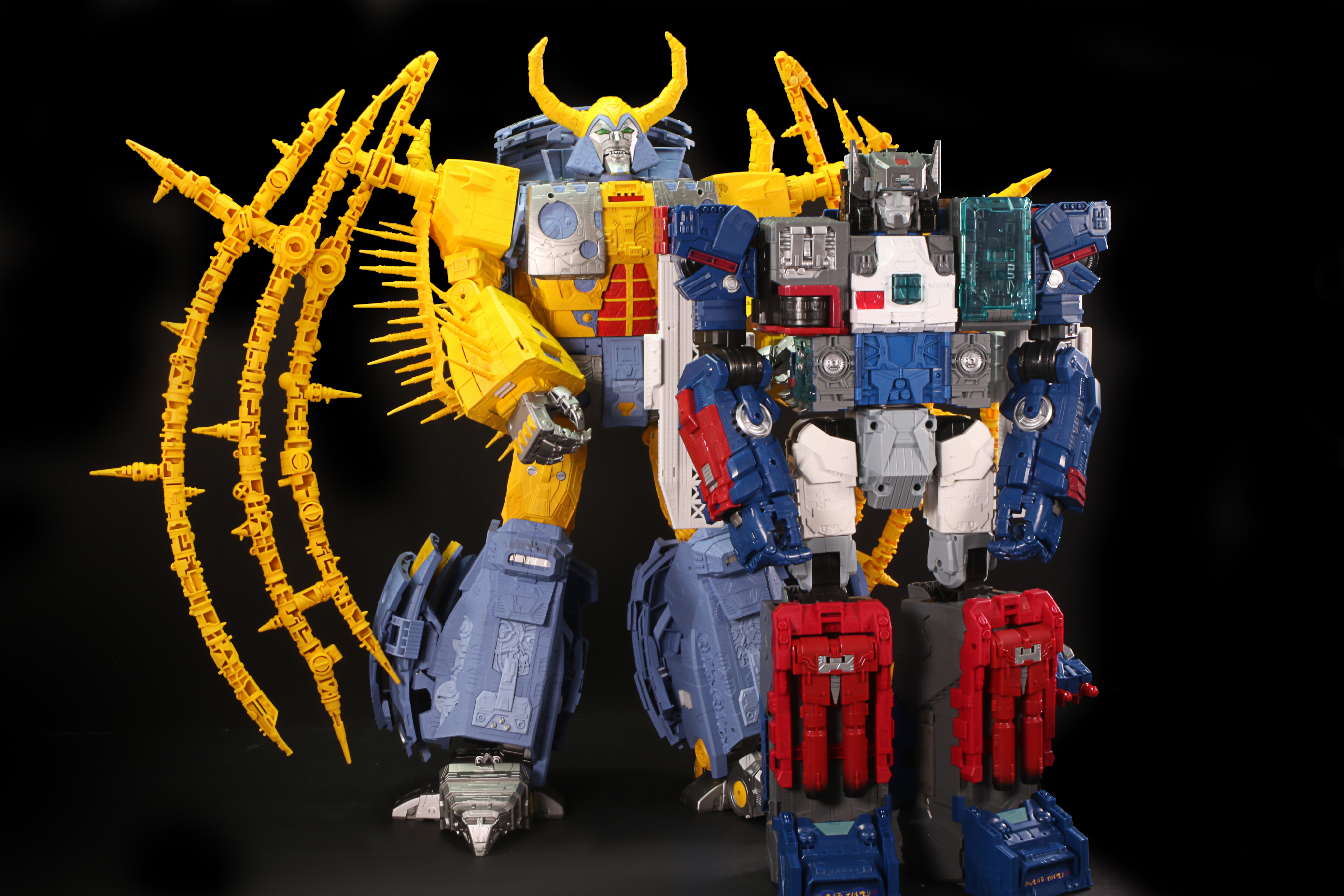 So how did the learning of Fortress Maximus apply to Unicron?

I quickly realized that it doesn’t. Not in the slightest bit. Ono san had a lot of creative liberty within Fortress as long as he can create a big, cool robot that convert into a big base.  On the other hand, our Unicron is inspired from the 1986 movie character where he has distinct Robot and Planet mode design.

Then what would you say was the biggest challenge in designing Unicron?

The biggest challenge is to make the planet mode a perfect sphere with absolutely no space/crack from any 360 angle. As if that’s not a challenge enough, Unicron has unique robot features so I knew the conversion steps was going to be extremely complicated to build. Another challenge worth mentioning is that even if I wanted to recycle parts like his horn, the size varies as robot vs planet mode so I couldn’t. Therefore, we ended up with twice as much as parts for Unicron and much heavier toy than Fortress. Speaking of weight, if I made this toy as big as 100cm like my first instinct, there was no way plastic could hold that much weight to create the Unicron shape.

Lastly what do you want to say to all the TF fans?

Through hardship and challenges we’re at the last stretch of the Unicron crowdfunding period. I believe we’re at a cross road in Transformers history where the largest converting Unicron will be made or it may end as a dream. The choice is yours.

Unicron can be backed right here. Help make this dream a reality!