Killer Klowns From Outer Space is one of the all-time cult classics. A lot of people throw that term around loosely, but the 1988 film is the true definition of the term. Featuring a band of oversized aliens that look like clowns who trap their victims in cotton candy cocoons to drink their blood, it is an experience to see. Aside from the bad acting and script, it does feature amazing practical effects and one of the best theme songs of all-time. It is a requirement to post it when you talk about this film, so here it is:

Funko has waited an awfully long time to make these, well, iconic characters into Pops. This weekend at NYCC however, the first figure is finally a reality. For those not at the con, it is also available at Gamestop as a shared exclusive.

The first Klown immortalized is Slim. He was the one in the film that entertained a group of people at a bus stop with impressive shadow puppets, before swallowing them whole with a dinosaur shadow puppet. He shrinks them down and places them in his bag, feeding the little baby popcorn Killer Klowns. He is also the most frequently seen Klown in the film.

Slim comes with his bag in one hand, and his cotton candy ray in the other. He has a creepy grin on his face, and Funko did a great job capturing the wrinkles in the original suits faces. This is a must-own Pop for horror fans, as the oversized nature of the Klowns lends itself very well to Pop form. 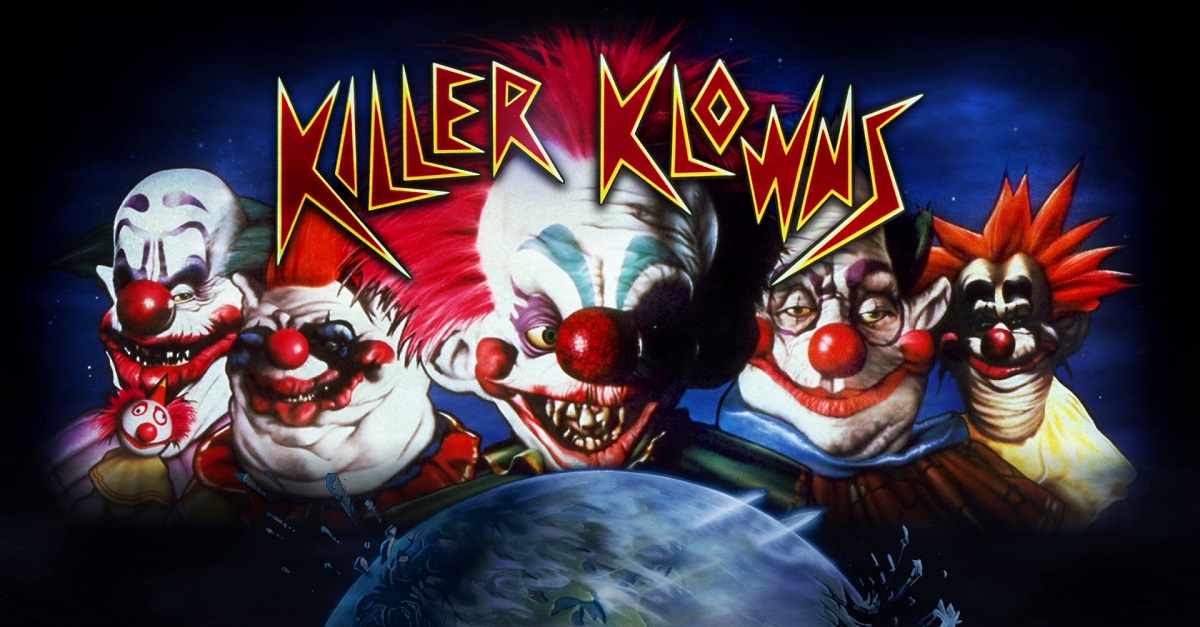 What others should they make next? Obviously Shorty is a must. Some would argue that he should have been first. Fatso, Jumbo, and Spikey would be cool too. Jumbo can come with the police chief as a dummy! They could even do a giant Pop of Jojo the Klownzilla as well.

Do us horror fans proud here, Funko. Give us the cute, little, murderous Killer Klowns Pops we deserve!