Neca, one of the best names in movie licensed action figures, gives us a hell of toy to spotlight on this very appropriate day! Feast your eyes on this Friday the 13th: Part 3, Jason Action Figure! KI-KI-KI MA-MA-MA… KI-KI-KI MA-MA-MA…

The Friday the 13th film series is one of the most beloved horror franchises. People always seem to forget that the series’ iconic, machete wielding murder Jason, wasn’t even the killer in the first film. Another interesting piece of movie trivia thats often forgotten, is the fact that Jason didn’t wear his trademark hockey mask until his appearance in the third film. Friday the 13th: Part 3 is still regarded as the film that set the status quo for the Jason character, as we still remember him today.

This extremely detailed and well painted figure features Mrs. Voorhees bouncing baby boy looking as gorgeous as ever. In fact, he looks like he is going to leap right out at you, much like he did when Friday the 13th: Part 3 hit cinemas in August of 1982. Poised to slay the negligent, sex crazed counselors of Camp Crystal Lake once more, this Jason Voorhees action figure stands at approximately 7 inches tall. He is depicted in his most iconic look of all and features over 25 different points of articulation. Jason also comes with a myriad of accessories. They include; two unique and interchangeable head sculpts, two signature hockey masks, a pitchfork, knife, wrench, fire poker, harpoon gun, axe, and of course, his signature weapon of choice, the machete. The Neca, Friday the 13th: Part 3 Jason, ultimate 7 inch figure, comes packaged with a lenticular front window flap. This of course is honor of the film’s 3D release.

Pricing on this item starts at just $19.99 before shipping and handling. It is available for preorder now from our friends at Entertainment Earth, so make sure you pick one up for yourself or the horror buff in your life! Follow the link below to buy! 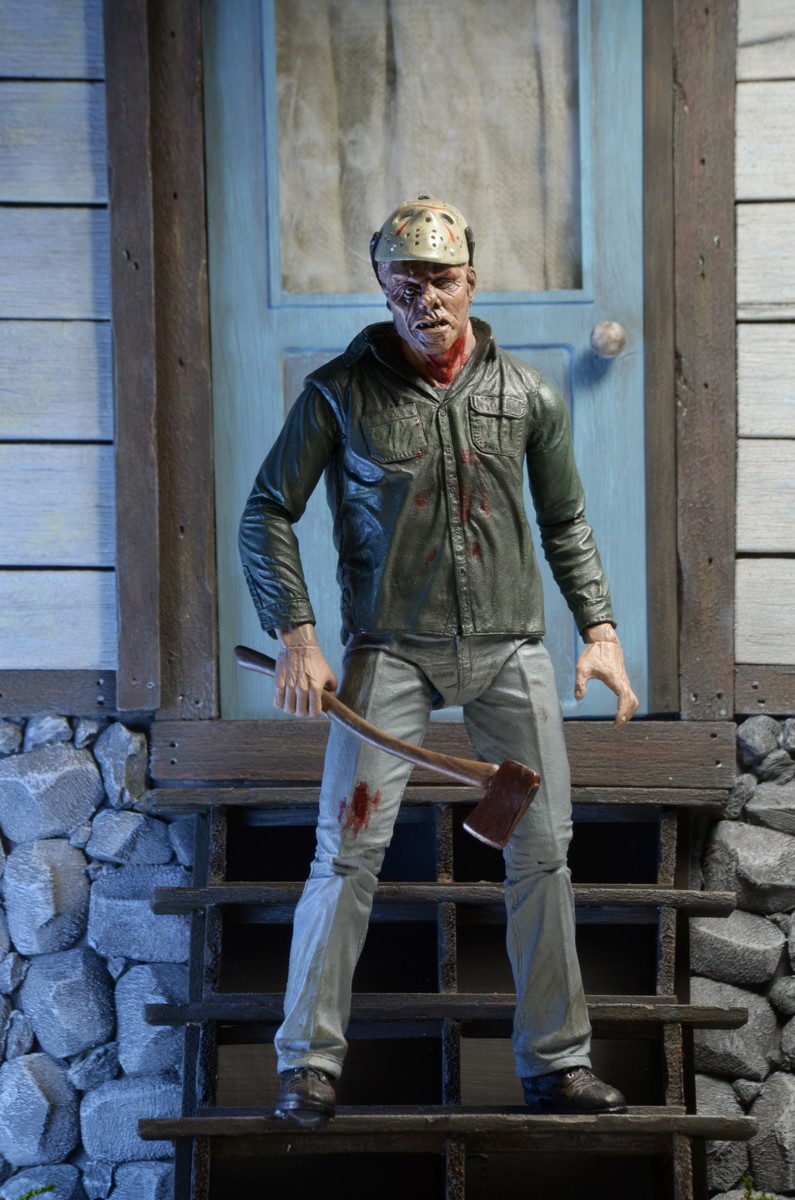 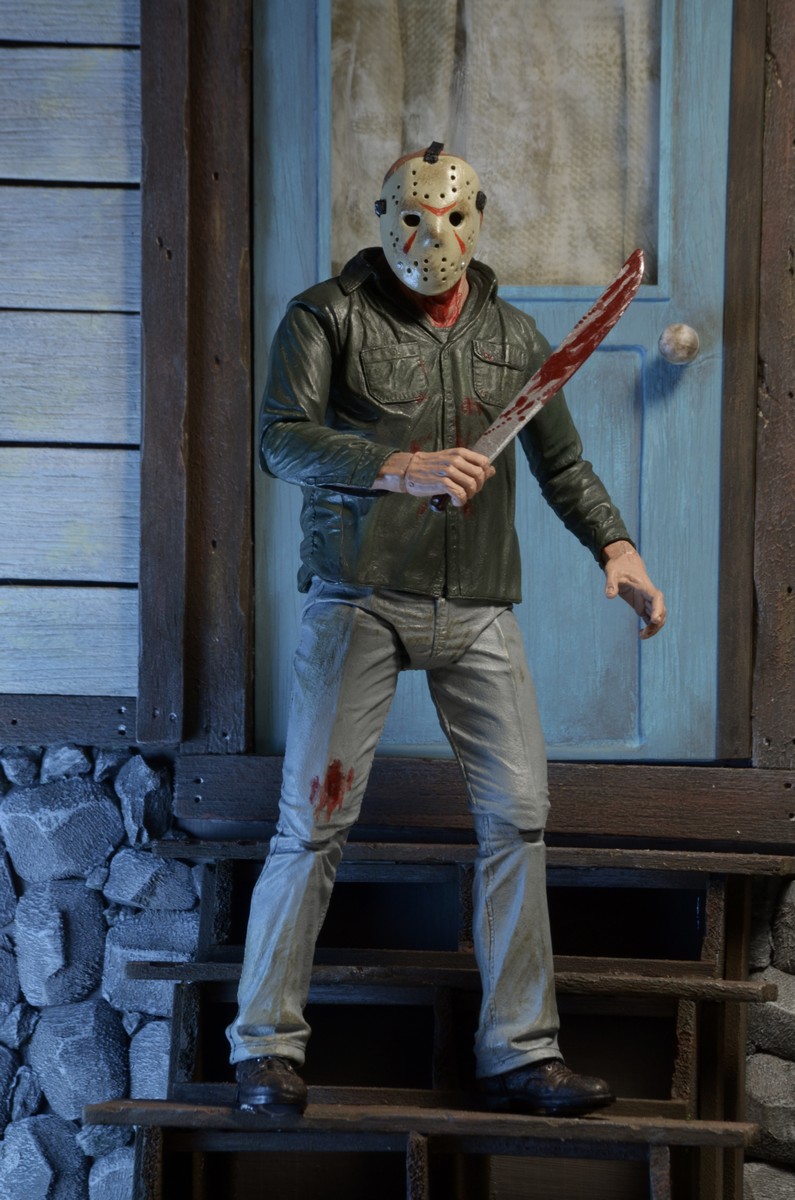 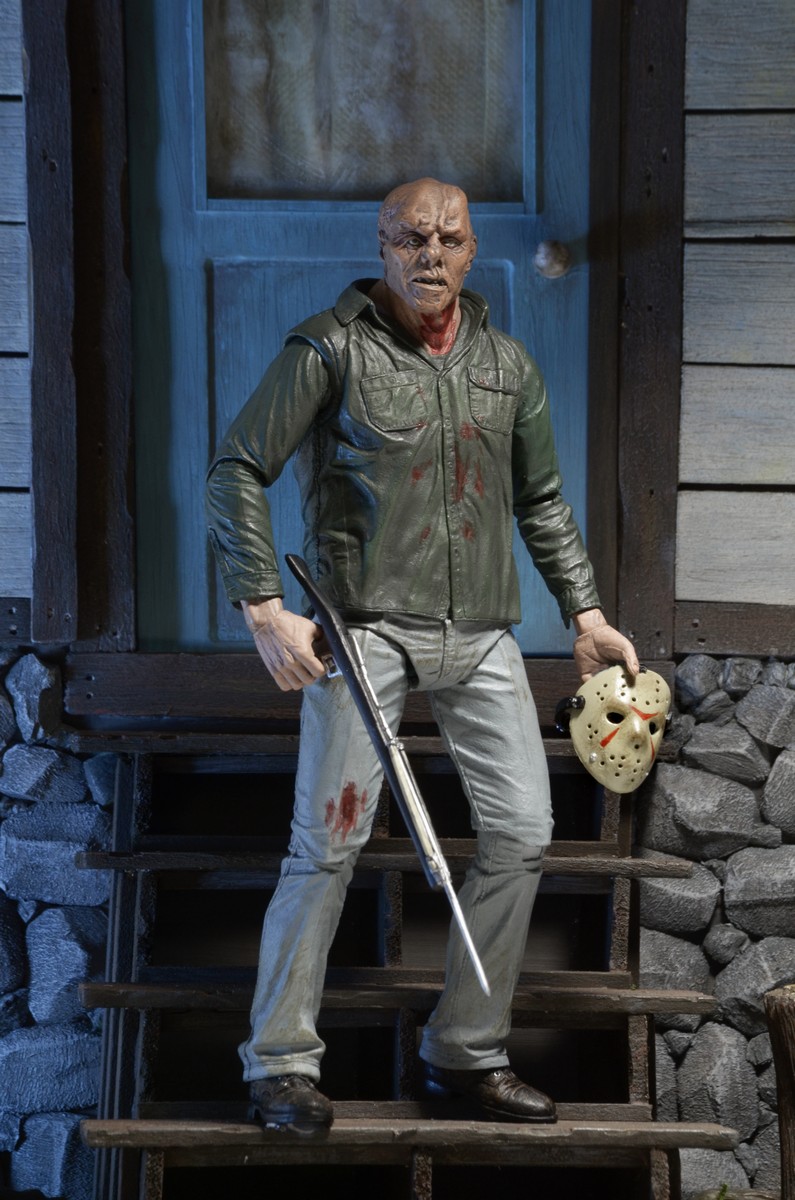