As part of their 2017 collection, motorcycle brand HJC Helmets have released a helmet inspired by those worn by X-Wing fighter pilots.

The headgear retails for $179.99, is DOT approved and completed with its very own orange sunshield. But this isn’t the only way you can make step up your cruising attire. The company have previously released two Boba Fett and a Kylo Ren helmet, both full faced. 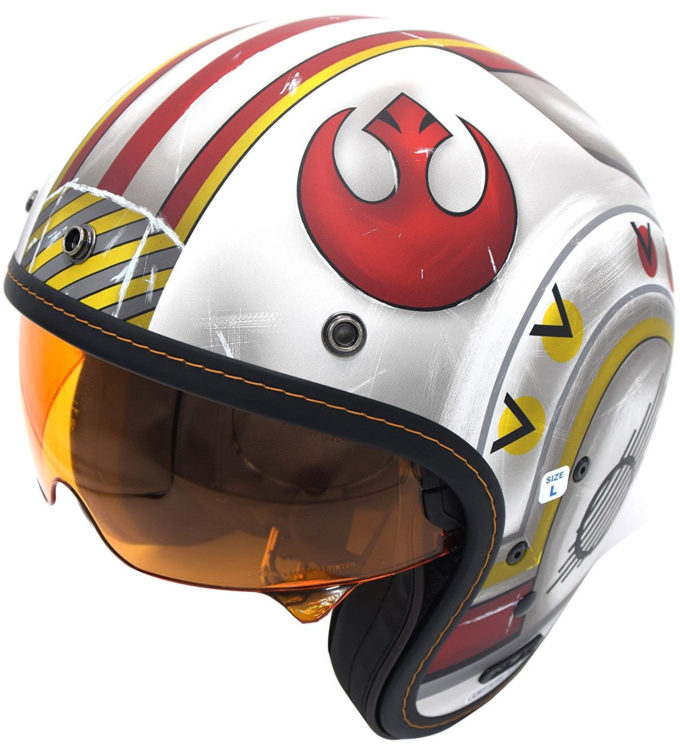 If transporting yourself into the Lucas Films universe isn’t quite your thing, don’t fret! HJC have also curated a few helmets for your favorite Marvel heroes. Iron Man, Captain America, and Punisher have already been released, with Spiderman and Venom to come shortly.