This’ll be director Zack Snyder’s third time stepping up to the plate for the DC Comics film universe. I’m one of the few who actually liked Man Of Steel, so I’ll at least give him credit for that one. A lot of hopes and fears for the future of the superhero genre are resting on his shoulders with this one.  (even though yes, we’ll be getting Wonder Woman first)

Here is the brand new poster released earlier this week ahead of this trailer: 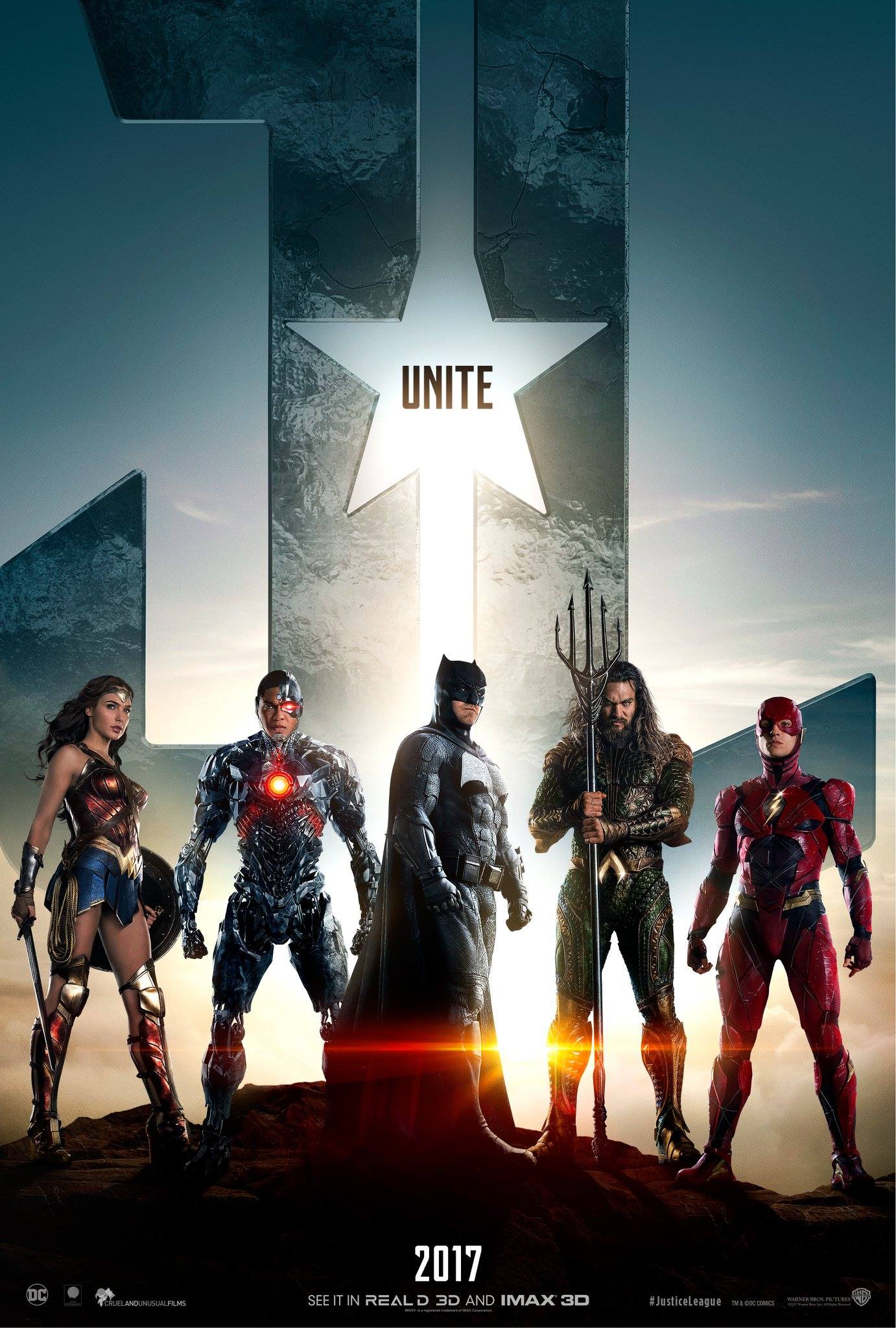 Justice League will bring together the biggest superhero personalities in the DC Universe; Batman, Superman, Aquaman, Wonder Woman, The Flash, and Cyborg for the first time.  Still no confirmation if we’ll EVER see a Green Lantern or Green Arrow join the team, but there’s certainly been enough fan interest though.

Justice League is set to roar into theaters November 17th 2017.